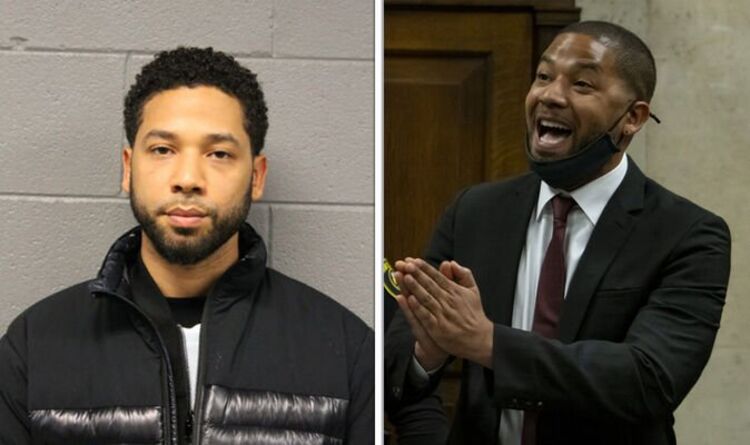 Jussie Smollett, 39, is set to be released from jail on bond, a court has ordered during an appeal to overturn the former Empire star’s conviction. The Mighty Ducks star was sentenced last week after being found guilty of lying to the police.

Smollett claimed to have been the victim of a racist and homophobic attack in January 2019 but was accused of staging the attack himself.

On Wednesday, judges ruled Smollett should be released while the appeal of his conviction on five felony counts of lying to police about a racist and homophobic attack is underway.

The 39-year-old has spent just six days in prison, however his lawyers argued that he would be in danger of physical harm in prison, stating that their client had received “vicious threats” on social media which “no doubt reflects the hatred and wish for physical harm toward Smollett, which he may experience during incarceration.”

They also said that Smollett would have completed his sentence by the time the appeal process would be completed.

Smollett was remanded into custody immediately.

During the sentencing, Smollett said in an outburst: “If I did this, then it means that I stuck my fist in the fears of Black Americans in this country for over 400 years, and the fears of the LGBT community.

“Your honour, I respect you and I respect the jury, but I did not do this, and I am not suicidal, and if anything happens to me when I go in there, I did not do it to myself, and you must all know that.”

Earlier this week, Smollett’s family claimed he had been placed in the prison’s psychiatric ward.

The 56-year-old journalist’s followers on Twitter had a mixed reaction to what he had to say.

In view of his 7.9 million followers on Twitter: “Jussie Smollett, for all his pathetic courtroom squealing, is an entitled, narcissistic, arrogant, lying, hypocritical, race-baiting douchebag…

“And his despicable actions were the inevitable consequence of a virtue-signalling society that celebrates & rewards victimhood.”

Piers previously called Smollett a “snivelling liar” in his Mail Online column, in 2019.