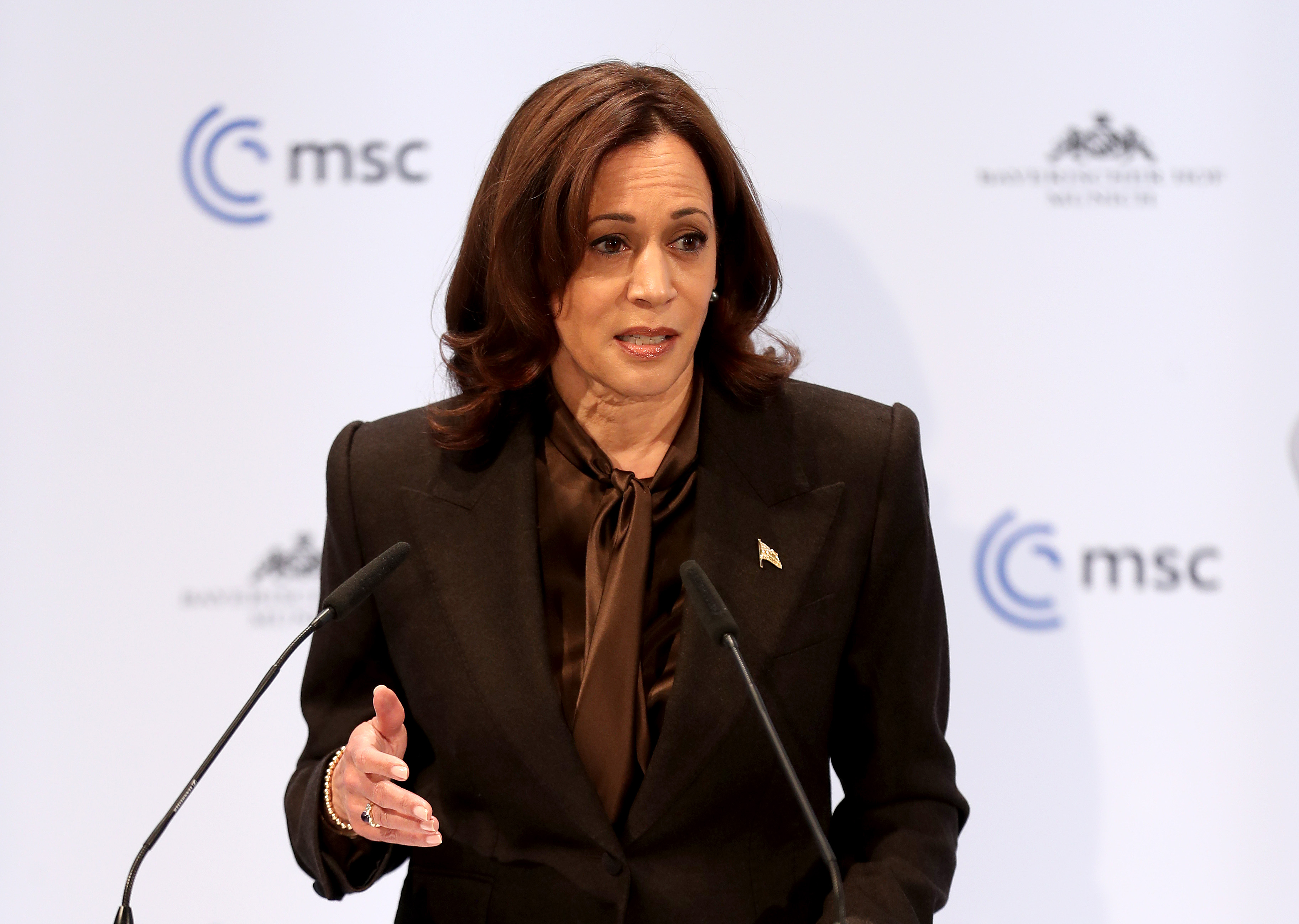 Vice President Kamala Harris has warned that Moscow will face “unprecedented economic costs” if the country chooses to invade Ukraine as the U.S. has warned a Russian attack may be imminent.

Harris spoke at the Munich Security Conference in Munich, Germany on Saturday and said that the U.S. and its allies had achieved “remarkable unity” on the approach to Russia.

The vice president’s comments came on the same day that Secretary of Defense Lloyd Austin warned during a visit to Lithuania that Russia was “poised to strike” Ukraine.

Harris told the security conference: “Let me be clear, I can say with absolute certainty if Russia further invades Ukraine, the United States, together with our allies and partners, will impose significant and unprecedented economic costs.”

The vice president said the U.S. had worked with partners to prepare economic measures that would be “swift, severe and united.”

Harris went on: “We will impose far-reaching financial sanctions and export controls. We will target Russia’s financial institutions and key industries. And we will target those who are complicit and those who aid and abet this unprovoked invasion.”

“Make no mistake: The imposition of these sweeping and coordinated measures will inflict great damage on those who must be held accountable,” the vice president said.

Harris said that while U.S. troops would not fight in Ukraine, the U.S. would defend “every inch” of NATO territory.

“The United States, our allies, and our partners—together we have achieved remarkable unity,” the vice president added later in her remarks.

“It is evident in our shared acknowledgment of the threats, our united response, and our determination to uphold the international rules and norms,” she said.

Secretary of Defense Lloyd Austin visited Lithuania, a NATO member state, on Saturday and warned that Russian troops amassed along Ukraine’s borders “are uncoiling and are now poised to strike.”

Austin said the Russian troops were “moving into the right kinds of positions to be able to conduct an attack” but said an invasion was not inevitable and Russia could choose a “different path.”

“The U.S., in lockstep with our allies and partners, have offered him an opportunity to pursue a diplomatic solution. We hope that he takes it. We hope that he steps back from the brink of conflict,” Austin said.

The secretary of defense, who served as commanding general of U.S. forces in Iraq from 2010 to 2011, said he agreed with President Joe Biden‘s assessment that Russian President Vladimir Putin had already made the decision to invade Ukraine.

“There are significant combat forces forward, those forces are now beginning to uncoil and move closer to the border, that facilitates their onward movement,” Austin said.