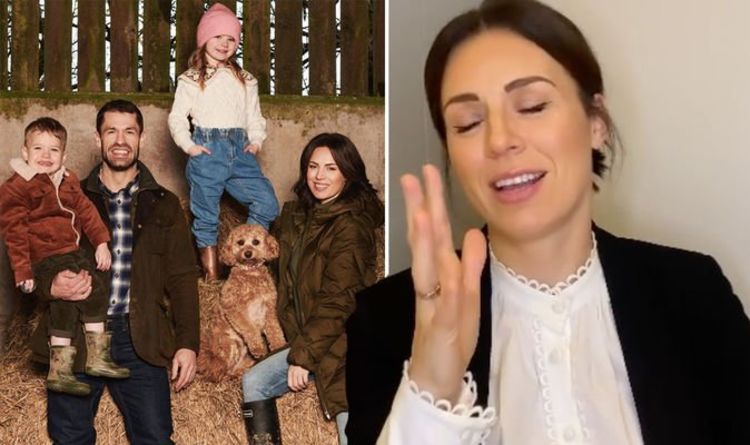 Liz Marsland and her husband Kelvin Fetcher, have begun their new life as farmers, after they and their two children uprooted their urban life to move to the Peak District. But the Cold feet actress admitted at first, it all came as a bit of a shock.

Ahead of their new show Kelvin’s Big Farming Adventure that’s set to begin on BBC One later this month, Liz admitted she was initially taken aback when he showed her photos of an 18th-century cottage.

“I thought it was just one of his mad moments!” she giggled in a new joint interview.

But while their new lives as farmers is well under way, they soon came to realise that they were naive about the challenges ahead.

“Sometimes I do wonder whether we’ve taken on too much,” he admitted.

“But I can’t imagine us not doing this now. It’s ignited something inside me, and I love it.”

But Kelvin, who triumphed on Strictly with professional dance partner Oti Mabuse in 2019, remains stunned about how much the outdoorsy life has changed him.

“If you’d have told me the night I lifted that glitterball that 18 months later I’d happily be shovelling pig poo, I would have struggled to believe you,” he chuckled.

“I used to listen to a little quirky jazz or hip-hop in my downtime; now I’ve got a podcast on how to rear cattle!

“And the funny thing is that I absolutely love it and can’t wait for a long drive so I can indulge.”

Their farming adventure begins on BBC One Monday 17th January.

Kelvin and Liz’s full interview is available to read now in Radio Times.