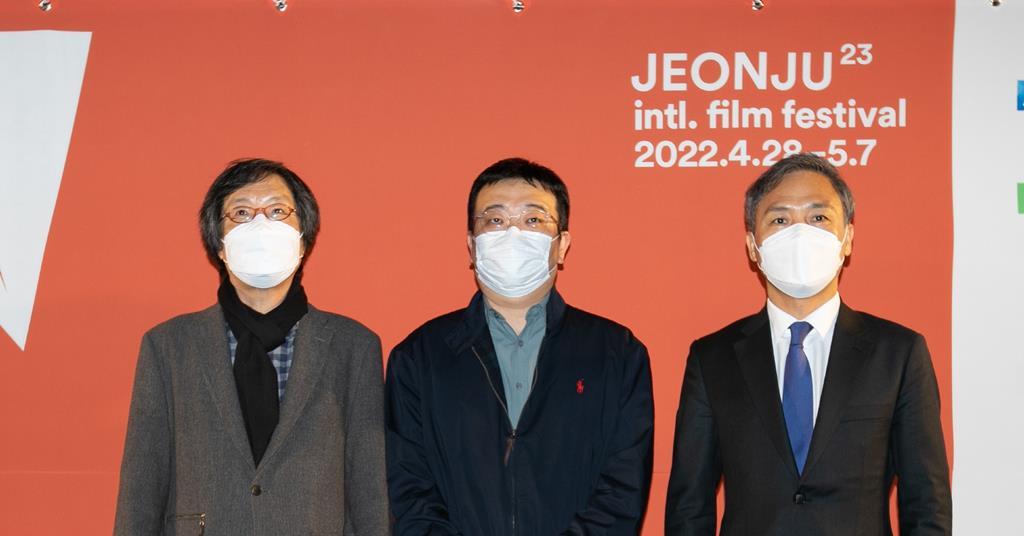 South Korea’s Jeonju International Film Festival (April 28-May 7) has unveiled a line-up of 217 films from 56 countries for its first fully-fledged physical edition since start of the Covid-19 pandemic.

A special programme curated by Train To Busan director Yeon Sang-ho is among the selection for the festival’s 23rd edition, which was announced at back-to-back press conferences in Jeonju and Seoul today (March 31).

The 10-day event will include an awards ceremony on May 4 while the Jeonju Project industry programme will run May 1-3.

“The [pandemic] situation has changed a lot this year but we have accumulated know-how and a manual, and practiced for different situations,” said Jeonju festival director Lee Joon-dong.

“There has never been a case of infection spreading from cinemas where people sit facing all in the same direction, and we will be prohibiting the partaking of food in the cinemas. We are looking at using about 75,000 seats in all this year.”

Jeonju will open with Kogonada’s sci-fi drama After Yang, which received its world premiere at the Cannes Film Festival last July and also screened as part of the virtual Sundance in January.

In its ninth edition, Jeonju Cinema Project (JCP), the festival’s programme that selects projects to fund, produce and distribute, will see the screenings of four completed films. Two will be world premieres at Jeonju as is usual for JCP films – Park Hyuckjee’s Korean shaman film Girl Who Dreams About Time and Alan Martín Segal’s Argentina-Korea co-production Via Negativa.

The further two had their world premieres in Berlin earlier this year and will have their Asian premieres at Jeonju: Eric Baudelaire’s A Flower in the Mouth and Dane Komljen’s Afterwater.

As this year’s special guest programmer, filmmaker Yeon said he was asked to select two of his own films and three others to show. He chose his debut feature animation The King Of Pigs (2011), his first live action film and pan-Asian hit Train To Busan (2016), David Lynch’s Blue Velvet (1986), Kiyoshi Kurosawa’s Cure (1997) and Shinzo Katayama’s Missing (2021).

“I chose films that I have tended to seek out a lot these days, and that I haven’t seen in cinemas,” he said of selecting works by other directors. “I thought it would be a great opportunity myself to get to see them on the big screen.”

Organisers expect more than 60 overseas guests and upwards of 2,000 domestic guests this year. These will include all but one of the International Competition directors, all the Korean Competition and JCP directors as well as all the jury members – which include critic and academic Nicole Brenez, Venice Days programmer Andrei Tanasescu, and directors Chang (The Target) and Clarisa Navas (One In A Thousand).

Yeon will also be on hand to take part in a cinema talk with a surprise guest from the programme he curated.

Retrospectives include a showcase of 4K digitally-restored Lee Chang-dong films complemented by a documentary about the Cannes regular and a recent short he directed; a homage to Shin Su-won and other Korean women directors; and the previously announced Taehung Pictures retrospective, commemorating the recently deceased head of the legendary production house, Lee Tae-won.

In 2020, Jeonju was one of the first international festivals to go ahead in the early days of the pandemic, with closed-door and online screenings, and last year expanded its hybrid system of online and offline screenings.