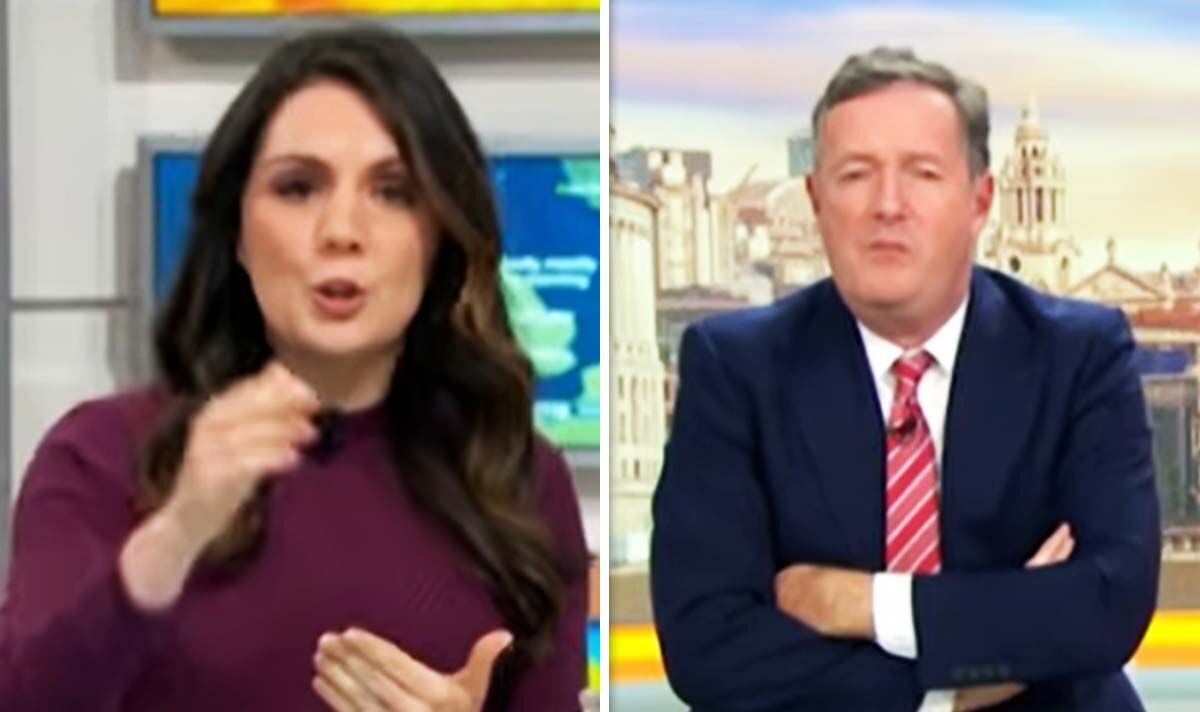 Good Morning Britain meteorologist Laura Tobin, 40, thanked Piers Morgan for always giving her “the time of day” and including her in heated debates while he was presenting the ITV show. The most explosive row came when “climate change denier”, Craig Kelly, appeared on the programme.

The Australian MP was invited on the show to discuss the horrific bushfires in 2020.

In a new interview with Express.co.uk, Laura said: “Piers would always bring me into any chats, like a couple of years ago when there were the deadly wildfires in Australia, where I think a billion animals perished, we had an MP on who was trying to say it wasn’t climate change.

“Then Piers brought me in and we had this massive argument.

“Piers will always give me the time of day.”

The incident in question saw Mr Kelly discuss the blaze with hosts Piers and Susanna Reid when the former asked whether Mr Kelly “accepted that the planet is heating up at a dangerous level”.

While the MP accepted that the planet is heating up, he argued that “the main cause of the fires is the build-up of fuel on the ground and drought” but insisted there was “no trend” with the increase of carbon dioxide in the atmosphere.

Piers then interrupted Mr Kelly to bring in Laura, who he dubbed the show’s “weather expert”.

Laura proceeded to explain that Australia had just had its “highest temperatures and driest year ever recorded” and the country had the “second highest carbon emission per person on earth”.

Laura brilliantly fired back listing her credentials, tweeting: “I’m a Meteorologist – A degree in Physics and Meteorology – four years as an aviation forecaster at the RAF – 12 years as a broadcast meteorologist.

“Attended a World Meteorology Organisation (WMO) climate course last year and up to date with all the science.”

It comes as Laura has released a new book, Everyday Ways To Save Our Planet, which is out now.

The book offers simple changes that everyone can make to be more eco-friendly and to do their bit for the environment.

Following the release, Laura said she hopes: “Everybody will stop and think about what we do, how we live our lives and how over-consuming we are because of habit.”

Reader offer: Get £3 off Laura Tobin: Everyday Ways to Save Our Planet (RRP £14.99) with offer code RB5. Order online at mirrorbooks.co.uk