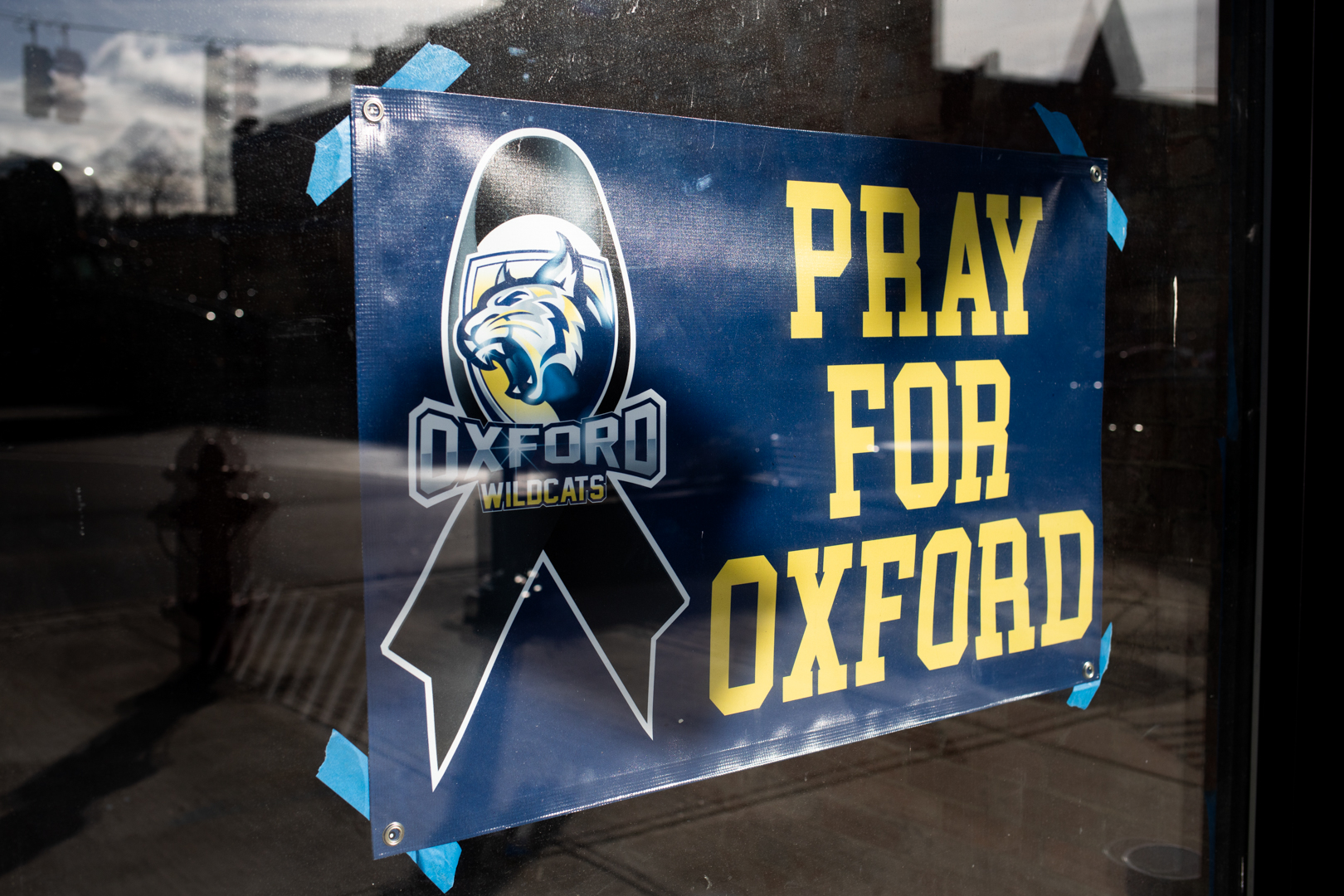 Detroit-area attorney Ven Johnson has announced a lawsuit on behalf of the parents of Tate Myre, who was killed in the November 30 shooting at Michigan’s Oxford High School, and the parents of other students in the incident.

William and Sheri Myre filed the lawsuit along with Chad and Meghan Gregory, whose son, Keegan, hid in a bathroom with victim Justin Shilling, who was fatally shot during the incident, according to the Associated Press.

During a news conference on Thursday, the Myre family talked about the lawsuit and their son, according to The Detroit News.

“He was a January 1 baby,” William Myre was quoted by The Detroit News. “We’re not doing good. We think about Tate every day. We sit in his room. We listen to his playlist on Spotify.”

Discussing the lawsuit, William Myre was quoted saying: “It’s about accountability.…It would be a dishonor to Tate if we didn’t do this.”

Along with Tate Myre and Justin Shilling, 15-year-old Ethan Crumbley is also alleged to have fatally shot Hana St. Juliana and Madisyn Baldwin, according to Detroit’s WXYZ. Six other students and a teacher were injured.

The lawsuit was filed also on the behalf of other students who witnessed the shooting, like Keegan, the AP reported. Lauren Aliano is listed in the lawsuit—her daughters Sophia and Grace Kempen hid in classrooms during the shooting.

According to The Detroit News, Nicholas Ejak, the school’s dean of students, is listed as a defendant, along with two counselors, Pan Fine and Shawn Hopkins, as well as three unnamed teachers and Crumbley and his parents, James and Jennifer Crumbley.

The lawsuit alleges school officials and high school staff did not do enough to protect students and prevent the shooting. According to WXYZ, the lawsuit includes 11 separate counts including wrongful death, negligence, reckless conduct and more. It also alleges Crumbley’s parents repeatedly ignored Crumbley’s signs of psychiatric problems.

“Unfortunately, this shooter was raising his hand,” Myre said, The Detroit News reported. “They refused to see that. This kid unfortunately had nowhere to go. And that’s why November 30 happened.”

“This tragedy could have and should have been prevented, and we plan to fight like hell for our clients and the entire Oxford community,” Johnson said, according to WXYZ. “The inaction by those who are trained to help and protect students is inexcusable, let alone the abuse, neglect and behavior of the Crumbleys. We will hold those responsible for this tragedy accountable and get justice for the students, families and community.”

Crumbley has been charged as an adult with murder and other crimes and his parents have been charged with involuntary manslaughter, the AP added. The school reopened Monday, January 24, after interior renovations were completed after the shooting in November.

The Myre family is creating a foundation in Tate’s name, The Detroit News reported. It will be named 42 Strong, in honor of Tate’s football number. Its goal is to “provide peer-to-peer mentoring to kids.”

The recently filed lawsuit is not the first to be filed in connection to the Oxford High School shooting. In December, Jeffrey and Brandi Franz filed lawsuits in federal and county circuit court, with each suit seeking $100 million. Their 17-year-old daughter, Riley, was shot in the neck while her 14-year-old sister was next to her, according to the AP.