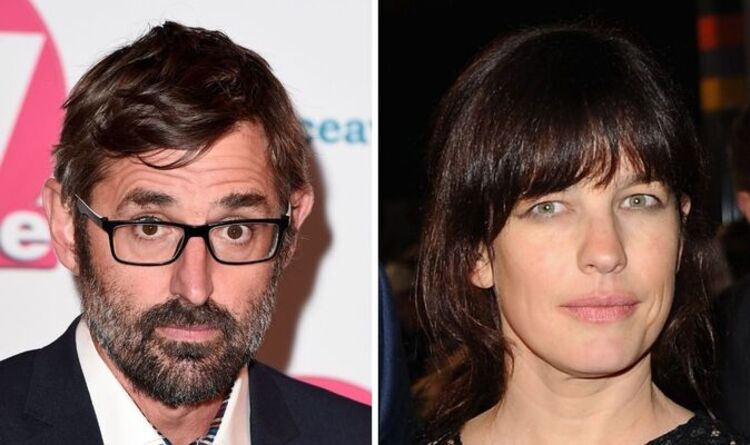 The documentarian returns to screens tonight with the latest episode of his new documentary, ‘Louis Theroux’s Forbidden America‘. He will look into ‘Rap’s New Frontline’, immersing himself in Florida’s multimillion-dollar rap scene, which is as notable for the controversy surrounding its emerging stars as its creativity. Spending time with a number of artists who have achieved success through self-promotion on social media, Louis will witness the people playing out fierce rivalries with fellow rap artists online and individuals live-streaming their often chaotic and violent lifestyles.

The veteran broadcaster will also explore how the authorities use the myriad content as evidence for what they see as criminals indulging in illegal gang activity.

Louis has become a much-loved figure in the UK through his documentaries examining his encounters with the weird and wacky shades of life.

While viewers are able to get a sense of who Louis is through his documentaries, we are often reminded that it is only his working self that we see — not necessarily the real Louis Theroux.

It is possible, however, to get a snapshot of his relaxed self through the myriad podcast interviews he has given over the years, like The Adam Buxton Podcast.

Their conversations are often relaxed and full of comedic gold, both having met while studying at the fee-paying private institution, Westminster School.

Speaking during an episode from September 2016, Louis revealed how he had left his wife, Nancy Strang, alone at the BAFTA Awards ceremony for which he had been nominated for his documentary, ‘Louis Theroux: Transgender Kids‘.

Recalling the incident, he said: “My wife is a bit more of a party animal than I am.

“We were at the BAFTAs and by midnight I’d had enough, and I said, ‘I’m really tired, I’m thinking of going to bed.’

“She went off and I just thought, ‘You know what, I don’t want to get into a thing about going or not going’ so I just thought I’d go.

“I just went out and I just got in a cab and 15 minutes later I was halfway home thinking, ‘Yes, I’ve done it. I’ll be in bed in my pyjamas at half past midnight. I can get a decent six hours of sleep. I can get up and see to my small child. It will all be good.’

“And then she called me and said, ‘You just ran off!’ and I said, ‘I thought I said I was leaving?’

“She replied, ‘No, I just went to the loo and I came back and you’d gone! Where are you?’

“I said it was fine and that she should take her time — she stayed out until 3:30am, she literally was one of the last people there, it was her and Tom Hiddlestone left.”

Louis went on to say that he pleaded guilty to leaving, but that he felt it was “sometimes easier” to leave a party without mentioning it to anyone.

‘Rap’s New Frontline’ is just the second in a three-part series, the first episode having aired last Sunday when Louis chartered the rise of America’s young far-right.

One of his organisation’s main ideas is to pull the plug on immigration.

Nick thinks women should stay at home and not get the vote, however conceding that “that’s probably not going to land soon”.

He also wants to be the future President of the US.

After the show many noted that Louis was more forceful in his approach to his subjects, refraining from learning too much about the individuals and instead challenging their political and ideological beliefs.

In one scene, he meets with a follower of the America First Foundation, Beardson Beardly, outside his new home

After the conversation took a turn over an alleged Nazi salute made by Beardson, he said: “Get the f*** out of my house,” easily parried by Theroux who replied: “I’m not in your house.”

Beardson later live-streamed himself ranting about Louis, a stream which the journalist watched from his car, calling Beardson in real time.

He was met with Beardson’s fury of child-like bravado: “Guess what, Louis? My country is better than yours, my friends are cooler than you, I’m smarter, I’m stronger.”

We later see footage of Beardson making rape threats against a woman he online games with.

In the final episode, set to air on February 27, Louis tackles the growing rise of platforms like OnlyFans.

He finds out how entertainment performers are finding financial independence away from the studio of old, and encounters a new generation using their online platforms to call out alleged predatory behaviour by prominent figures from the business.

You can find The Adam Buxton Podcast on any major podcast provider.