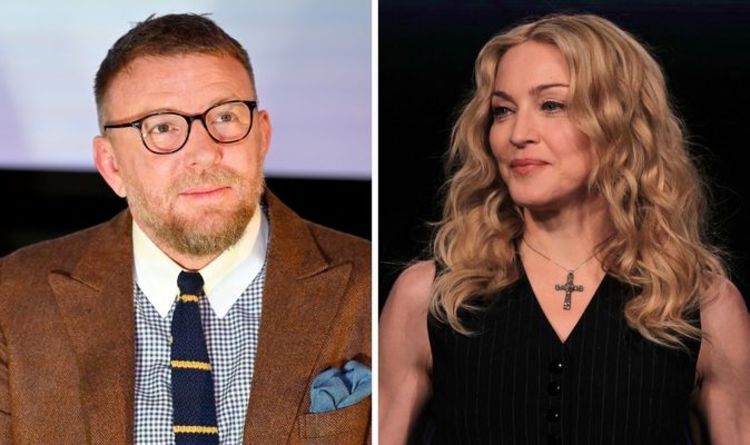 Madonna preaches self love on Instagram after 50 Cent spat

‘Madonna at the BBC’ was broadcast on BBC Two last night at 9pm. The show looked back at a selection of the eccentric singer’s performances on various BBC shows, from her first Top of the Pops appearance in the Eighties, right up to the present day. The collection followed Madonna’s journey to superstardom and captured the charisma, controversy and back catalogue that made her the female pop icon of her times.

Madonna has performed some of the most iconic pop songs of the last four decades, while in that time her private life has also frequently made the front pages.

The American singer, often dubbed the ‘Queen of Pop’, married British actor and director Guy Ritchie at a private ceremony in Scotland in December 2000.

Months before the wedding, the pair had welcomed a son, Rocco Ritchie, while the couple also adopted David Banda six years later.

Madonna and Guy made headlines throughout their relationship until they divorced in 2008.

Madonna at the BBC will be broadcast on BBC Two tonight at 9pm (Image: Getty)

After years of speculation as to the reason for the split Madonna revealed in 2012 that she had started to question whether true love existed at the end of her relationship with Guy.

At the time, the ‘Hung Up’ singer was promoting her new film ‘W.E.’ which she had written and directed.

The film, starring Hollywood actor Oscar Isaac, is about an unhappy marriage which the female protagonist struggles to escape from.

When asked whether the film was influenced by her broken marriage with Guy, Madonna told Newsweek: “[I had] been married 10 years when I started writing it.

She added: “I was certainly asking a kind of existential question that I think people ask when they’ve been married that long: what is perfect love?

“Because when you start off, everything’s great and lovely, and the person you’re married to is flawless and you’re flawless.

“The time goes by, and you share a life, you have children and there are cracks in the veneer.

“It’s not as romantic as it used to be.

Don’t Miss:
Piers Morgan dismantled cancel culture for ‘ruining’ Christmas[OPINION]
Joanna Lumley’s criticism of drunk girls who are ‘sick in the gutter’[INSIGHT]
Joan Collins ‘not shy’ about opinions on Brexit[ANALYSIS]

Madonna was married to Sean Penn in the Eighties (Image: Getty)

“You think, ‘This isn’t what I thought it was going to be’, and ‘How much am I willing to sacrifice?’”

Madonna’s marriage to the ‘Snatch’ director was not her first high profile relationship.

The ‘Like a Virgin’ star first tied the knot with actor Sean Penn in 1985.

Sean, lauded for his performances in Mystic River and Milk, was reportedly the inspiration behind Madonna’s iconic ‘True Blue’ album.

According to Zimbio, Madonna also dubbed Sean as “the coolest guy in the universe” in the album’s liner notes.

However the couple’s short marriage was over by 1989.

Since 2019, the 63-year-old star has been dating 27-year-old dancer and choreographer Ahlamalik Williams.

Ahlamalik had reportedly worked for Madonna since her 2015 Rebel Heart Tour.

He also joined Madonna as dancer and choreographer for her Madame X Tour in September 2019.

In December that year the dancer’s father, Drue, stated to TMZ that his son and Madonna had already been dating for a little over a year.

He told the outlet: “Love has no age.”

“My son is livin la vida loca and I’m just happy for him.”

Catch up with ‘Madonna at the BBC’ on BBC iPlayer.