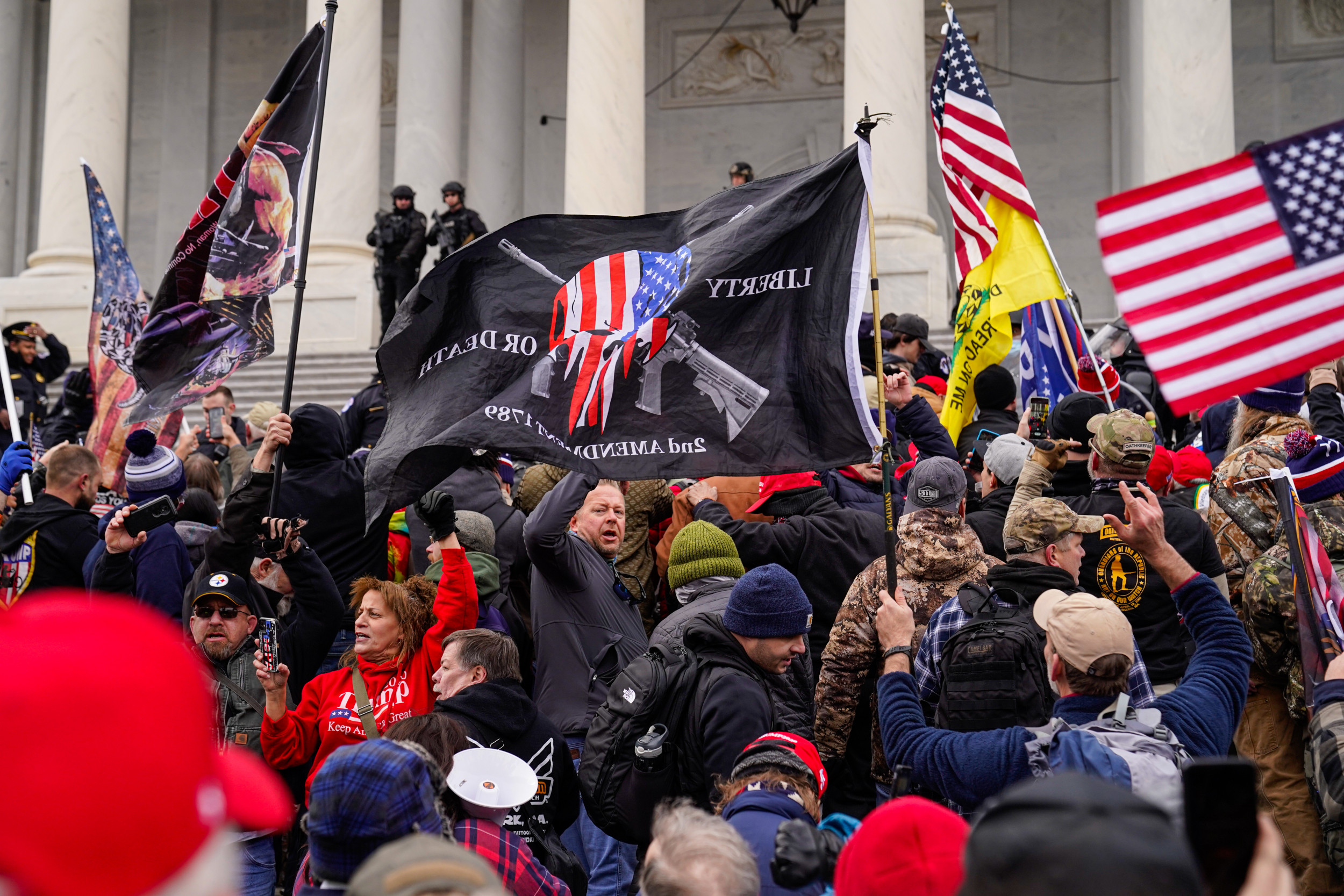 The FBI has not arrested or charged a man questioned in a Utah stabbing who told police that he brought a gun to the January 6 siege on the U.S. Capitol.

John Banuelos, of Salt Lake City, Utah, told police he was defending himself in the fatal stabbing of a man in a Salt Lake City park on July 4, 2021, amid a dispute about money. No charges have been filed. While being interviewed about the stabbing, he told police multiple times that he was at the Capitol riot while carrying a gun, according to an interview transcript obtained by local news outlet KSL.

“Man, should I just tell the FBI to come get me or what …?” Banuelos reportedly told detectives during the interview. “I was in the D.C. riots … The FBI hasn’t came and got me yet, OK?”

After a detective asked Banuelos if he had entered the Capitol on January 6, he responded: “Yeah, I went inside and I’m the one with the video with the gun right here,” he said while watching footage of the riot.

The transcript also indicates that Banuelos told the detectives that he believed he had been “sent” to the Capitol riot by former President Donald Trump.

The Capitol rioters were attempting to stop Congress from certifying the results of the 2020 presidential election, based on Trump’s false claims that massive voter fraud was to blame for President Joe Biden‘s victory.

A group of online sleuths called the Sedition Hunters told KSL that they had identified Banuelos as a riot participant who appeared to be carrying a handgun outside the Capitol in multiple photos and videos.

An armed man pictured in FBI Photograph 200, which was taken during the riot, appears to resemble a 2017 mugshot of Banuelos, although much of the man’s face is covered by a bandana.

The photographed man is wanted by the FBI for allegedly assaulting a member of the media and flashing a handgun during the riot. The same man appears to show his gun in a photo posted to social media and a Vice News video taken during the riot.

In February 2021, the Sedition Hunters informed the FBI that they believed the man was Banuelos based on his clothes, social media posts and other online information.

A spokesperson for the FBI field office in Washington, D.C., declined comment when contacted about Banuelos by Newsweek on Friday, noting that “the FBI cannot comment on an ongoing investigation.”

If Banuelos was at the Capitol riot while armed, he would not have been alone. While no rioters discharged a firearm during the attack, several did bring guns to the Capitol, despite claims to the contrary from Trump and others.

An autopsy found that the victim of the July 4 stabbing in Utah died by homicide, but prosecutors said they lacked sufficient evidence to charge Banuelos with a crime.

During his police interview, Banuelos said that he had been defending himself during the stabbing after being attacked with a skateboard and pepper spray.

Banuelos was arrested at least two times in the months following the stabbing, accused of assaulting women in separate incidents in August and September of last year.