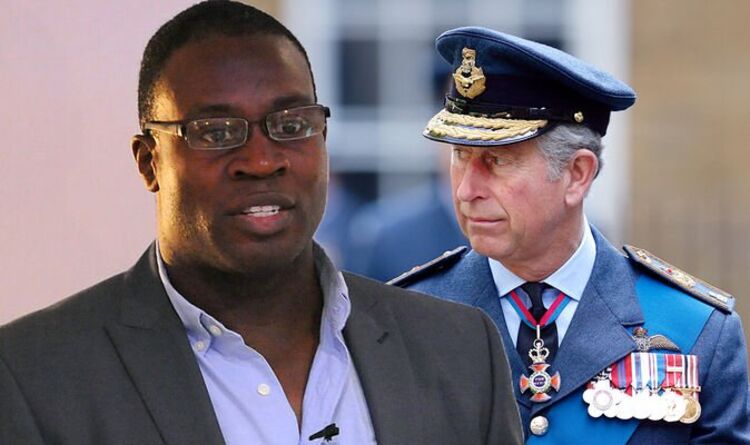 Rugby legend Martin Offiah claimed that the Royal family were “a good thing for this country” and has declared Prince Charles to be “fantastic”. The rugby star spoke candidly to Express.co.uk on the red carpet for Nordoff Robbins Legends of Rugby Dinner last month.

Martin, 56, was awarded an MBE for his services to rugby in 1997 by Prince Charles at Buckingham Palace.

When asked for his thoughts on the royals, Martin gave a considered response on the subject.

“Similar to our own history, you have to understand it, and the royal family is part of British history.

He went on to discuss the potential economic benefits of having a royal family.

“It does bring a lot of money, for want of a better term, into the economy and the purse,” Martin explained.

“Yeah, I wouldn’t say I’m a royalist as such, but I’m in favour of the royal family.

“I think they’re a good thing for this country. That’s something that should be kept.”

The athlete left behind such a legacy that he even has his own statue, alongside four other great rugby players, which stands outside Wembley Stadium.

The star went on to describe the Duke of Wales, 73, as being “fantastic” when they first met.

“He was fantastic,” Martin gushed as he repeated the sentiment once more.

“He talked about the fact that he had played rugby at school and he played second row, which I didn’t know. So yeah, it was a nice little chat.”

Ahead of being honoured along with legendary England captain Jason Robinson last month, Martin reflected on his proudest sporting achievement.

“My proudest moment is probably going to be scoring for Wigan,” he said.

“Jason and I are here being honoured tonight. The Wigan club are here tonight and it’s their 150th anniversary.

“And obviously me scoring in that game with Jason in 1994 at Wembley is what I’m going to be remembered for when I’m no longer here.”