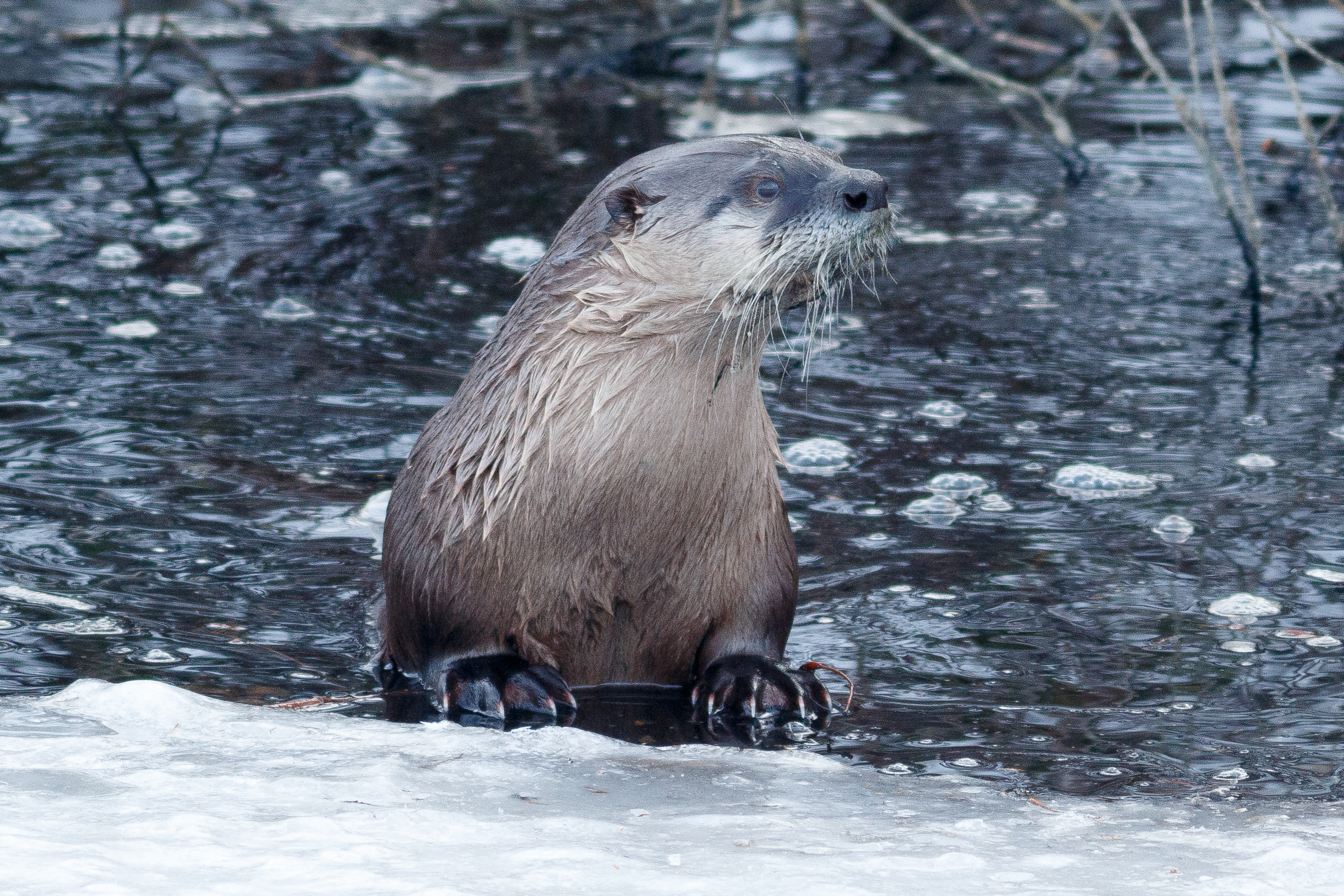 An ice fisherman in Massachusetts mistakenly hooked an otter after a fishing battle where he thought he was going to reel in a state-record-sized fish.

Keith Poisant of Millbury, Massachusetts, recorded the moment he realized he had hooked an otter while fishing in a lake in Grafton last week. He spoke to NBC10 and explained his shock and bemusement at the incident.

“I can still feel the adrenaline, [I remember] thinking in my head ‘oh my God this is going to be a state-record something,'” he told NBC10.

“I was pulling as hard as I could, I have never felt anything like it and I have caught some big fish.

“I saw it go by the hole and I still didn’t know what it was, I just thought it was a massive fish.”

Poisant estimated the otter could have weighed anywhere between 20-40 pounds and he posted the video of his tussle with the otter to his YouTube channel and entitled it “Ice fishing GIANT.”

On February 10, Poisant explained the bizarre battle with the otter on his Facebook page. He insisted it would be a good story to tell his grandchildren. He also posted pictures of some of the fish he was able to catch the same day he almost snagged an otter.

“One of those days for the storybook. Something to show the grandkids,” he wrote in the post.

“You ever have that feeling you are hooked into a new state record [or] something? Like having a tug of war with a Sherman Tank. I got it to the bottom of the hole a few times before actually being able to see it clearly.

“Each time it took off, it was yanking my arm down with it. I couldn’t hold it [with] one hand.”

Poisant added that he required the help of his friend Dan who was also out with him. He also detailed his initial reaction to finding out he had hooked an otter.

“Holy mother of Maryann, This was no state-record fish. It was Ollie the Otter. He must have been 40 lbs,” he wrote.

“After about 8-10 times to the hole and I saw the hook, I tried to remove it quickly but the 30# fluorocarbon leader finally gave up and snapped.

“It could have been his very large teeth as you can see in the video. The hook was at the edge of his mouth not far in. Hopefully, he works it out, I don’t believe it will effect him eating. What a day.”