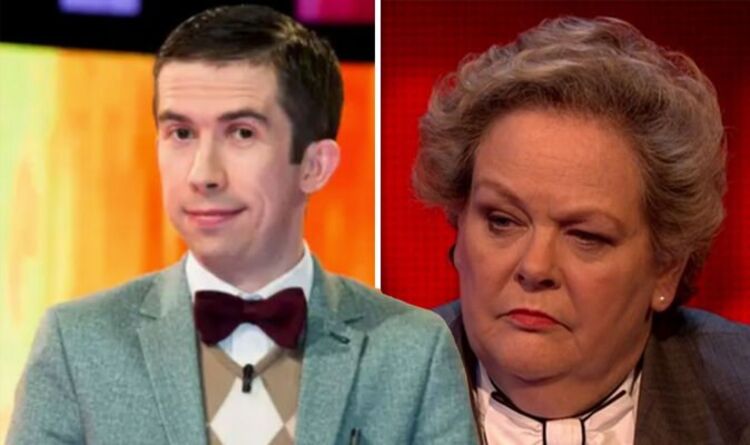 Anne Hegerty’s replacement on Beat the Chasers has admitted he’s nervous about doing the Governess justice as he stands in for her throughout the upcoming series. It comes as Anne, 62, tested positive for Covid and so had to step down.

The quizzing genius took to Twitter to explain to her 160.9k followers she was being forced to bow out from filming due to contracting the virus.

“Unfortunately I’ve contracted Covid-19 so won’t be filming this series of #BeatTheChasers,” she wrote.

“The fantastic @Issa25 will be stepping in for me and I’m looking forward to watching the series when it’s on air later this year.”

She added: “I feel fine, but I’m still positive! (in all respects).”

READ MORE: Donny Osmond’s farewell with wife after ’14 years of living in hotels’

He is a quiz champion Down Under, an eight-time winner of the Australian Quizzing Championships and a seven-time Pairs champion.

Anne’s followers rushed to wish her well, and in one response, Anne admitted she thought she had been suffering from just a cold. .

Twitter user @ian_bill67 commented: “My wife is an NHS nurse and has managed to avoid covid for the past 2 years, we had 3 nights in Iceland a few weeks ago and she caught it.”

“Yes, I too had swerved it for two years, assumed it was just a cold, did an LFT to be on the safe side…” the Chaser replied.

Bill added: “Well if you’re not on it I’ll probably give it a miss.” (sic)

Defending her colleagues, Anne replied: “You should absolutely watch it, it will feature six SUPERB Chasers.”

Another concerned fan called Chloe Cutler wrote: “Aww bless u Anne. My mum wanted to see u but she said hope u are well xx.” (sic)

The Governess said: “I’m fine, I just don’t want her to catch anything! Makes no sense to kill off our core audience…” (sic)