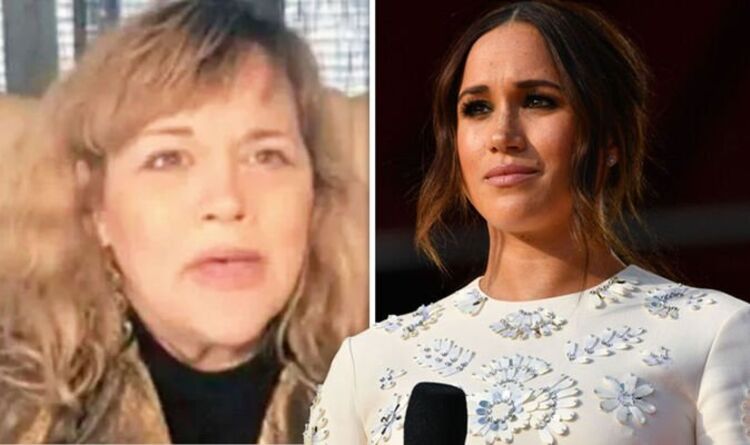 Meghan Markle is being sued for defamation by her half-sister who alleged she presented a “false” narrative during her tell-all interview with Oprah Winfrey which aired in March last year. Samantha Markle, 57, claims the Duchess of Sussex launched a “pre-meditated campaign to destroy” her reputation.

She has since launched a defamation case against her younger half-sister aiming to sue her for $75,000 (£57,000) and demands that she pay her legal fees.

In court documents, she cites the Duchess’ US TV appearances on Oprah and Ellen as occasions where she “falsely claimed… she essentially raised herself from virtual poverty”, which Meghan’s lawyers have said the claims are baseless.

Samantha also referenced the authors of Finding Freedom, a best-selling biography about the Duke and Duchess of Sussex, claiming the book caused “damage” to her reputation.

The lawsuit has since been addressed by Loose Women panellist and columnist Jane Moore who claimed “there’s just one winner”.

“We will give it the minimum attention necessary, which is all it deserves.”

Samantha has been outspoken about her sister since the former Suits star went public about her relationship with Prince Harry in 2016.

At the start of the couple’s new relationship, Samantha spoke with The Sun in an exclusive interview, which was titled: “PRINCESS PUSHY Prince Harry’s new flame Meghan Markle is ‘a social climber’ who ‘is not fit to be royal’ – according to her own SISTER.”

It comes after Meghan’s dad, Thomas Markle, announced that he will be starting his own YouTube channel to discuss current affairs.

In his debut episode, Mr Markle pledged to support Samantha in the lawsuit, saying he would be “thrilled” to defend his oldest daughter.

Addressing Meghan, he said: “I’ve been trying for almost four years to get to see my daughter and her ginger husband in a courtroom face-to-face.

“I’d be thrilled to defend my oldest daughter.”

Meghan’s estrangement from her half-sister has been long documented and she told Oprah that she had not seen Samantha in “at least 18, 19 years”.