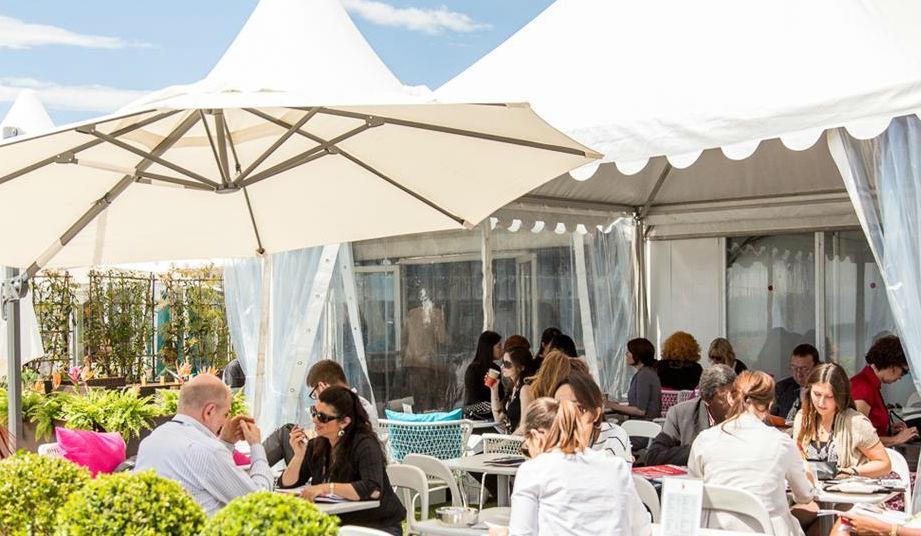 Mia Bays, Matt Brodlie, Graeme Mason, Eve Gabereau and Ed Guiney are among the industry speakers taking part in the UK Pavilion industry programme at Cannes, previously known as the UK Film Centre, which will run from May 19 to May 24.

The series of industry events will be open to festival and market delegates as well as press attending the festival. It includes a series of Talent Talks with filmmakers with films making their world premiere in the festival.

There is a chance to learn more about the UK Global Screen Fund, a discussion about the benefits of diversity initiatives, and an exploration of how to make the most out of international co-productions.

Scroll down for the line-up

Further talks include a discussion on how to navigate Cannes and make the most out of festivals and markets, featuring Giona Nazzaro, artistic director of Locarno Film Festival; Eve Gabereau, CEO/founder of Modern Films; Joanna Solecka, film marketing and social media strategist at Alphapanda; and filmmaker Victoria Thomas. It is moderated by Screen International contributing editor and Nordic correspondent, Wendy Mitchell.

Mark Jenkin’s Enys Men is set to have its world premiere in Directors’ Fortnight. Jenkin will discuss his film alongside its producer Denzil Monk and star Mary Woodvine, while writer-director Charlotte Wells will unpack her feature debut Aftersun, which premieres in Critics’ Week, alongside producers Amy Jackson and Adele Romanski.

The UK Pavilion will be based at the Cannes Marché International Village, and will offer a meeting space for delegates and information resources about working with the UK. It is supported by the BFI with National Lottery funding, in partnership with the British Council, British Film Commission (BFC), Creative England, Ffilm Cymru Wales, Film London, Northern Ireland Screen, Screen Scotland, ScreenSkills under the marketing banner of We Are UK Film.

Additional Talent Talks will be added in the coming days.