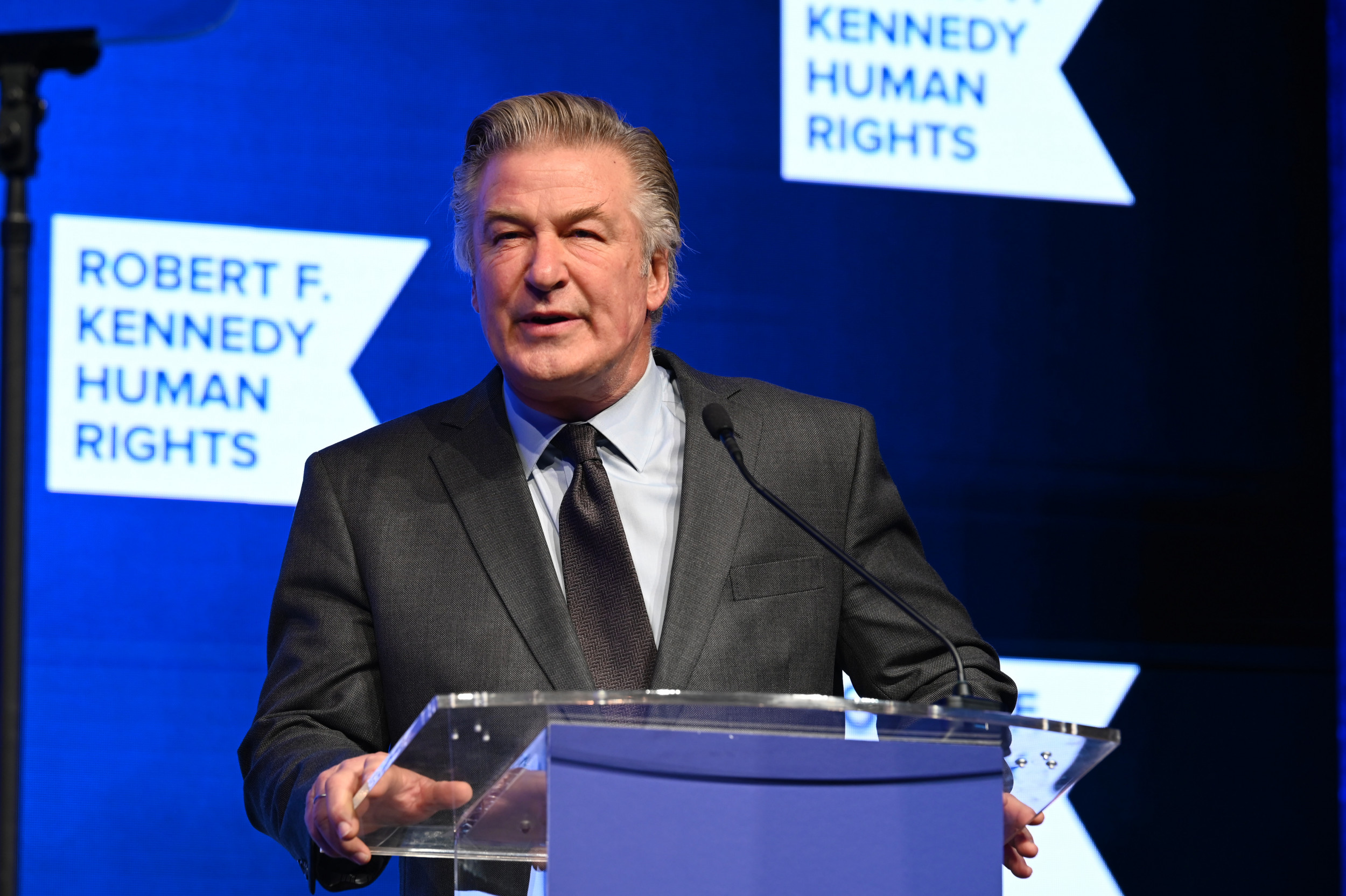 Actor Alec Baldwin is facing more trouble as the family of a U.S. Marine, who was killed at the Kabul airport this past August, filed a $25 million defamation lawsuit against him.

In August, 13 U.S. service members were killed at the Karzai International Airport in Kabul while attempting to help individuals evacuate Afghanistan after the Taliban took the country over. One of the fallen service members was identified as 20-year-old Rylee McCollum. Shortly after the incident in August, Baldwin reached out to McCollum’s sister, Roice, and sent her a check for McCollum’s widow, Jiennah, according to court documents reviewed by Newsweek.

The check was worth $5,000 and Baldwin wrote that it was for “a tribute to a fallen soldier,” the court documents said. His interaction with the McCollum family apparently didn’t end there.

“On January 3, 2022, BALDWIN’s seemingly benevolent overtures turned into a nightmare for the McCollum family when BALDWIN went on an Instagram rant about LCPL McCOLLUM’s sister (ROICE) who, on January 3, 2022, posted a photograph of people surrounding the Washington Monument at the ‘Make America Great Again’ protest in Washington D.C. on her Instagram feed,” the court documents stated.

Roice McCollum had attended the protest in Washington D.C. on January 6, 2021, where supporters of former President Donald Trump eventually breached the Capitol building to object to the results of the 2020 election. “While she was present at the demonstration, Roice did not take part in, nor did she support or condone the rioting that erupted,” according to the court documents.

Roice was interviewed by the FBI and cleared of any wrongdoing.

After Roice posted the picture of herself in D.C. earlier this month, Baldwin commented on the post: “Are you the same woman that I sent the $ to for your sister’s husband who was killed during the Afghanistan exit?” He eventually messaged her privately about the money he donated, the court documents said.

“When I sent the $ for your late brother, out of real respect for his service to this country, I didn’t know you were a January 6th rioter,” Baldwin allegedly said in a message to Roice.

After Roice responded by saying that she protested legally and that she previously spoke with the FBI, Baldwin allegedly said that he was going to repost her picture, saying “Good luck.”

The court documents also included a social media post from Baldwin that has since been deleted, which was a picture of Roice at the Capitol on January 6. In the post, Baldwin wrote that he previously donated money to their family for the death of Rylee McCollum. According to the court documents, Baldwin called Roice an “insurrectionist” and a “rioter.” Baldwin has 2.4 million Instagram followers.

Shortly after Baldwin reposted the picture of Roice, she allegedly began to receive dozens of “hostile, aggressive, hateful messages from” the actor’s followers.

One of the messages Roice received said, “Get raped and die, worthless c**t (kiss emoji). Your brother got what he deserved,” the court documents stated.

Baldwin is also accused of reposting the picture of Roice “with the full intent of causing irreparable harm to each of the Plaintiffs.”

In a press release sent to Newsweek, Dennis Postiglione, one of the McCollum’s attorneys, said, “[r]egardless of a person’s politics, what Baldwin did here should never be allowed to stand.”

Postiglione continued, “He is one of the most recognizable people in the country and has a social media following five times the population of the State of Wyoming. He abused that platform willingly and put the McCollum’s through hell at a time when they had just begun to cope with Rylee’s death. This lawsuit will hold him accountable to the McCollum family and the proud legacy of Lance Corporal McCollum.”

The plaintiffs are seeking $25 million for “their damages and to punish, deter, and teach BALDWIN a lesson that he frankly should have learned years ago,” according to the court documents.

Baldwin is already facing an investigation into the death of cinematographer Halyna Hutchins, who died on the movie set of Rust after she was shot by a prop gun that Baldwin was holding. Baldwin has denied any wrongdoing and he recently turned over his phone to authorities leading the investigation.

“Alec voluntarily provided his phone to the authorities this morning so they can finish their investigation. But this matter isn’t about his phone, and there are no answers on his phone. Alec did nothing wrong,” Baldwin’s attorney, Aaron Dyer, said in a statement last week.