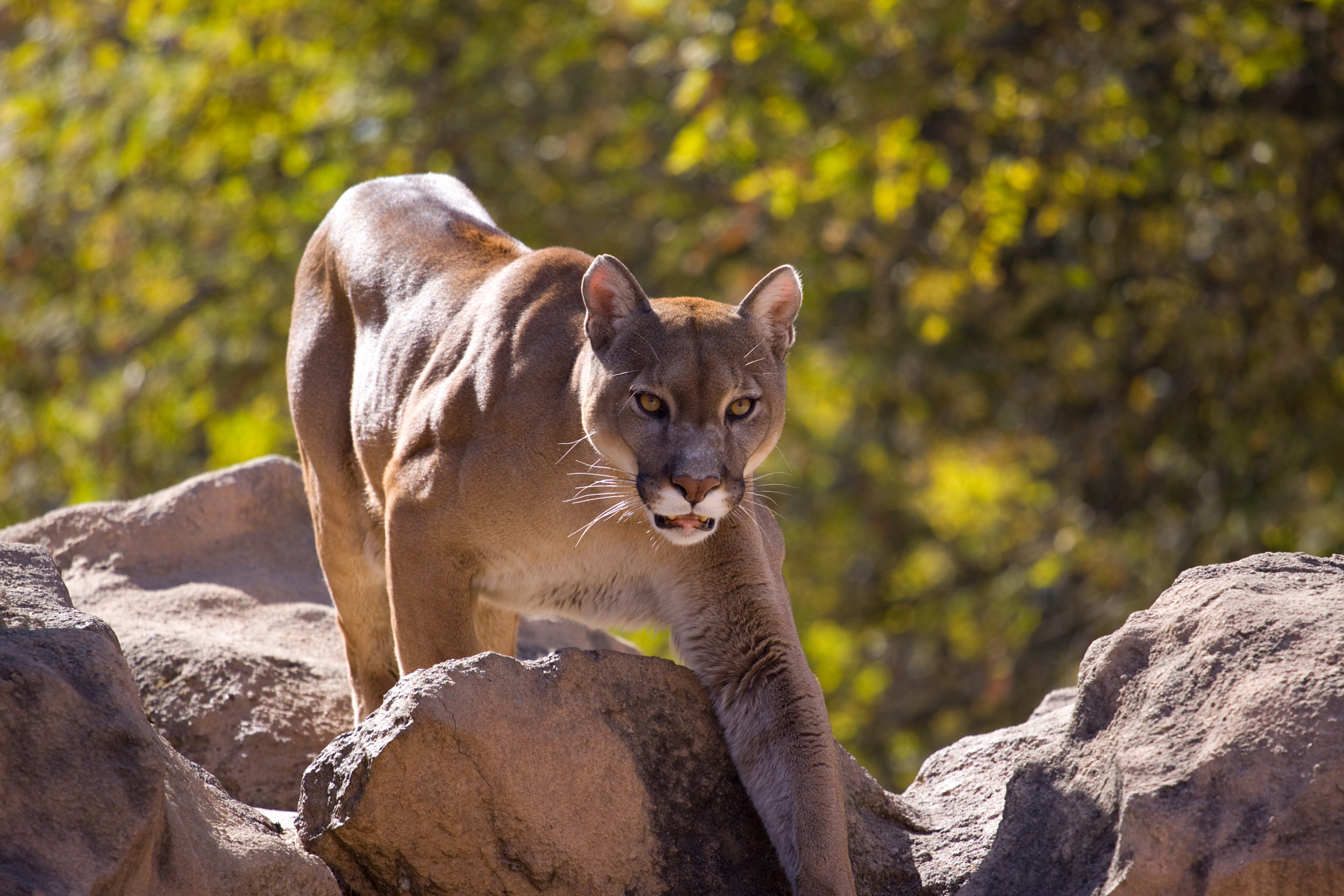 A mountain lion was killed by wildlife officials after it broke into a west Las Vegas neighborhood Monday morning.

Local television station KTNV reported that the lion had been scared into a tree by a pet pit bull when officials took the decision to euthanize it. Las Vegas Metropolitan police department were called to the neighborhood at 9 a.m. local time after a resident spotted an animal wandering around.

Upon arrival, officers confirmed that the animal spotted was a mountain lion and requested assistance from the Nevada Division of Wildlife and Clark County Animal Control.

Residents were asked to stay inside their homes while officials attempted to capture the big cat.

The mountain lion then jumped into a backyard, where a pet pit bull scared it into a tree.

Once the lion was contained to that area, officials tried to tranquilize it. However, KTNV reported the drugs did affect it.

Officials then took the decision to euthanize the mountain lion.

In Nevada, mountain lion sightings like this are rare. But they have been increasing in recent years, particularly in western valley neighborhoods. Last year, 3 News reported last year there had been several sightings reported in these areas. This has been put down to the expansion of housing developments moving deeper into lion habitat.

It could also be a result of more people installing cameras and surveillance equipment in their homes.

According to the Mountain Lion Foundation, Nevada’s mountain lion population is currently around 2,200 and “likely declining” due to habitat loss and trophy hunting.

About 45 percent of the state is suitable habitat for the animals, however the population is struggling because of threats from Nevada’s Predator Management program, which was introduced to allow the killing of coyotes, mountain lions and other wildlife found in “federally-protected” wilderness areas in the state.

Mountain lions do not usually attack humans, and those that do are usually young and forced out to hunt on their own, therefore looking for easy prey like pets and small children. People may also come into contact with a mountain lion while using hiking and running trails that are based along the animal’s habitat.

Mountain lions normally prey on large animals, such as deer and elk.

Another mountain lion was euthanized by U.S. authorities earlier this month after it was found in the lobby of a vacation condo in Colorado. Wildlife officials were contacted following sightings in Vali and they found the big cat to be “severely emaciated” and in a “poor condition.”

The police department said the mountain lion’s poor health probably drove it into the condo. “We would like to inform guests and residents that this type of behavior from a mountain lion is unusual,” Vali Police said in a Facebook post. “While mountain lions are native to Eagle County, they are typically elusive and sightings are rare.”