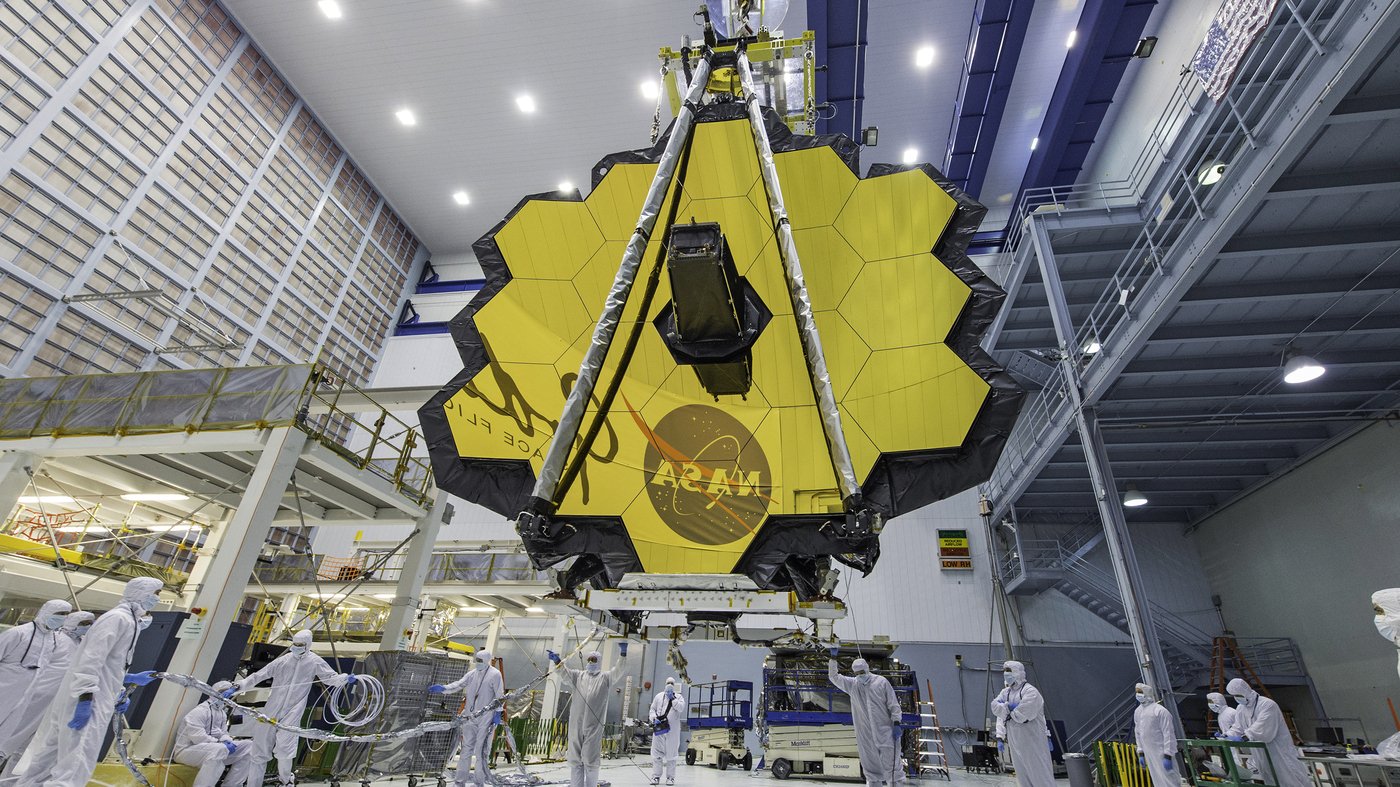 Technicians lift the mirror of the James Webb Space Telescope using a crane at the Goddard Space Flight Center in Greenbelt, Md., in April 2017. On Saturday, the telescope completed its final deployment in space.

Technicians lift the mirror of the James Webb Space Telescope using a crane at the Goddard Space Flight Center in Greenbelt, Md., in April 2017. On Saturday, the telescope completed its final deployment in space.

The James Webb telescope completed its final major step of deployment on Saturday morning, when the last mirror wing of the telescope unfolded in space into its final configuration.

Two weeks after launch, @NASAWebb has hit its next biggest milestone: the mirrors have completed deployment and the next-generation telescope has taken its final form.

Next up for Webb? Five months of alignment and calibration before we start getting images: pic.twitter.com/BOj5O1HS37

The telescope, which is part of an international partnership that includes the European and Canadian space agencies, launched on Dec. 25 and is considered to be the most powerful telescope ever launched into space. While there were no cameras to capture the unfolding, NASA provided a virtual simulation of the process through a livestream.

At around 10:28 a.m. ET, the telescope reached the “end of deployment,” and those at the mission operations control started applauding.

“The events of the last two weeks have truly been amazing,” Bill Ochs, the Webb project manager at NASA Goddard, said Saturday afternoon. “Today represents the beginning of a journey for this incredible machine, to its discoveries that we’ll be making in the future.”

The telescope has two mirrors and a sunshield that all had to be unfolded in space, which had never been done before. The mirrors are so large they were folded like origami into the telescope. One of the mirrors and the sunshield deployed successfully earlier this week.

The full deployment of the telescope has been a meticulous two-week process, but it’s not done yet. After the wing unfolded, it goes through a latch-on process that takes several hours.

“Just because we made it look easy doesn’t mean it was easy,” Ochs said, adding that team members were relieved after the deployment, cheering and doing the wave in the operations center.

NASA says the next step after that involves about five months of alignment and calibration before the telescope starts picking up images.