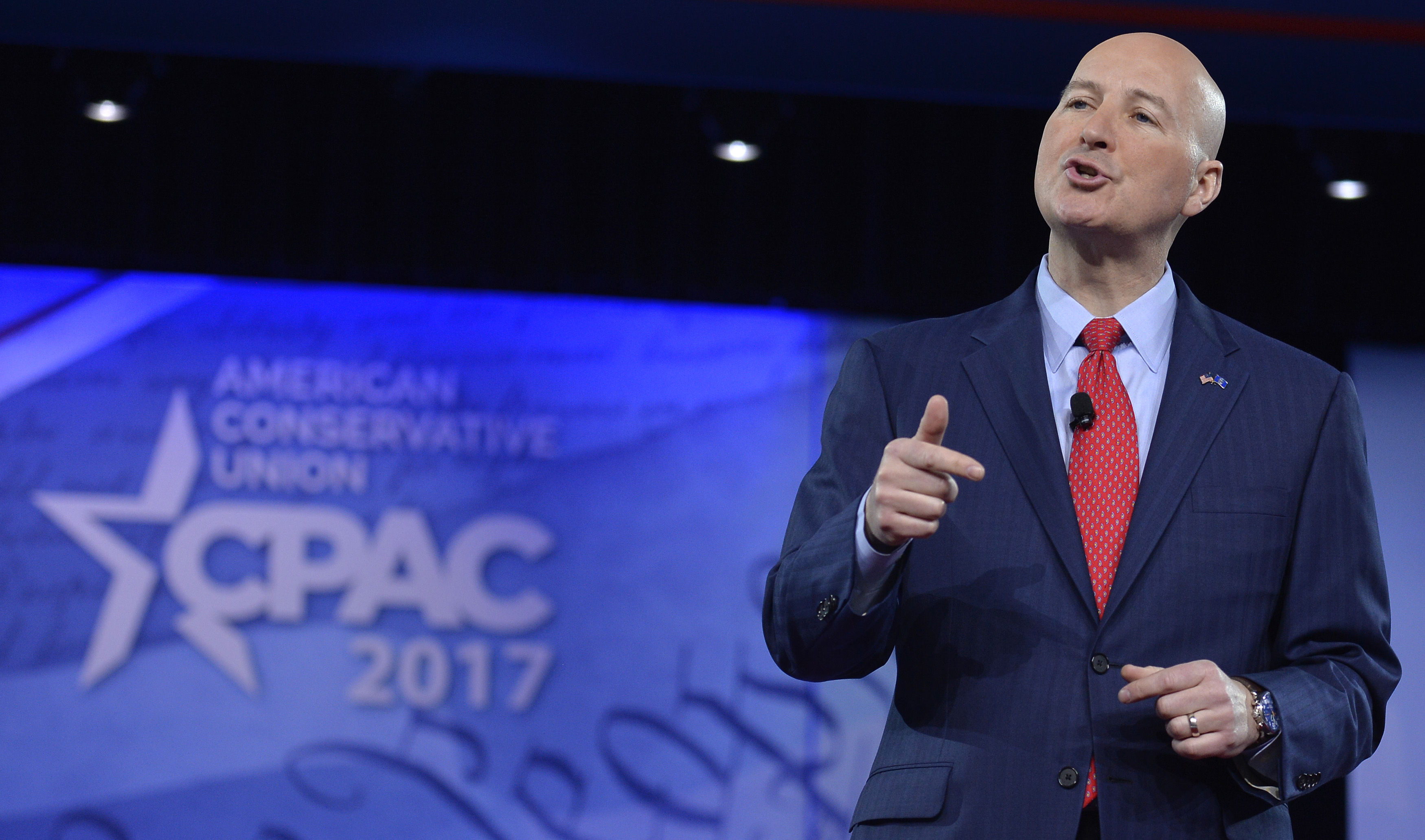 Nebraska Gov. Pete Ricketts announced a plan Monday to build canals along the South Platte River in Colorado under a 1923 compact between the states to allow water flow to Nebraska.

Nebraska can build, maintain, and run canals on Colorado land to divert water from the South Platte River for use by Nebraska under the compact. The century-old agreement also provides Nebraska with the ability to buy land from Colorado landowners or get access by invoking eminent domain.

The decision to invoke the compact came amid concerns that Colorado’s plans for the river could decrease water flow into Nebraska by as much as 90 percent, Ricketts said. It would strain the state agricultural and power industries, most likely impacting water supplies for Omaha and Lincoln, the state’s two biggest cities.

“We are very concerned about what is going to happen with these projects,” Ricketts, a Republican, said during a news conference. The decreased water flows “are going to have a dramatic impact on our ability to feed the world.”

“It’s critical that we be able to maintain these flows,” Peterson said.

Colorado released a report this month that identified 282 new projects within the South Platte River Basin on their side of the border, at a total cost of $9.87 billion.

According to the report, the Colorado population living within the river basin is expected to grow 42 percent to 70 percent between 2015 and 2050, creating more demand for water. The report also warned that climate change may reduce streamflows and shift snowmelt patterns to earlier in the year, while creating greater agricultural demand for water.

A spokesman for Democratic Colorado Gov. Jared Polis said the governor was reviewing the matter.

“The governor just learned of this situation this morning and we are working to understand it more thoroughly at this time including a legal and operational analysis,” said press secretary Conor Cahill. “Gov. Polis continues to oppose the diversion of precious water resources from Colorado.”

Kevin Rein, Colorado’s state engineer and the director of the state’s water resources division, said officials will work with Nebraska to fully understand the proposal and ensure that Colorado’s interests are protected while respecting Nebraska’s rights under the agreement.

“Colorado has a long history of maintaining compliance with the South Platte River Compact and Nebraska and Colorado have always worked cooperatively on the administration of the compact,” Rein said in a statement.

The South Platte River flows northeast from Colorado’s fast-growing Front Range and into Nebraska, where it merges with the North Platte River to form the Platte River before crossing the rest of the state.

Ricketts declined to disclose where Nebraska would get the money to pay for the project, saying he’ll release more details in his annual State of the State address to lawmakers on Thursday. He said Nebraska started work on a canal before World War I, but abandoned the project, part of which is still visible from Interstate 76 near Julesburg, Colorado.

Peterson said the canal would feed into a reservoir that would store water for Nebraska’s use. He said Nebraska officials grew increasingly concerned about Colorado’s ability to deliver water as it deals with its own shortages.

Nebraska and Colorado have been at odds several times in recent years, most notably with Colorado’s early legalization of recreational marijuana. The move was criticized by governors and law enforcement officials in Nebraska, a conservative state that has steadfastly refused to allow the drug in any form.

Last year, Ricketts railed against Polis’ decision to sign a nonbinding proclamation that encouraged people to avoid meat one day a week, calling it “a direct attack on our way of life” and signing a pro-meat declaration of his own.

Meanwhile, Nebraska also announced plans to spend an estimated $200 million on water projects around the state. The plans include building a marina at Lake McConaughy State Recreational Area in western Nebraska, a visitor’s lodge and other upgrades at Niobrara State Park and a 4,000-acre proposed lake to be located between Omaha and Lincoln.

Speaker of the Legislature Mike Hilgers said the measure would help boost Nebraska’s economy, tourism, and recreational offerings. The combined projects would generate an estimated $5.6 billion in economic activity during construction, according to legislative estimates.

“We know our water resources are incredibly critical to this state,” said Hilgers, of Lincoln.