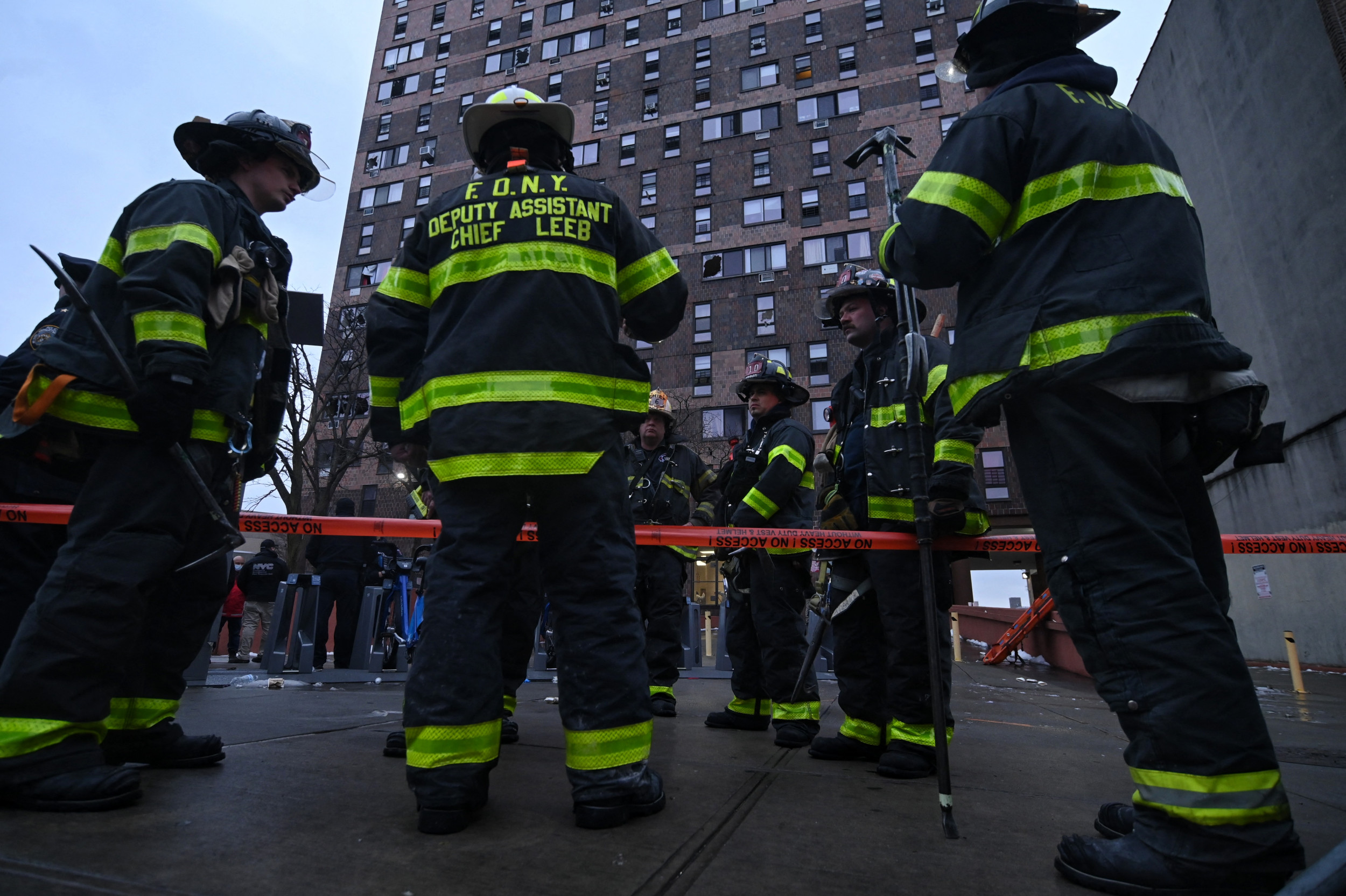 New York City officials have praised the efforts of firefighters as they attempted to rescue people from a major fire in the Bronx area of the city on Sunday—despite running out of oxygen.

Speaking to reporters on Sunday regarding the blaze which left 19 people dead, including nine children, Mayor Eric Adams thanked firefighters for their efforts responding to the fire at the apartment building on 333 E 181st Street.

“Their oxygen tanks were empty, and they still pushed through the smoke,” Adams said.

“You can’t do this if you don’t feel attached to the city and this community, and I really want to thank them for putting their lives in the line to save lives,” he added.

Elsewhere during the conference, New York Governor Kathy Hochul also thanked those went into the building “not knowing their own fate” to save people.

“That’s why I’m so proud to be the Governor of a state like this. You cannot keep us down ever. We are united together,” Hochul said. “And may God bless the individuals who are suffering and the souls of those we lost, particularly the children.”

More than 60 people were also injured during the blaze, with many of the residents inside the building part of Muslim and Gambian communities.

The fire is believed to have broken out due to a faulty electric space heater.

According to New York City Fire Department Commissioner Daniel Nigro, the door to the apartment where the fire started was left open, which allowed smoke to spread to every floor at the 120-unit building.

“Members found victims on every floor in stairwells and were taking them out in cardiac and respiratory arrest,” Nigro said at an earlier briefing.

Luis Rosa, one of those who lives in the building on the 13th floor, said the smoke was so thick that he couldn’t see down the hallway.

Mayor Adams described the fire as “one of the worst fires we have witnessed here in modern times” in New York.

The fire is the deadliest to occur in the city since 1990, when 87 people died in an arson attack at the Happy Land social club in the Bronx.

In a statement, the Bronx Park Phase III Preservation LLC, the name of the joint venture that owns the building, said: “We are devastated by the unimaginable loss of life caused by this profound tragedy.

“We are cooperating fully with the Fire Department and other city agencies as they investigate its cause, and we are doing all we can to assist our residents. Our thoughts are with the families and friends of those who lost their lives or were injured, and we are here to support them as we recover from this horrific fire.”

The FDNY has been contacted for an update.