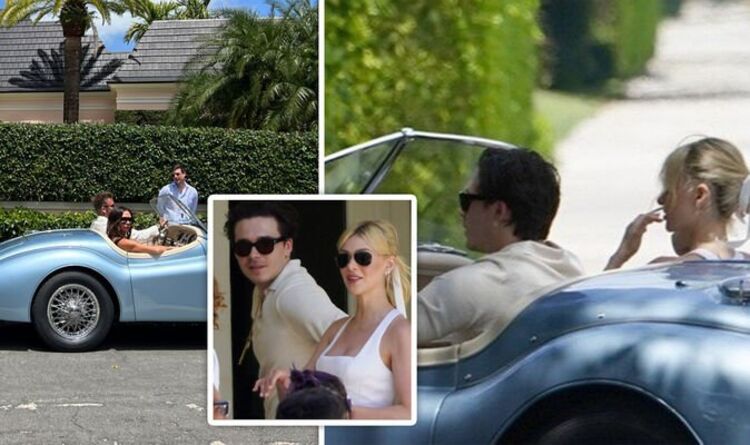 Brooklyn looked smart in a cream knitted top as he drove Nicola to their large post-wedding get together.

The star’s eyes were covered by some stylish shades, but he could be seen smiling in his car mirror.

Meanwhile, the bride wore her blonde locks in a ponytail tied with a white ribbon.

She appeared to also be wearing white like her husband, and could be seen enjoying the sun in their open-topped car.

The pair’s romantic arrival came minutes after David and Victoria appeared in another vintage vehicle.

The proud parents were greeted by Romeo, Cruz and Harper, as they prepared to see their eldest son step out into the sunshine with his new bride.

Brooklyn and Nicola tied the knot yesterday at a star-studded ceremony costing millions.