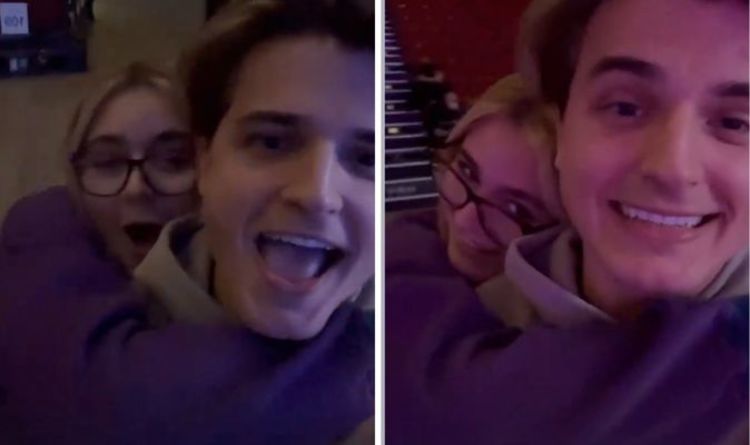 Tilly Ramsay, 20, can be seen clinging to her Strictly Come Dancing partner Nikita Kuzmin as the star returns for the Strictly live Tour. The two can be seen together in Nikita’s story on Instagram as they rehearse for the live shows.

In the star’s post, the two can be seen filming a selfie shot as Tilly clings to him and exclaims “I’m not letting go.”

Nikita has been out of action for a while after announcing last week that he tested positive for Covid-19 and had to isolate.

The star was training with other Strictly contestants before a show in Leeds.

Tilly then shrieked in mock excitement in reflection of Nikita’s story, although Nikita wasn’t quite convinced by her acting.

He said, urging her to try again: “That’s not excitement!”

He then carried on filming, turning to other crew members, such as Janette Manrara, asking her: “Janette, are you excited?”

She replied: “That Nikita’s back? Absolutely,” the dancer said, as she wired around excitedly.

He also asked Maisie Smith if she was excited and she responded saying “a solid 9.5 out of 10.”

Kai Widdrington, when asked, said he rated his excitement a “50 out of 10” to which Nikita responded saying “that’s not fair!”

In view of his followers, Nikita broke the news last week that he had contracted Covid-19.