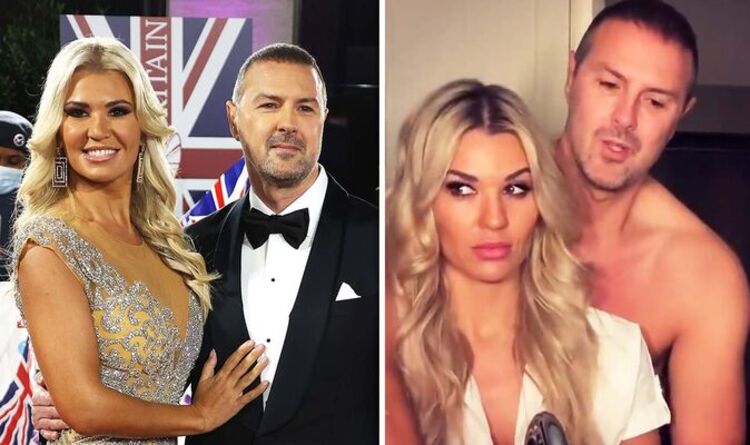 Paddy McGuinness, 48, ended up in agony after he accidentally sat on a pile of chilli peppers during a passionate tryst with his wife Christine, 33. The faux pas began when he returned home to find his model wife cooking in nothing but an apron.

In a moment of passion, a naked Paddy jumped up on the kitchen counter.

Little did he know he had inadvertently sat on a heap of chopped chilli peppers and burned his bare backside.

Explaining the painful moment in a new interview, Paddy says it certainly “wasn’t the best of experiences”.

The Take Me Out Host detailed to The Sun on Sunday: “Once bitten, twice, shy, that’s for sure. Let me tell you, it was like a ring of fire.

READ MORE:BBC’s Deborah James ‘so sad’ after being rushed back to hospital

“I know some people can’t even put chillies in their mouth — and if you do put them in your mouth, they usually leave your body from the same place that I sat on, if you know what I mean. It’s not something I’ll be repeating.”

The comedian had to quickly cool himself down with Sudocrem and a very cold bath.

He confirmed he has “now made a full recovery”.

The Question of Sport host admitted that the frisson took place before the couple had their three children, eight-year-old twins Penelope and Leo and six-year-old Felicity.

Paddy and Christine have candidly provided an insight into their home life since all three of their children were diagnosed with autism.

In December, the couple released the BBC documentary, Our Family and Autism, which was filmed over several months and saw Paddy and Christine navigate parenting three autistic children.

After its success in spreading awareness about the condition, the couple launched their podcast, Table Talk with Paddy & Christine McGuinness.

On the podcast, Paddy and Christine meet six families across the UK with disabled children to learn more about the realities of family life.

In one episode, Real Housewives of Cheshire star Christine, who was diagnosed after her twins, recalled the first moment she was told they had autism.

She said: “I was so shocked. I was convinced [the doctor] was wrong, because I knew nothing about it.”

Paddy added that they have not told their children about their autism because “it might be a bit much for them” and they are waiting for the perfect time.