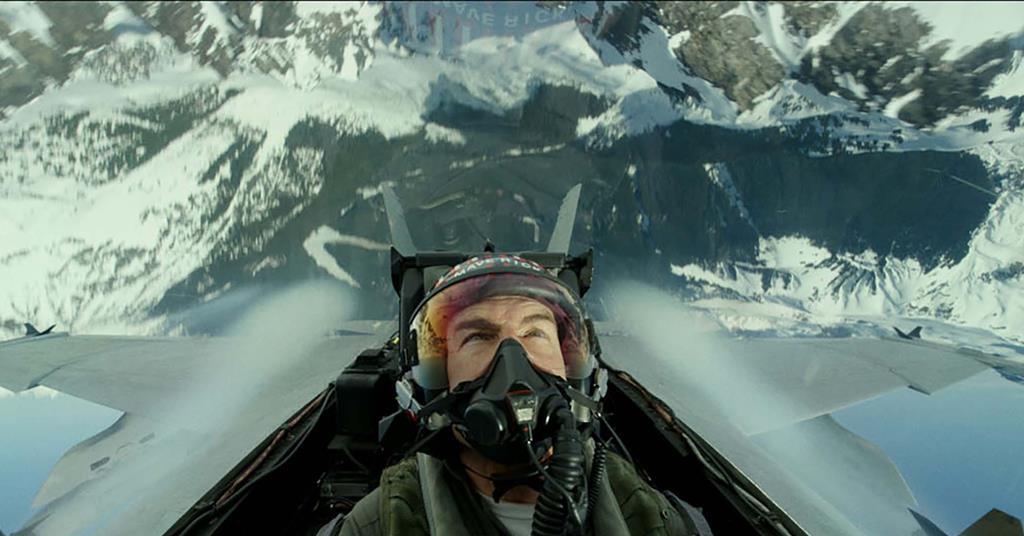 A recorded message from Tom Cruise sitting atop a biplane flying high in the sky cued up a trailer from the 2023 tentpole (July 14) before the title was revealed to enthusiastic applause from attendees. Cruise is currently shooting the eighth Mission: Impossible film, se to open on June 28, 2024.

Next up the studio showed a preview screening of Top Gun: Maverick. The tentpole was filmed in Imax and gets it world premiere in San Diego on May 4 before the May 18 screening in Cannes where Cruise will receive a special tribute. The US and UK  date is May 27, two days after the film opens in France.

Cruise reprises his role as the ace fighter pilot first seen in the late Tony Scott’s 1986 original. Joseph Kosinski directs the sequel in which Maverick, at the behest of Admiral Kazansky aka Iceman (Val Kilmer in a touching cameo) is ordered to teach a new intake of Navy pilots. Miles Teller, Jon Hamm, Jennifer Connelly and Glen Powell are among the cast.

Earlier in the presentation Paramount’s president of theatrical domestic distribution Chris Aronson said, “We’re not completely back yet and now is not the time for complacency… we have to ensure every facet of the experience is absolutely the best it can be.”

He urged “sharing data, not selling it, to help us market movies to your patrons”… and ensuring price-value ratio was “fair and proper”.

A brief sizzle reel of upcoming tentpoles showed footage from Damien Chazelle’s Babylon starring Brad Pitt and Margot Robbie and Paws Of Fury: The Legend Of Hank. Coming up in 2023 the slate includes prequel A Quiet Place: Day One, Dungeons And Dragons, If, Teenage Mutant Ninja Turtles and anther Transformers instalment.