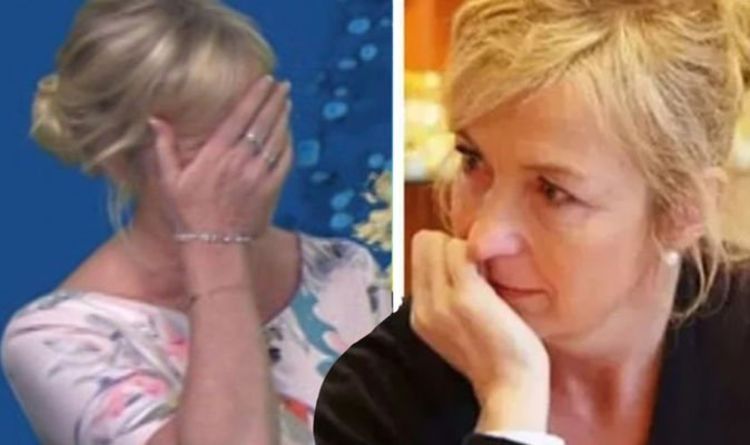 Carol Kirkwood, 59, admitted she made a mistake last night, after forfeiting her normal sleep routine to watch new BBC crime drama Trigger Point. Despite enjoying the third episode of the gripping series, the BBC Breakfast presenter confessed she stayed up “far too late” and slightly regretted it the next morning.

BBC Breakfast airs mornings at six o’clock, meaning the team have to be in the studio to be briefed and ready to go a minimum of an hour before.

As the TV drama unfolded, viewers watched as tensions continued to rise between the police and the far-right group responsible for the bombings, with main character Lana perhaps uncovering the inside man behind the attacks at the very end.

We were all left on a cliff-hanger, and Carol was left feeling very, very sleepy on Tuesday morning.

Taking to Twitter, she said: “Stayed up far too late last night catching up with #TriggerPoint.

Tomasz rocked a green jumper as he looked towards his co-star for the candid shot.

The weatherman is a regular forecaster on BBC News and has quickly risen through the ranks as one of the UK’s top meteorologists.

Carol is a firm favourite on BBC Breakfast and often fronts the weather on the morning programme.