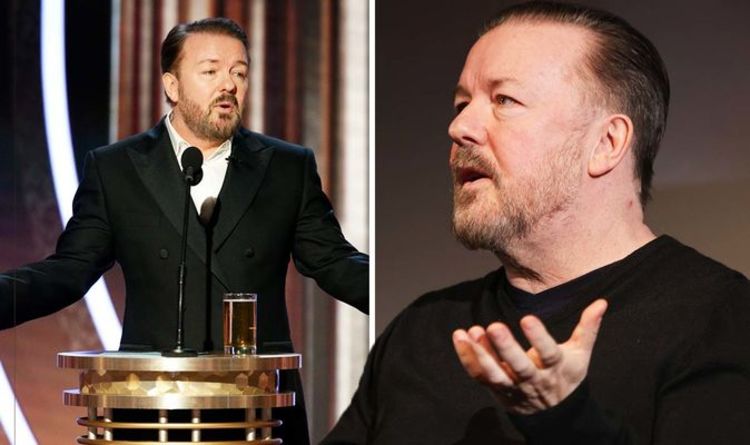 Ricky Gervais, 60, has put the success of his hard-hitting comedy down to the public’s changing attitudes to the rich and famous. The After Life creator said he believes the public enjoy his savage celebrity take-downs because people are sick of “being lectured by people who have everything”.

Ricky reflected on his time hosting the Golden Globes and remembered how his jokes were deemed too controversial when he first took on the gig in 2011.

However, after being asked five times to host the awards, Ricky says the public cheered on his razor-sharp jokes as their attitudes to celebrities changed.

“By the last one it was like, ‘God, give it to them, we hate celebrities!’”

He explained that he believes the shift in attitudes was provoked by celebrity “virtue signalling”.

The comedian continued: “I know what it is. With all of the austerity and people struggling, they think, ‘Why are these people lecturing me? They’re going   to an awards ceremony in a limo and are telling me to recycle?’

“The people with nothing became tired of being lectured by people who had everything.”

It comes as Ricky gears up for the release of After Life’s third series.

The latest instalment will pick up directly from where season two left off as Tony (Gervais) mourns the death of his father, Ray (David Bradley).

Ricky has insisted this series will be its last, despite knowing that he could write more.

He told Deadline: “It’s a no-brainer I should do a fourth.