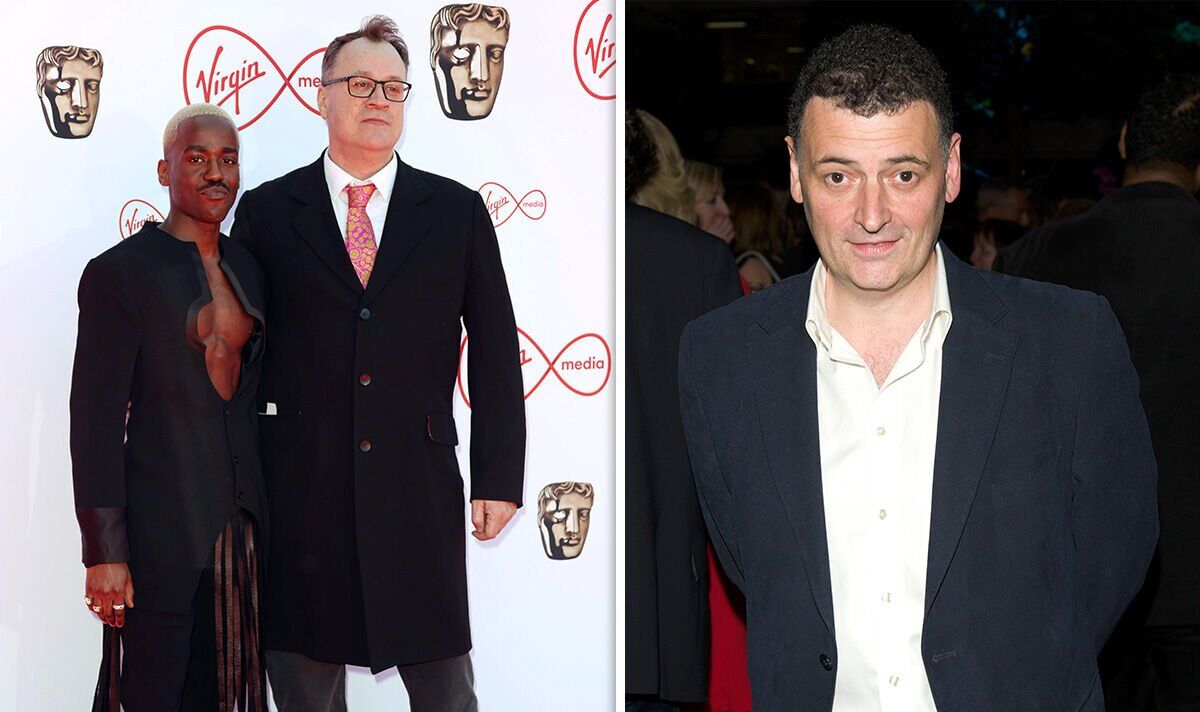 Steven Moffat is best known as the former showrunner, writer, and executive producer of the BBC series Doctor Who and Sherlock. The science fiction pro has opened up about the “stressful” time he experienced while working on the popular shows, even sharing the advice he gave to the BBC when he exited Doctor Who.

Steven, 60, was showrunner of Doctor Who between 2009 and 2017, creating the series which featured Matt Smith as the Eleventh Doctor and Peter Capaldi as the Twelfth Doctor.

He took over from legendary screenwriter and showrunner Russell T Davies, who revived the historic British sci-fi show in 2004.

While helming the hugely popular time-travelling show, he also teamed up with writer and actor Mark Gatiss to create the BBC’s Sherlock, starring Benedict Cumberbatch.

When he was interviewed, Steven revealed he had recently revisited his emails from 2010, which was the year he launched Sherlock and became Doctor Who’s showrunner.

He admitted that the intense workload of managing both at the same time feels like a distant memory now, but regrets the way he handled the stress.

“All I ever did was work and get grumpy,” he recalled.

“Looking back on it now, I’m like, ‘You were having the year of your life!

“It’s one of the biggest shows in the world – it should swagger like one,” he told Radio Times.

With this in mind, Steven is apparently thrilled that the channel is now throwing its full weight behind the show with original showrunner Russell.

The TV giant has been behind some of the UK’s most influential shows, most recently winning critical acclaim with his hit series It’s A Sin.

He successfully brought back Doctor Who, which originally ran from 1964 to 1989, after a 16-year hiatus.

Russell then oversaw the popular eras of Christopher Eccleston and David Tennant between 2005 and 2010.

The showrunner and his team have now officially chosen a replacement for Jodie Whittaker, who was the latest regeneration of the Doctor under divisive showrunner Chris Chibnall.

Yesterday, it was revealed that 29-year-old Sex Education star Ncuti Gatwa will be taking over the role.