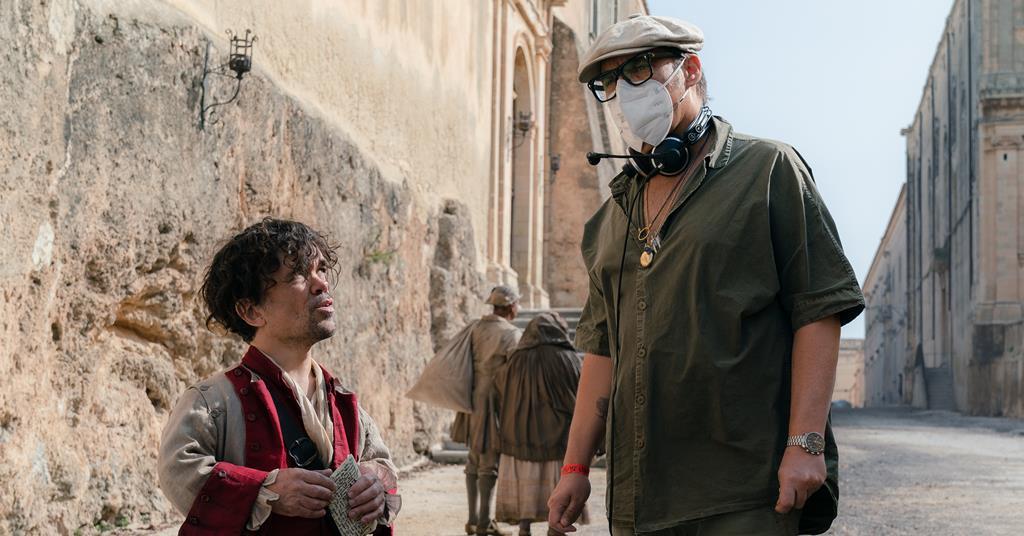 Self-assured, loyal, vulnerable and with a caustic wit — these are all terms that have been used to describe Peter Dinklage at various stages over his 27-year acting career. These are also qualities that could be used to describe Cyrano, the hapless-in-love soldier whose poetry rivals Cupid’s arrow but whose unusually large nose keeps him from Roxanne, his one true love.

A fictionalised version of a real Frenchman, Cyrano was first brought to life by Edmond Rostand in the 1897 play Cyrano De Bergerac, and the role has been reprised many times over the last century, even prompting deri­vations such as Roxanne (1987) and the gender-flipped The Truth About Cats & Dogs (1996). But Dinklage was never interested in the man or the myth of Cyrano.

“I think because of who I am physically, it just never spoke to me,” says Dinklage. “It was always a handsome actor in a fake nose. I didn’t connect with it on a level that I’ve connected to other roles.”

Indeed, from Benoit-Constant Coquelin in the stage original (briefly captured in a 1900 short film), to the versions starring Christopher Plummer (1962 TV movie) and Gérard Depardieu (1990 film), and the filmed 2008 stage play starring Kevin Kline, classic leading men have always embodied Cyrano. It was not until playwright Erica Schmidt (who also happens to be Dinklage’s wife) wrote a version of Cyrano where she ditched the nose, added musical numbers, and made Cyrano’s distinctive attribute his small stature, that Dinklage found himself intrigued with the character.

“I thought, ‘Okay, that’s interesting,’” he says. “His most famous attribute is taken away from him. What are you left with? You’re left with his heart — with what we’re all faced with. I could finally connect with it.”

Schmidt’s Cyrano — which she also directed — ran as an off-Broadway production in November 2019, having previously played at the Goodspeed Opera House in Connecticut. Dink­lage starred opposite Jasmine Cephas Jones as Roxanne, and then Haley Bennett took over from Jones, eventually being cast opposite Dinklage in Joe Wright’s movie musical, Cyrano.

Wright had attended the show to see his partner, Bennett, in what was her stage debut, and was immed­iately taken with the production. “It inspired him,” says Dinklage. “And it made perfect sense with how cinematic [Schmidt’s] directing was.” Like several of Wright’s previous period films — Pride & Prejudice, Atonement, Anna Karenina — he set off to create a lush and romantic cinematic universe for Schmidt’s adapted screenplay.

The resulting film co-stars Kelvin Harrison Jr (Waves) as Roxanne’s handsome suitor Christian, a fell­ow soldier who raises his woo game thanks to poetic words scripted by Cyrano, and Ben Mendelsohn as the predatory aristocrat De Guiche. United Artists Releasing gave the film a mid-December awards-qualifying run in New York and Los Angeles foll­owing its September 2021 Telluride premiere, and is set to open in North America on January 28. Universal releases in the UK on February 25.

When it comes to leading men, Holly­wood’s definition has, for the most part, been narrow: white, hetero­sexual, tall, lean, handsome. So, when Dinklage starred in Tom McCarthy’s critically lauded The Station Agent in 2003, it gave a new take on what a leading man could look like. Fast forward to Cyrano, and Dinklage continues to push boundaries of who can play a romantic lead.

“I always want to do something I’ve never done before,” says the actor, who has now filled two iconic literary roles in Cyrano (landing him a place on Bafta’s longlist for leading actor) and Game Of Thrones’ Tyrion Lannister (resulting in four Primetime Emmys). “I like to challenge stereotypes. Every time I read a script, I want it to be unique from the last thing I’ve done.”

Singing, dancing and sword-fighting certainly offered a unique combination for Dinklage. In one of the opening scenes that introduces Cyrano to the audience, Dinklage manages a Hamilton-esque rap sequence while performing a choreographed stage fight with a nemesis. Naturally, playing Cyrano required significant physical training, and Dink­lage credits the skill he portrays on screen to his “brilliant” stunt co-ordinator and stunt team. It was also the first time Dinklage had sung in a production, other than the theatrical version of Cyrano, so his vocal coach was key to sticking the landing.

“Few actors can say they’ve done a movie musical,” Dinklage says of the film’s score, which comes from rock band The National’s Aaron and Bryce Dessner with lyrics by its frontman Matt Berninger with Carin Besser. “I’m not really a trad­itional singer, but as long as you sing from your heart and on key, it’s okay,” he adds, with a laugh.

Although Dinklage would not deign to compare himself to a professional singer, he knew that putting himself into the songs — as in, singing them for himself, not for others — was going to get the best result. “It freed me not to think to do an impersonation of another singer, but to just sing for me. That’s what [the best ones] do.”

Dinklage likes to be chall­enged by roles, and sees an upside that is evident in the work produced. “The more uncomfortable an actor is on the screen, the better the end result will be,” he explains.

For nearly everyone on Cyrano, it was the first production they had worked on since the start of the pandemic. They filmed in the town of Noto, Sicily, over the autumn and winter of 2020, and had free rein of the place with the blessing of the mayor and dozens of local Italian crew members. And because of the familial connections (Dinklage and his wife, Schmidt; the Dessners are twin brothers; Berninger and Besser are married; Wright and Bennett are partners), Dinklage thrived off that familiarity.

“You don’t often get that in films,” he says. “You just show up, you meet people, and you go straight to work. The family affair aesthetic was really infused and very important to the project. Like any good partnership, you know what the other person is thinking. It’s very dynamic.

“For lack of a better phrase, you don’t have to small-talk it. It’s a lovely way to work.”