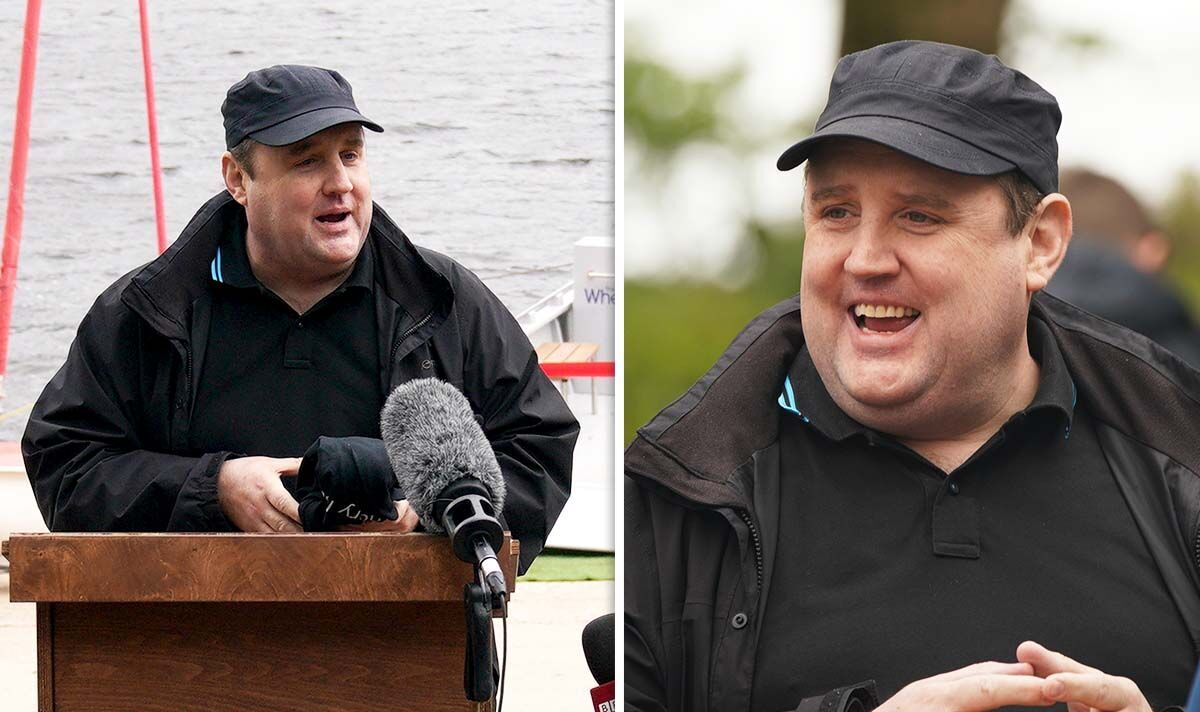 Peter Kay, 48, surprised fans when he was the guest of honour launching a new wheelchair-accessible ‘wheelyboat’ near his home in Bolton. The comedian stepped away from the public eye in 2017 due to “unforeseen family circumstances” but returned to the stage earlier this month to begin his first stand-up tour in 11 years.

As he cut the ribbon to the boat on Saturday, Peter said: “It’s very lovely to be here today.

“I’m honoured to be asked to launch this fantastic wheelyboat, which I hope gives a lot of people a lot of pleasure and happiness out on the water.

“I love coming here, and the people are really nice. When it’s a nice day and there’s a heatwave you think you’re in the south of France.”

In true comedic style, Peter couldn’t help but crack a few jokes, including: “I’ve never launched anything in my life, apart from one of my children – no, only kidding.”

When he was asked how he was doing, the star replied: “I’m great, thank you very much.

The boat was launched on the Lowere Rivington Reservoir near Chorley. It will give disabled adults and children the chance to enjoy water-based activities.

His first post was a photograph of himself sporting a huge grin while peering from behind a stage curtain.

Dozens took to the comments to gush about his return to the spotlight.

And Jan cheered: “How lovely to see your smiling face again!”

The following year he made a brief appearance at a screening of BBC’s Car Share and didn’t take to the stage until August 2021 for a charity show.

The event was to raise money for Laura Nuttall, a 21-year-old seeking treatment for brain cancer.