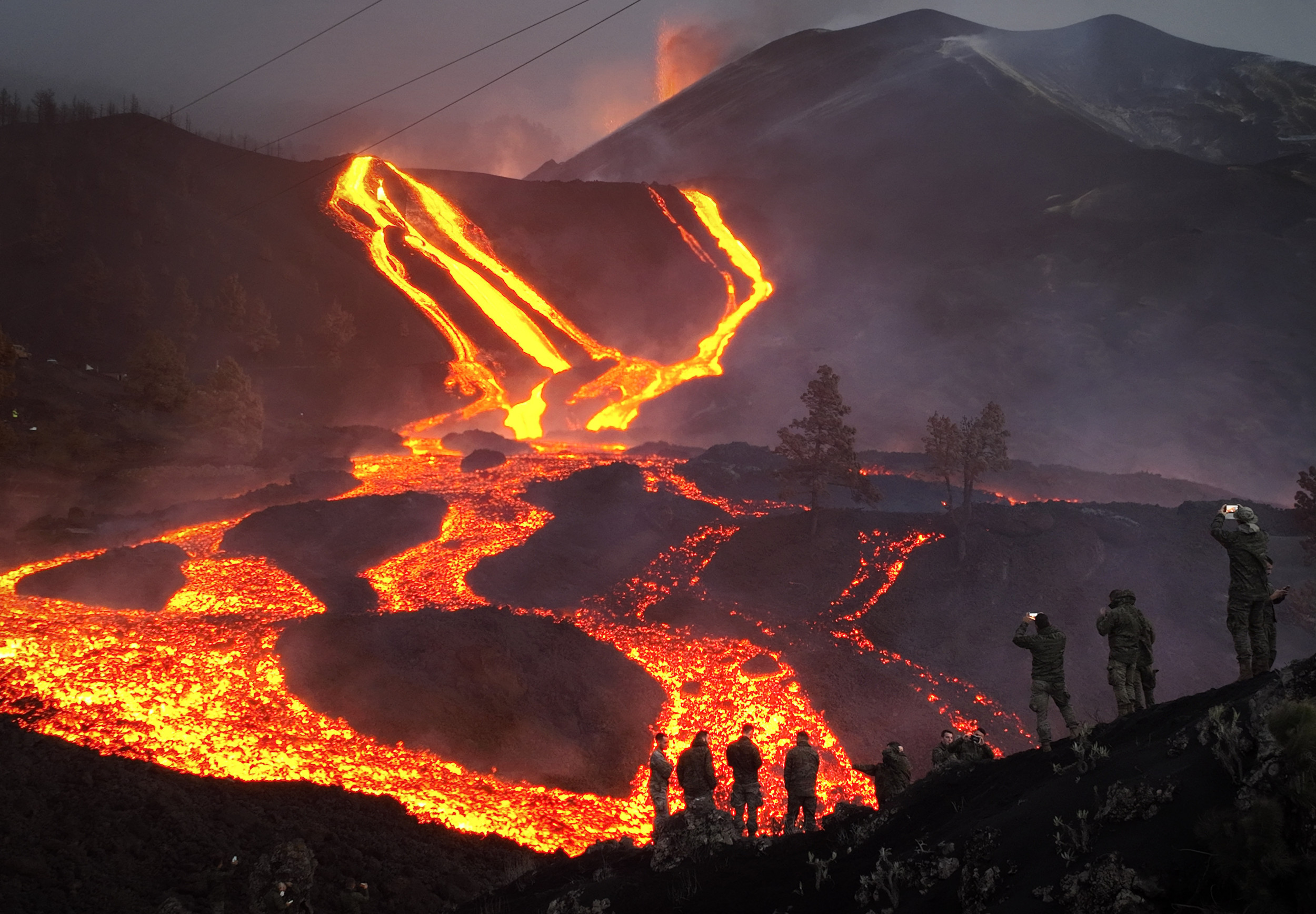 Scientists officially declared the eruption on Spain’s La Palma island to be over on Christmas, nearly 100 days after the volcano began spewing lava and ash.

The Cumbre Vieja volcano started erupting on September 19, causing widespread destruction. La Palma is located in the Canary Islands archipelago off the coast of northwest Africa.

“What I want to say today can be said with just four words: The eruption is over,” regional security chief Julio Perez said on Saturday, according to Reuters.

For months, lava ran across the island, destroying thousands of buildings and devastating roads and farmland. Extraordinary photos of the event have captured molten rock pouring down mountainsides and thick layers of ash.

The eruption marked the longest on record for La Palma and destroyed some 3,000 properties across 1,219 hectares (around 3,000 acres), according to Reuters.

No injuries or deaths have been reported as a direct link to the volcano, but the eruption forced roughly 7,000 people to evacuate and left hundreds of houses uninhabitable.

The volcano initially went quiet on December 13, but authorities wanted to err on the side of caution before declaring the area free of eruption. National Geographic Institute spokeswoman and volcanologist María José Blanco said that if little activity was observed after 10 days, officials could declare the event over, paving way for the Christmas Day news.

“Being able to see the sun properly for the first time in nearly three months, sleeping at night without tremors, totally changes the picture,” 61-year-old La Palma resident Francisco Javier López told the Associated Press. “But the future remains bleak.”

Other residents have expressed skepticism that the eruption is really over. German couple Jacqueline Rehm and Juergen Doelz, who rent a house in the island village of Todoque, told Reuters that they were forced to evacuate the area for at least seven weeks.

“We couldn’t save anything, none of the furniture, none of my paintings, it’s all under the lava now,” Rehm, 49, told the news outlet. “I’m not sure it’s really over. I don’t trust this beast at all.”

Along with ash and lava destructions, officials on La Palma warned residents that the volcano resulted in “very unfavorable” air quality in some municipalities, and urged people to avoid outdoor activities when possible. Images captured the volcano spewing thick layers of smoke across the island.

“We will continue working together, all institutions, to relaunch the marvelous island of La Palma and repair the damage,” he tweeted. According to Reuters, the Spanish government has pledged more than 400 million euros ($453 million) to help address damage on the island.