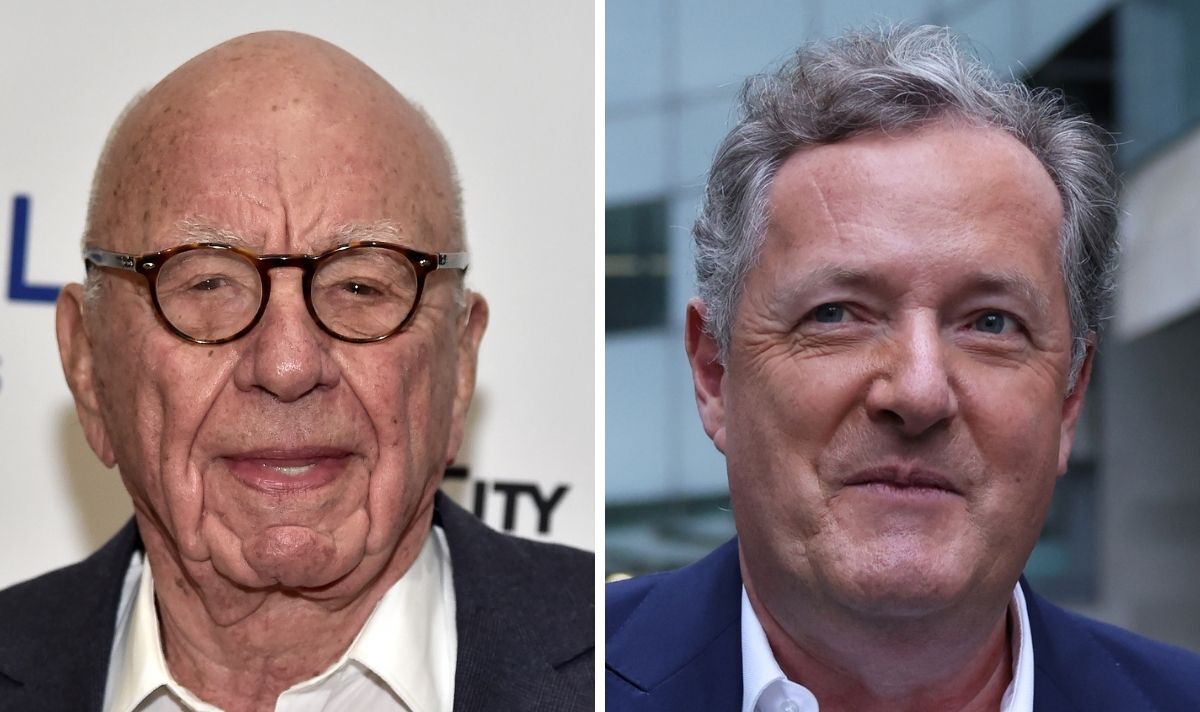 Mr Morgan is heading up a flagship show on the brand new TV channel TalkTV as part of a three-year deal reported to be worth £50million. The show, Uncensored, comes a year after his exit from Good Morning Britain (GMB) following comments he made about the mental health of Meghan Markle. A press campaign has seen snippets of Mr Morgan’s new interviews on social media, including with a former friend of the presenter, Donald Trump.

Mr Trump is not the only familiar face Mr Morgan has come face-to-face with in his new role at the broadcaster.

His new boss, Rupert Murdoch, is also his old boss.

The 91-year-old media mogul employed Mr Morgan as editor of the now defunct News of the World tabloid in 1994 when he was just 29.

A year later, he became the editor of the Daily Mirror, where he stayed for almost a decade.

Mr Murdoch offered some kind words about Mr Morgan when the deal was announced last year, when he said: “Piers is the broadcaster every channel wants but is too afraid to hire.

“Piers is a brilliant presenter, a talented journalist and says what people are thinking and feeling.”

But the pair have not always shared such an amicable relationship.

One read: “Piers Morgan seems unemployed after failing to attract any audience in US. Seemed out of place.

“Once talented, now safe to ignore.”

“Piers is a friend and a legend.”

Mr Morgan’s employment under Mr Murdoch came to an end after he intruded into the privacy of a woman undergoing treatment in a clinic.

Mr Murdoch publicly admonished him after his actions came to light.

Then, after spending nearly ten years at the Daily Mirror, a newspaper not under the Mr Murdoch’s News UK banner, Mr Morgan found himself embroiled in a string of further controversies.

One of these ultimately saw his end at the Mirror, when the newspaper published hoax pictures of British soldiers abusing Iraqi prisoners in 2004.

But Mr Morgan and Mr Murdoch are likely back on good terms with the introduction of TalkTV.

The company has insisted that it will not be a traditional rolling news channel, and will also feature entertainment, documentaries and sports programming.

However, many have argued that the bedrock of its output is likely to come from current affairs discussions like Mr Morgan’s Uncensored.

The channel is built out of News UK’s radio stations, which consists of talkRadio, talkSport, Times Radio and Virgin Radio.

Some have drawn potential parallels between TalkTV and GB News, the channel that launched in 2021.

But, in a dig at GB News, which endured a disastrous launch, including the departure of its star presenter Andrew Neil, News UK said there would be “proper hourly news bulletins” on its service.

Mr Morgan’s Uncensored is available on TalkTV from April 25.