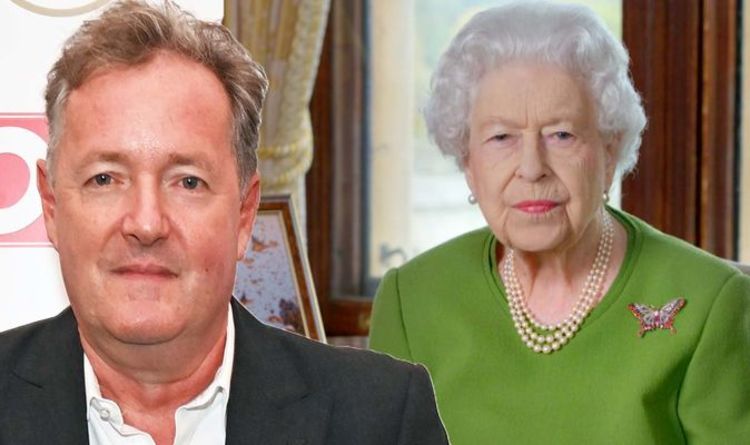 Piers Morgan, 56, took to Twitter to commend the Queen, who he branded as “absolutely remarkable”. The broadcaster retweeted a video of her annual Christmas speech in view of his 7.9 million followers.

The post, shared by the Royal Family’s official account, was captioned: “‘And for me and my family, even with one familiar laugh missing this year, there will be joy in Christmas, as we have the chance to reminisce…’

“In her 2021 broadcast, The Queen reflects on the life of the Duke of Edinburgh, while looking ahead to her Platinum Jubilee in 2022.”

Fans of the former Good Morning Britain presenter agreed with him.

Social media user dissenter_ok wrote: “The most incredible women in the World no question. A life spent in service to the British people.

“You just cannot buy gravitas and respect like that on the World stage, Kudos..”

JRWhit28 typed: “Yes, God bless Her Majesty. She needs at least a hug, and a nice flavorful cup of tea, or whatever she generally drinks.

On Friday, Piers also showed his admiration for Kate, the Duchess of Cambridge, labelling her a “proper Duchess”.

The TV star gushed over Prince William’s wife’s hidden talents after she played the grand piano in Westminster Abbey.

The royal, who has played the piano since she was a child, performed with Tom Walker as he sang his song For Those Who Can’t Be Here.

Piers retweeted a message from the official account from the Duke and Duchess of Cambridge.