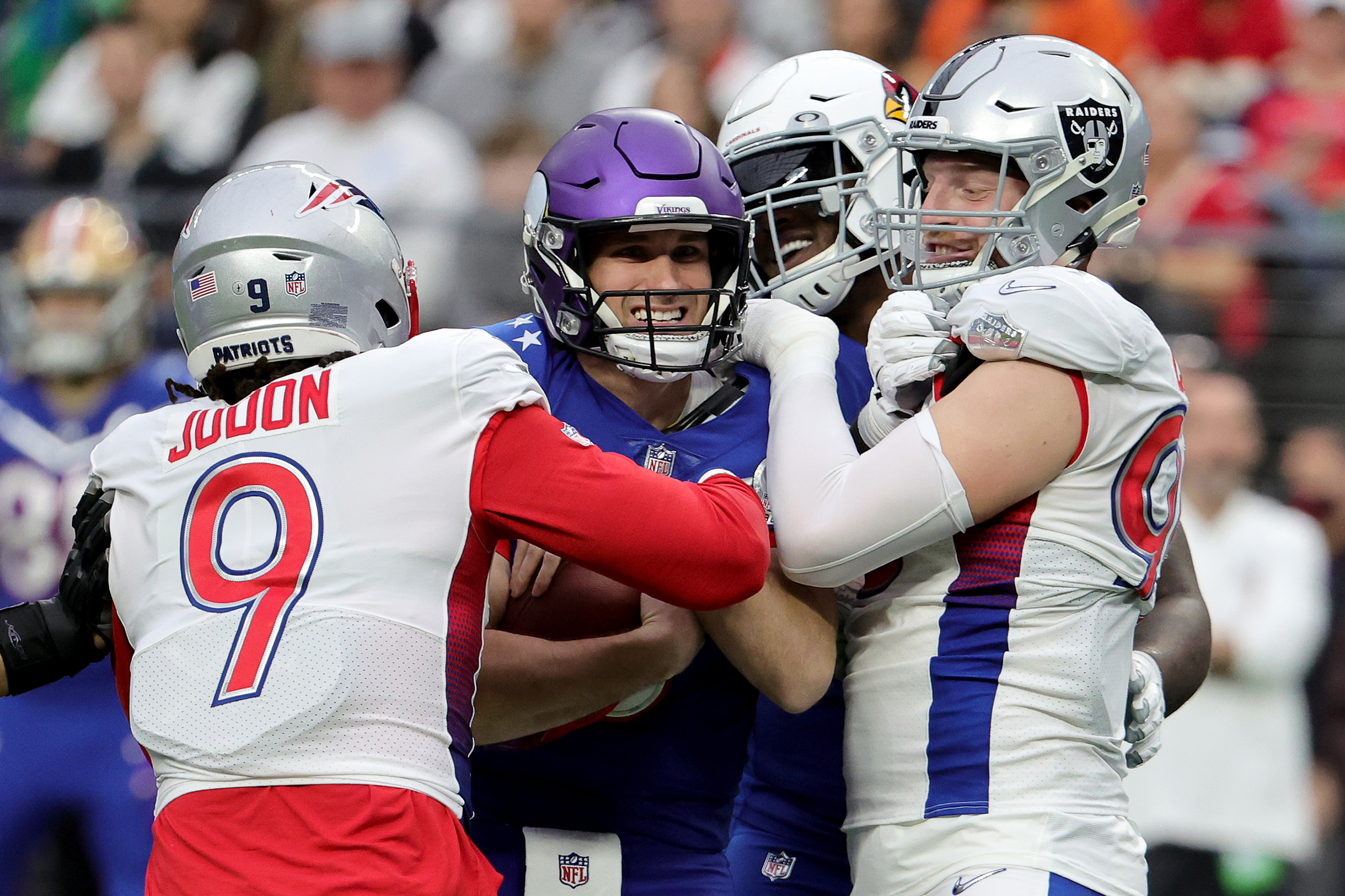 Thousands of football fans flocked to Allegiant Stadium in Las Vegas to see the NFL‘s best players knock heads in the annual Pro Bowl. Instead, a glorified game of two-hand touch broke out.

Linemen on both teams looked like teenagers slowly swaying at a junior high dance as there was no real pass rush. The only player who seemed to get dirty was New England Patriots quarterback Mac Jones, who took a knee two times in a row to seal the AFC’s, 41-35, win. The only penalty flag in the first half wasn’t for an accidental hit, but a false start.

The only tackling in the game seemed to be at halftime, where Raiders punter A.J. Cole destroyed two hot dogs.

Sunday afternoon’s game seems an eternity from the days of guys winning a Super Bowl one weekend and then flying to Honolulu for another head-smashing affair. One week after the Dallas Cowboys crushed the Buffalo Bills in the 1993 Super Bowl, quarterback Troy Aikman tossed a touchdown pass to Dallas teammate Michael Irvin in the Pro Bowl. The AFC won that game, 23-20, in overtime. It was a hard-hitting game, back when players still had pride on the line.

“Lord help me. I’m watching the @nfl Pro Bowl and I remember when we were so proud and appreciative of that accolade. We went to Hawaii to prove we were more than worthy so we competed at practice and in the game. I wanted u to know that PRIME was PRIME ! What Happened & When?” former Cowboys defensive back Deion Sanders tweeted on Sunday.

The 2006 game won’t be remembered for the NFC’s 23-17 win as much as it will be recollected for the devastating hit that NFC’s Sean Taylor delivered to AFC punter Brian Moorman on a fake punt. The hit looked as if it knocked Moorman back into the 2004 season.

You can’t say there absolutely “no defense” in Sunday’s game as there were four defensive touchdowns in the first half alone. On all of those, the player who scored the touchdown avoided the two-hand touch.

There were eight turnovers, which included seven interceptions thrown by elite quarterbacks.

Los Angeles Chargers quarterback Justin Herbert was the offensive MVP for his 98 passing yards with two touchdowns. The defensive MVP was Maxx Crosby of the hometown Las Vegas Raiders.

The announced crowd was 56,206—most of whom seemed to enjoy the game at Allegiant Stadium. The folks watching at home didn’t seem too thrilled, though. Twitter users sounded off within the first two minutes of the game.

“R they not tackling anymore in the Pro Bowl? I’m sorry but this isn’t football. I’ve played in this gm numerous times and I LOVE the NFL, but this is embarrassing,” Hall of Fame player Shannon Sharpe stated.

Twitter didn’t end there as pretty much every comment bashed the game itself, along with an apparent lackluster effort from highly-paid stars.

It’s a good thing this year’s Pro Bowl is over, which means the most important game of the season is next.

The Los Angeles Rams and Cincinnati Bengals will square off in Super Bowl 56 on Sunday (02/13/2022) at SoFi Stadium in Los Angeles.

There will surely be real tackling, fierce effort and a meaningful outcome this time.