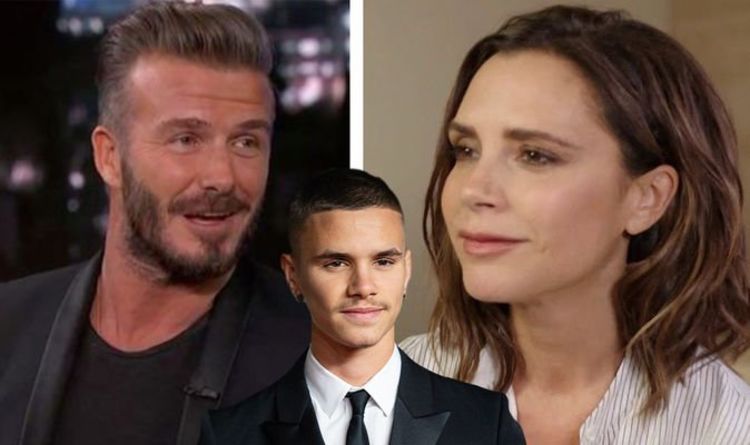 David Beckham, 46, and his wife of 22 years Victoria, 47, spoke out about how proud they are of their middle son Romeo, 19, who had some big news to share on Thursday. The teen looks to be following his fathers famous sporting shoes even more so, as she signed a new sponsorship deal with sports brand Puma.

His debut as the newest face of the clothing company comes as he prepares for his second season as a professional footballer with Fort Lauderdale CF.

Romeo is set to wear Puma’s Future Z 1.2 football boots next season, which are also worn by PSG’s Neymar.

After Puma posted the campaign on their social media channels where the youngster talks about what football means to him, both David and Victoria shared it to their own retrospective Instagram accounts to congratulate their boy.

Taking to Instagram, he playfully mocked Victoria for her exercise routine, showing her in a compromising position.

He shared a snap with his 69.8million followers, of the former Spice Girl lifting a barbell above her head while squatting.

The photo was originally posted on her own account, with the caption: “Trying to keep up with David in the gym.”

But his re-post read: “Did you manage to move from this position? @victoriabeckham.”

The chocolate boxes were specifically designed for the Beckham family.