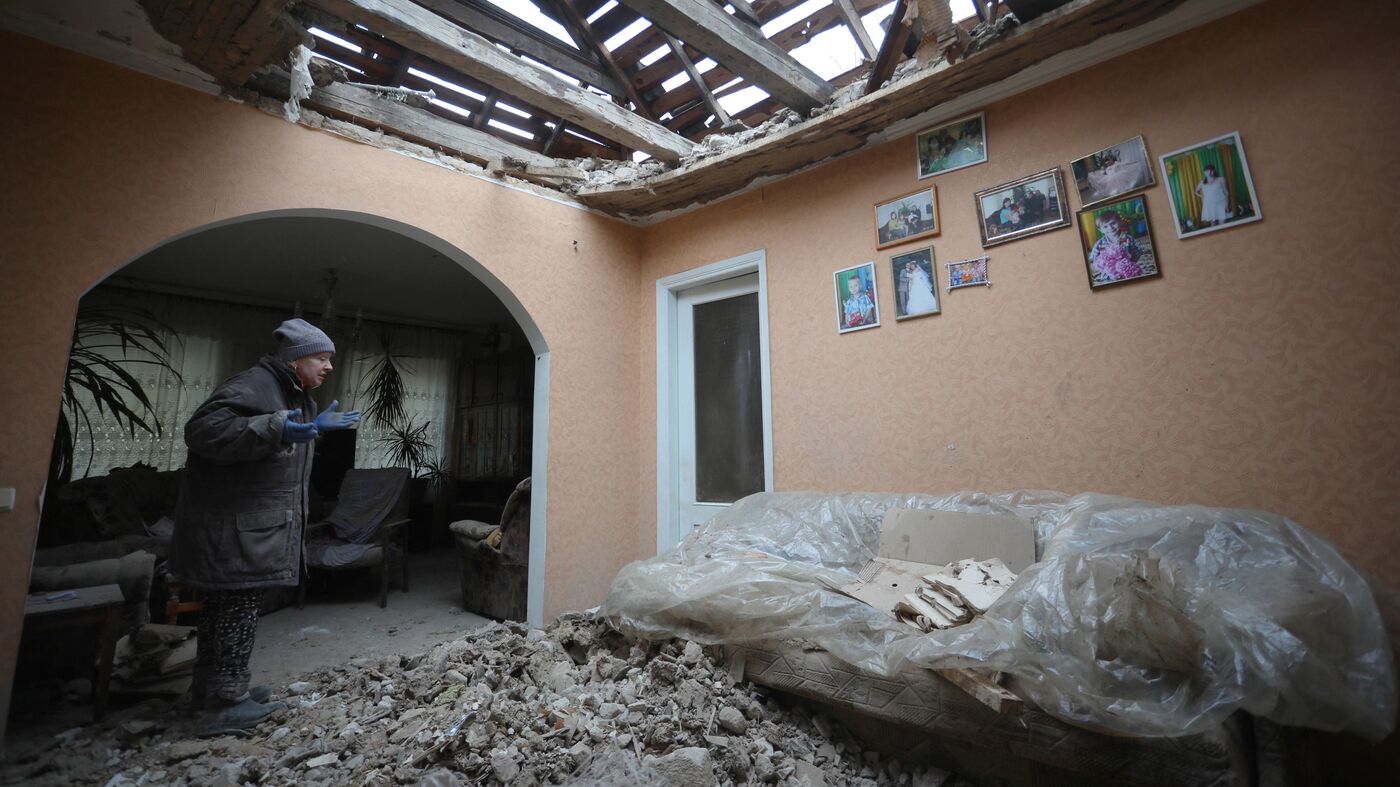 A local resident of the Ukrainian-controlled village of Stanytsia Luhanska, Luhansk region, gestures as she cleans up debris from her home after the shelling by Russia-backed separatists on February 18, 2022.

A local resident of the Ukrainian-controlled village of Stanytsia Luhanska, Luhansk region, gestures as she cleans up debris from her home after the shelling by Russia-backed separatists on February 18, 2022.

French President Emmanuel Macron and Russian President Vladimir Putin spoke by phone on Sunday and agreed to work toward setting a meeting within hours to discuss a possible ceasefire in Ukraine, the Élysée Palace said in a statement.

The call came as heightened tensions added to ongoing violence between Ukrainian forces and Russian-backed separatists in the east of the country, where shelling over the past few days left two Ukrainian soldiers dead and five injured, according to the New York Times.

Shortly after his call with Putin, Macron spoke with Ukrainian President Volodymyr Zelenskyy, who vowed to respect any possible ceasefire.

Ukraine’s Foreign Ministry said in a statement earlier on Sunday that Russian-backed separatists had continued firing mortars along the Luhansk-Shchastya humanitarian corridor in the eastern Ukrainian region of Donbas that borders Russia.

Meanwhile Russian troops remain staged at the border, some of whom took part in live-fire exercises on Saturday that Russian President Vladimir Putin personally oversaw from Moscow. The Kremlin continues to insist it has no plans to invade Ukraine.

U.S. officials push for diplomacy but prepare for war

Ukraine’s allies, including the U.S., have continued to cast doubt on Moscow’s assurances that it doesn’t plan to invade Ukraine. President Biden has said he’s convinced Russia will invade its neighbor.

Vice President Kamala Harris, speaking to reporters on Sunday after her appearance at the Munich Security Conference, warned about the potential for war to break out in Europe – which could be the largest conflict of its kind on the continent since World War II.

“Let’s really take a moment to understand the significance of what we’re talking about. It’s been over 70 years, and through those 70 years, as I mentioned yesterday, there has been peace and security,” Harris said. “We are talking about the real possibility of war in Europe.”

Harris said that the U.S. and its allies were united in their plan to slap Russia with strong sanctions if it were to invade Ukraine, though she said the administration is still holding out hope for a diplomatic solution to the crisis.