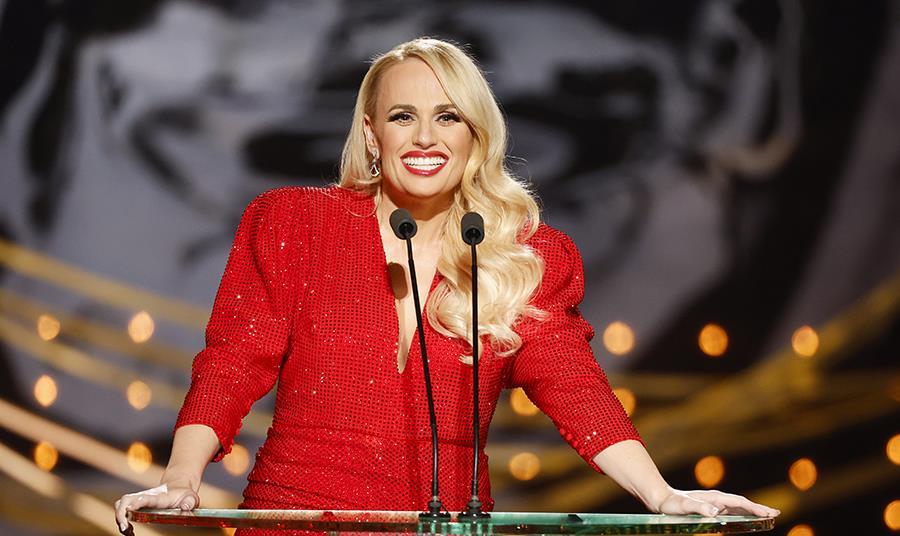 This year saw the major awards spread out. With five prizes, Dune was technically the most awarded film, though this may have passed TV viewers by because they were all in craft categories (original score, cinematography, production design, sound and special visual effects) and therefore rushed through in a round-up on the BBC broadcast.

Three films earned two awards each: Coda (supporting actor, original screenplay), West Side Story (supporting actress, casting) and best film and director winner The Power Of The Dog. Adding in Will Smith and Joanna Scanlan’s wins, all four actor prizes went to different films, and all to first-time winners.

Thanks to Dune’s haul, plus Smith’s win for King Richard, Warner Bros was the joint-most successful distributor. Disney also won six awards – four spread out amongst West Side Story, Encanto and Cruella, plus one each for Searchlight titles The Eyes Of Tammy Faye and Summer Of Soul.

Netflix and Universal (alongside Focus) won three Baftas each, followed by Apple TV+ with two (both for Coda). These were the first Bafta film wins for Apple’s streaming service, which launched in 2019 and earned its first film nominations last year.

What do the Bafta wins mean for the Oscars?

Best film and director wins for The Power Of The Dog confirm the title’s front-runner status for the major categories at the Oscars, but Netflix still has a nervous two weeks ahead of it. Benedict Cumberbatch and Kodi Smit-McPhee failing to win the male acting categories combined with losses in adapted screenplay (to Coda) and cinematography (to Dune) suggest that The Power Of The Dog is no runaway train to Oscars glory.

Coda celebrated what should be seen as its best possible outcome – Sian Heder’s adapted screenplay win and Troy Kotsur in supporting actor. Given that the film was already perceived to be building momentum for the Oscars, these Bafta wins surely add extra push to that forward trajectory.

Conversely, Belfast failing to win best film on its home turf, losing original screenplay to Licorice Pizza, and winning no acting prizes all suggest that Kenneth Branagh’s film is no longer the top challenger to The Power Of The Dog.

In 2021, despite wildly different sets of nominations in many categories, the Oscar and Bafta wins showed an extraordinary degree of overlap, and it’s easy to imagine history repeating with King Richard’s Will Smith, Coda’s Troy Kotsur and West Side Story’s Ariane DeBose repeating their Bafta acting wins at the Academy Awards. Bafta best actress winner Joanna Scanlan (After Love) is not in the mix for Oscar, so that will be one major category definitely going in a different direction.

Bafta winners Summer Of Soul, Drive My Car and Encanto now look Oscar favourites for documentary, international feature and animation – which is unwelcome news for Flee, nominated in all three categories. Dune’s five Bafta wins in technical categories give the film plenty of momentum going into the Academy Awards but best picture still looks a long shot for Denis Villeneuve’s ambitious sci-fi adaptation.

Were the Baftas British enough?

Kenneth Branagh’s Belfast (outstanding British film), After Love’s Joanna Scanlan (best actress) and Lashana Lynch (rising star) were popular winners in the room for an awards ceremony trying to juggle recognising homegrown talent with bringing the Hollywood A-list to town to celebrate a global industry. The icing on the cake was the strong UK ties of best film winner The Power Of The Dog, developed by BBC Film and produced by Tanya Seghatchian, John Woodward and See-Saw Films.

Up-and-coming UK talents including Conrad Khan, Naomi Ackie and Morfydd Clark were showcased as presenters and it was a nice touch to give last year’s rising star winner Bukky Bukray her moment in the spotlight to present this year’s award to Lynch after the Rocks star stole the show on Zoom in 2021.

But the lack of build-up to or dedicated spotlight on the outstanding British film category was a major step backwards following Bafta’s post-voting and membership review in 2020. One of the outcomes of that review was a pledge to make the annual film awards of the British academy feel more, well, British. It was a squandered opportunity to showcase indie nominees including After Love, Ali & Ava and Boiling Point to the 2.5 million primetime TV audience (and more around the world). These films need every ounce of exposure they can get to translate critical plaudits into box office receipts, especially in Bafta’s 75th anniversary year.

The Baftas, Directors Guild awards (DGAs) and Critics Choice awards falling on the same weekend was always going to be an obstacle to attendance for key talent. And so it proved: Jane Campion, winner of best director and best picture Baftas for The Power Of The Dog, chose to stay in Los Angeles to attend the US shows. Campion did not send a video message to Bafta, with lead actor Benedict Cumberbatch accepting the director award on her behalf, although she did video call producers Tanya Seghatchian, Emile Sherman and Iain Canning during the press conference.

Best actor Will Smith was another notable absence, as was Paul Thomas Anderson, best original screenplay winner for Licorice Pizza; lead actress Alana Haim and the film’s composer, Radiohead guitarist Jonny Greenwood, picked up the prize for him. Several high-profile nominees did not make the trip, including Leonardo DiCaprio, Maggie Gyllenhaal and Mahershala Ali.

Also missing in action was The Harder They Fall’s Jeymes Samuel, winner of outstanding debut by a British writer, director or producer – a major prize that has previously been won by Steve McQueen, Andrea Arnold, Joe Wright and Asif Kapadia. No explanation was given for his no-show. “Unfortunately Jeymes cannot be here tonight; I shall give this to him,” were the brief words of presenter Kenneth Branagh.

Having not made it to the best actor category, departing 007 Daniel Craig also gave the show a miss – which was unfortunate given that it opened with a (brilliant) Shirley Bassey rendition of Bond hit ‘Diamonds Are Forever’. While Covid concerns – and cases – continue to affect talent appearances, the absence of several major players suggests priorities lie elsewhere. Idris Elba and Lily James were just two of the big UK stars who sidestepped the ceremony, but made it to the fancy British Vogue afterparty at Annabel’s in Mayfair.

Credit therefore goes to those who attended despite the circumstances. Ahmir ‘Questlove’ Thompson had been at the DGAs on Saturday, where he was nominated; hopped straight on a plane to London where he won best documentary for Summer Of Soul; then was straight back on a flight to the US to record a chat show appearance.

The Critics’ Choice did make a concession to those in the UK, hosting a half-ceremony from London’s Savoy Hotel, where Bafta winners and attendees Troy Kotsur, Ariana DeBose, Kenneth Branagh and Ryusuke Hamaguchi repeated their successes. Bafta chair Krishnendu Majumdar’s opening speech noted that his wife was due to give birth to their first child on that day; several of the absent stars could learn from his commitment to the ceremony.

How were the TV ratings in the UK?

In an attempt to target a more family friendly and younger audience, the Bafta broadcast moved to a pre-watershed primetime slot on BBC One, as per the Bafta TV awards, which is typically more of a ratings winner.

However, with a gap in time between the actual ceremony taking place (which ran from 17.00-19.30) and the edit of the ceremony airing on TV from 19.00-21.00, the winners’ names had been outed online ahead of the broadcast, perhaps undermining the attempt to pull in a crowd of younger digital natives. In fact, the press release announcing the Bafta wins arrived less than halfway into the show (just when Ariana Debose was thanking her publicist, in fact); online followers of the young stars in attendance knew the results far earlier than that.

Ratings-wise, it wasn’t a colossal success for BBC One and Bafta. The ceremony had an average of 2.5 million viewers across its full broadcast, with a peak of 2.9 million. Figures – according to Barb data provided for overnights.tv – were up on last year’s largely virtual ceremony, which averaged 2 million, but down on 2020’s 3 million. Over on ITV, celebrity ice-skating competition Dancing On Ice drew a larger audience, with an average of 3.4 million viewers across its 1.5 hour episode, airing from 19.30.

The show must go on…

The condensed Bafta ceremony – as produced by Whizz Kid Entertainment for the BBC – played out in the cosy time slot that might otherwise have gone to Antiques Roadshow or Songs Of Praise, eschewing red carpet coverage to treat sedate Sunday evening TV audiences to a star-light show which went long on host Rebel Wilson’s bra-tossing and Benedict Cumberbatch-shaped cake-eating routines.

Better off-the-cuff than she was scripted, the off-colour Wilson was still presumed to be a safer bet than any direct reference to the war in Ukraine, bar a throwaway one-liner at the end of the roll call of the recently departed (played out to ‘Send In The Clowns’). Many stars apparently wore pins: Stephen Graham’s and Benedict Cumberbatch’s were in the minority that could be seen.

This televised Bafta ceremony felt vacuum-sealed into the Royal Albert Hall, dialling down events that played outside the building, even at the expense of its own red carpet. This was problematic when it came to the fact that audiences already knew the results due to the time-delay on the broadcast, draining the ceremony of any suspense, and there was little reference to the horrors in Ukraine, where crews almost certainly comprised of Bafta members are currently risking their lives. While the opening speech by Bafta chair Krishnendu Majumdar saluted them, and expressed support for the Ukrainian Film Academy, it was not broadcast by the BBC.

The fact the show was taking place in the middle of a brutal war was nobody’s fault but the production’s response felt a little tone-deaf and Bafta may be feeling that taking the hit of a 19.00 airtime resulted in constraints that might not have been worth the end result.

Rebel Wilson started the night with a reference to the ‘last Bafta show’. That’s hopefully not true but this format surely needs to be rethought.

Finally… were the Bafta Film Awards enough about Bafta?

Because, what was ultimately missing from the Bafta show was… Bafta. A Bond tribute is a Bond tribute, and Bafta co-opted the franchise’s 60th anniversary into its own belter of the opening number with Shirley Bassey, but it has little to do with Bafta itself.

Without its two honorary awards, a mention of its endangered members or directors under fire in a country under fire, a speech from the chair (in the televised show), or even a montage of Bafta’s past on its own 75th anniversary, the British Academy seemed strangely absent from its own event, like even its president, Prince William.