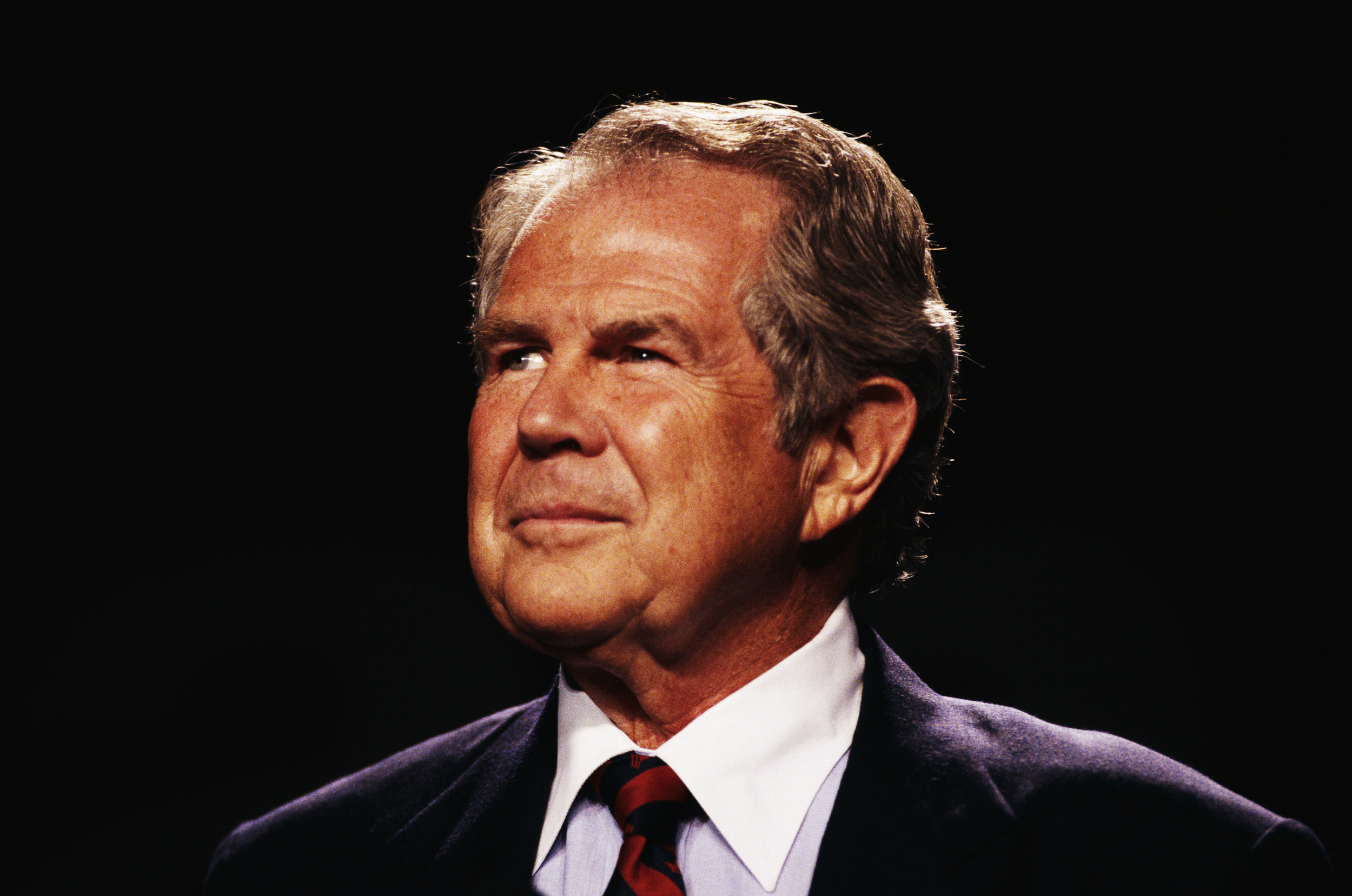 Former televangelist Pat Robertson came out of retirement to comment on Russia’s invasion of Ukraine, saying Russian President Vladimir Putin is being “compelled by God” to bring about the “End of Times,” prophesied in the Bible.

Robertson made a special appearance on The 700 Club Monday to weigh in on Russia’s attack on Ukraine, saying Putin is simply following God’s wishes to spark an End of Times battle against Israel. Robertson cited verses from the book of Ezekiel regarding nations coming together to rise up against Israel—saying Russia’s invasion is a precursor to that event.

“I think you can say, well, Putin’s out of his mind, and yes, maybe so,” said Robertson. “But at the same time, he’s being compelled by God. He went into Ukraine, but that wasn’t his goal. His goal was to move against Israel, ultimately.”

The founder of the Christian Broadcasting Network claimed that Ukraine is simply a “staging area” for one of the great biblical armies that will gather for Armageddon. Referring to a world map, Robertson pointed to a “choke point” between Bulgaria, Turkey, and Greece and why Russia might want to control that point.

“And he will link up with Turkey across the little (land) bridge, and they will come together,” he said. “And then, you look down into North Sudan, you’ve got a Muslim country down there, and there they all are. Persia, of course, is Iran.”

“And there is the land that is set up in Ezekiel 38 and you see how Ukraine is key because you see the land bridge between Bulgaria, Greece and Turkey,” Robertson added. “And all of that area is going to be mobilized against Israel in the latter days. And God says, ‘I am going to deal with it.'”

Contrary to his claim, Turkey has not backed Russia’s invasion and has stated its support for Ukraine.

This isn’t the first time Robertson has predicted signs on the world’s end. In 1976, he predicted the world would end in 1982. And in his 1990 book, The New Millennium, Robertson said the world would be destroyed on April 29, 2007, according to USA Today. None of those predictions were ever fulfilled.

Robertson has been criticized in the past for calling “critical race theory” “a monstrous evil.” He also waged what he saw as a religious war against the LGBTQ community, which sparked backlash.

Robertson urged The 700 Club viewers to read their Bibles, saying God will make firm on his promise and that prophesies will be fulfilled.

“And God is getting ready to do something amazing and that will be fulfilled.”

Newsweek reached out to the Christian Broadcasting Network for comment.