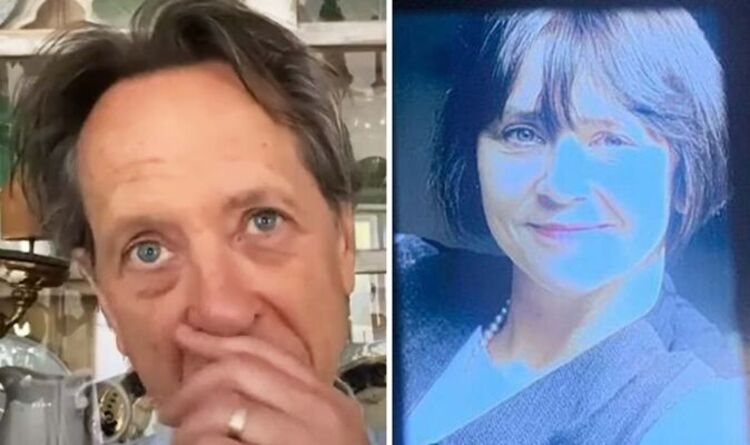 Richard and dialect coach Joan had been married for 35 years

Following the ceremony, the Loki star penned in view of his 286,000 Twitter followers:“My beloved wife, who dedicated her professional life to teaching and to coaching actors.

“And her personal life to our daughter Olivia and me.

“Heartbreaking to see you in the Memoriam segment @BAFTA not beside us on the sofa. We love you so. Forever and always.”

Hundreds of Richard’s friends and followers took to the comments to share condolences and their own memories of Joan.

Mary wrote: “Very sad, hard to believe. I was for a short time her student, occasionally her colleague. Always a great admirer.”

Colin echoed: “I worked with Joan on many occasions – she was, simply, the best. Not to mention the naughtiest, funniest person to have sitting next to you at a monitor. She wasn’t in the budget for Coriolanus, but we knew she’d be fundamental, so Ralph paid for her out of his own pocket.”

While Amanda said: “Her skill and brilliance lives on every day in the actors she taught and coached. Every drama or film or series that gets viewed, even the news, or game shows, the radio. Your wife’s legacy is everywhere. Her spirit is around and lives on in your daughter and your love.”

Richard announced the loss of his wife on Twitter with a video of them dancing together to the song, Only You, by the Platters.

In a heartbreaking tribute, he wrote: “ONLY YOU! Joan – Love of my Life & Giver of Life to our daughter Olivia.

“Our hearts are broken with the loss of your Life last night. 35 years married & 38 together.

“To be truly known and seen by you, is your immeasurable gift. Do not forget us, sweet Monkee-mine.”

In January, Richard shared his wife’s poignant final message containing some heartfelt advice for the future.

He tweeted: “She said to me just before she died, ‘You’re going to be alright. Try and find a pocketful of happiness in every single day’.

“And I’m just so grateful for almost four decades that we had together.

“And the gift that is our daughter.”