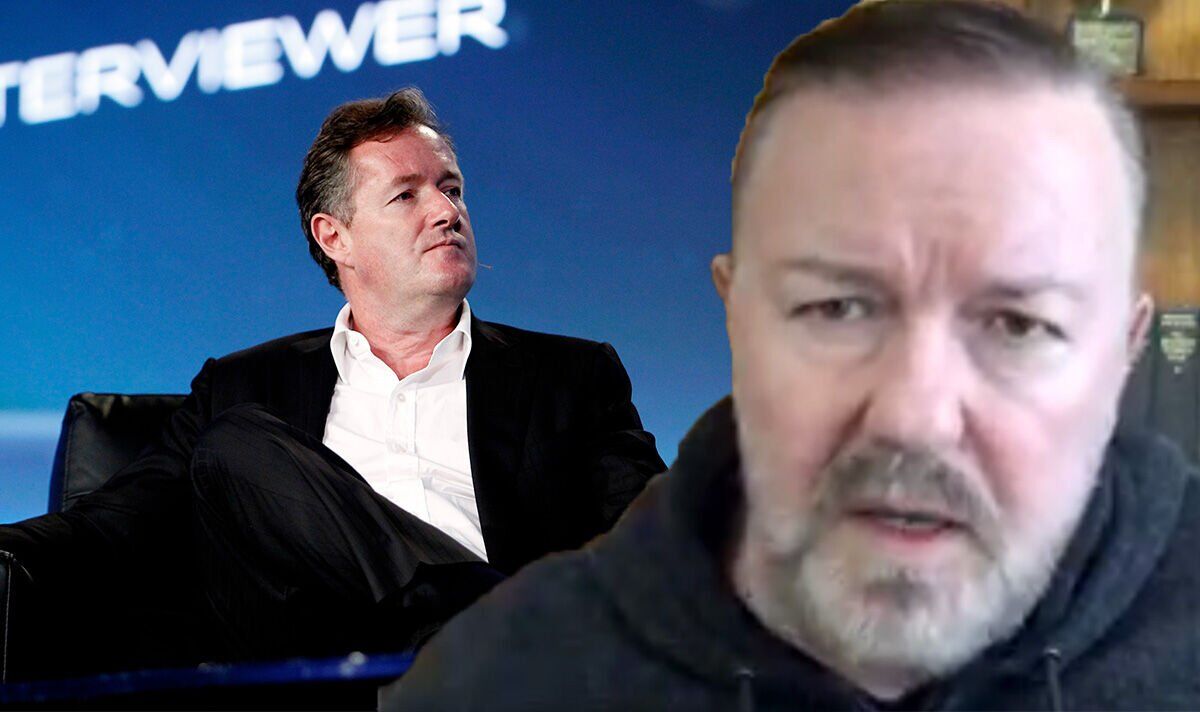 Mic Wright penned: “The opening of Piers Morgan’s show has “cancel culture” and “snowflake society” in the VT.

“And Morgan begins, ‘As Nelson Mandela might have said it’s been a long walk to freedom of speech…’

“Then he goes straight into a video message from Ricky Gervais. I wish I wasn’t sober.”

However, David Herbert pointed out: “Really? Criticising Ricky Gervais’ free speech, on a program with

“Both men always speak their minds and are great in their own way but they don’t have to see eye to eye. Some people are missing the point of the show… No?” (sic)