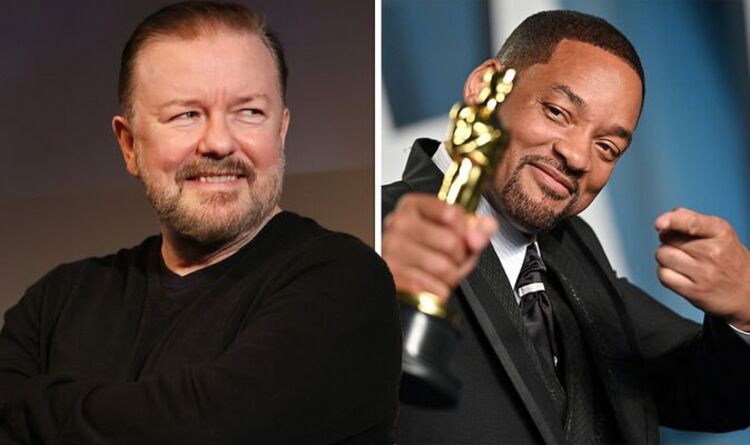 Ricky Gervais has been weighing in on the drama of the 2022 Oscars after Will Smith slapped Chris Rock at Sunday’s event. Ricky was quizzed on whether he thought that would have happened to him if he presented the award and made that joke.

Ricky has hosted several glitzy awards shows in the past, including fronting the Golden Globes for many years.

As a dab hand at presenting the events, many have been wondering about his approach if he’d hosted the Oscars.

In particular, viewers were wondering what might have happened had he made the same joke Chris had at the event.

As viewers will recall, Will took to the stage and slapped the comedian, warning him to keep his wife’s name out of his mouth.

Following the controversial moment at the Oscars, Will has issued an apology after the Academy condemned his actions.

He wrote in a post on Instagram: “Violence in all of its forms is poisonous and destructive.

“My behavior at last night’s Academy Awards was unacceptable and inexcusable. (sic)

“Jokes at my expense are a part of the job, but a joke about Jada’s medical condition was too much for me to bear and I reacted emotionally.”

Will also took the opportunity to publicly apologise to Chris.