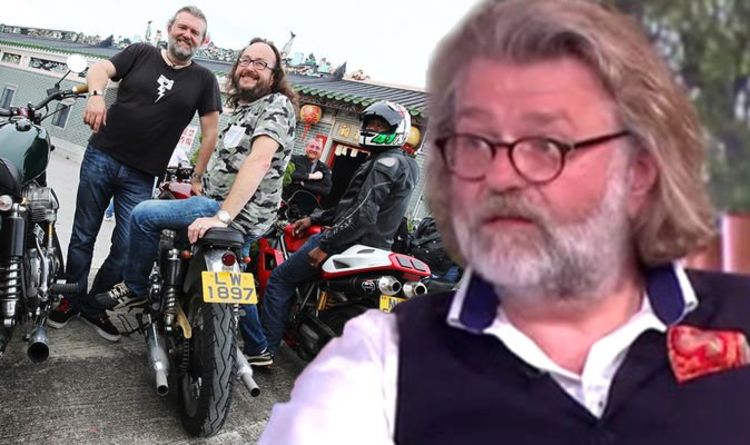 Dave Myers, 64, appeared on Comfort Eating with Grace Dent last week. The star makes up one half of the famous travelling chef duo, the Hairy Bikers, alongside fellow food enthusiast and friend Si King, 55.

MasterChef regular Grace, 48, has hosted plenty of famous guests on her podcast with The Guardian, where they discuss their favourite comfort foods before delving a bit deeper into their personal lives.

After sharing some tinned tomatoes on toast, the pair went on to chat about the early days of Dave and Si’s friendship.

The Hairy Bikers, who both have backgrounds in television production, met in the 1990s and have been on the road together for close to two decades.

However, Dave recalled one moment that tested their relationship, which ironically involved a motorbike.

Dave fondly recalled how the pair had bonded when they first met over their single-parent backgrounds, the fact that they both loved motorbikes and their shared obsession with food.

He told Grace: “We both loved eating. I went round to his house for Sunday lunch and he had two young children, and he cooked us this wonderful roast lamb with all the trimmings.

“Then he sold me a motorbike that was terrible. He absolutely ripped me off!”

As Grace laughed, Dave continued: “That’s how it started, really. I was living in the Highlands and he came up to take the motorbike back.”

Dave went on to reveal how their newfound friendship yielded an incredible on-screen partnership, which has lasted for nearly a decade.

“Then we were just really, really good friends. And Si would come up whenever he finished work and Si had the idea of, ‘Why don’t we just try and make our own programmes?’”

When Grace commented on the fact that many people in the television industry have the same ambitions without any success, this prompted Dave to reveal their “secret”  to getting a pilot off the ground.

He explained: “I think the secret was somebody said, ‘If you’re going to write a book, write it about what you know.’

Dave revealed that the pair had originally titled their show “Motorcycles, food and the search for Nirvana”, which he admitted was “not exactly snappy”.

Years later, the popular TV chef cooks up a variety of tasty meals alongside his on-screen partner Si on a regular basis.

The pair first appeared on UK television as presenters of The Hairy Bikers’ Cookbook in 2004, and this show went on to run for four seasons on the BBC.