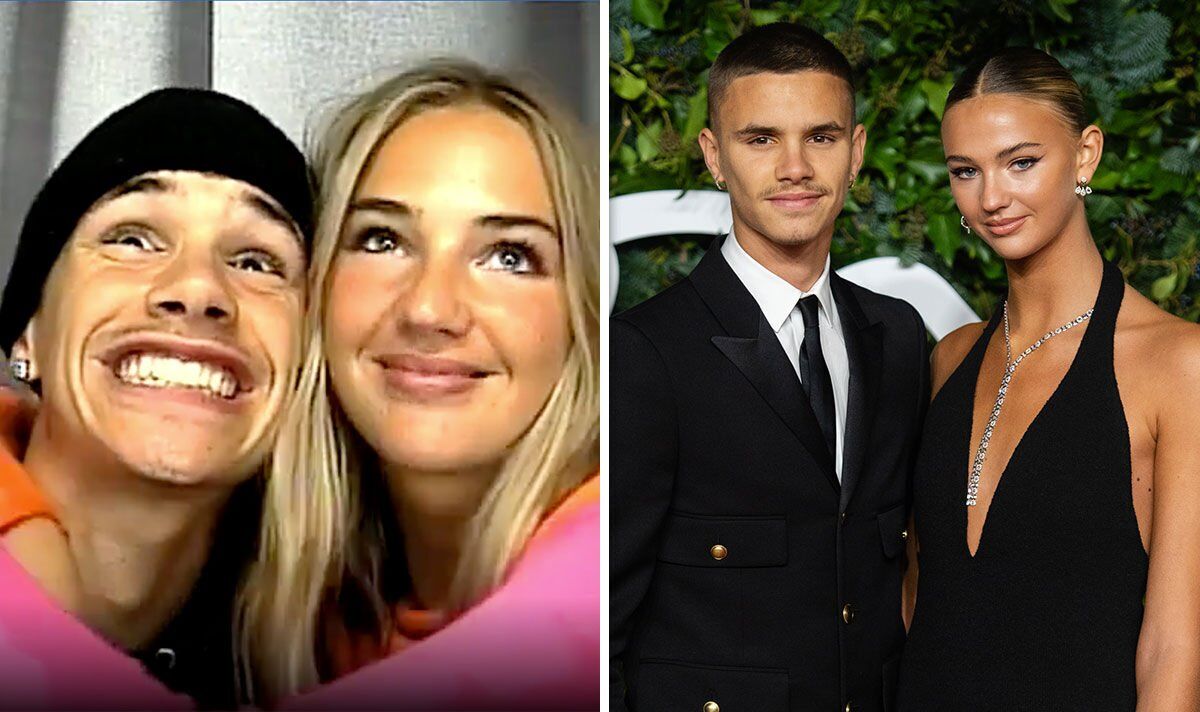 The Beckhams have only just returned from eldest son Brooklyn’s Miami wedding with Nicola Peltz. But it seems David and Victoria will already need to gear up for the next one, as Romeo, 19, is also thinking about tying the knot.

Romeo is said to be utterly besotted with his girlfriend, influencer and model Mia Regan, also 19.

The young couple recently celebrated their second anniversary, and are reportedly looking to the future.

However, a source claimed Romeo is holding off on proposing so soon after his big brother’s wedding to billionaire’s daughter and actress Nicola, so as not to steal their thunder.

“Mia is close to Romeo’s mum Victoria. It was clear the couple want a long-term future together and have already spoken about being soulmates,” said the insider.

At £3million total cost, the big day was four times what David and Victoria splashed for theirs back in 1999.

A reported £50,000 of rare orchids adorned the venue, while guests quenched their thirst with an “unlimited” supply of £200 bottles of Bollinger champagne.

To soak up the booze, Brooklyn’s pals were treated to top notch Cordon Bleu grub catered by none other than celebrity chef and family friend Gordan Ramsay, who stayed to watch the nuptials.

The wedding marquee featured a white and gold theme, and the venue also boasted an outdoor tennis and basketball court and a swimming pool.

There was an enormous music system to help attendees dance the night away as guest Snoop Dogg performed a DJ set.

They arrived in style as cars including Bentleys, Rolls-Royces and black-out Cadillacs lined up to transport them.