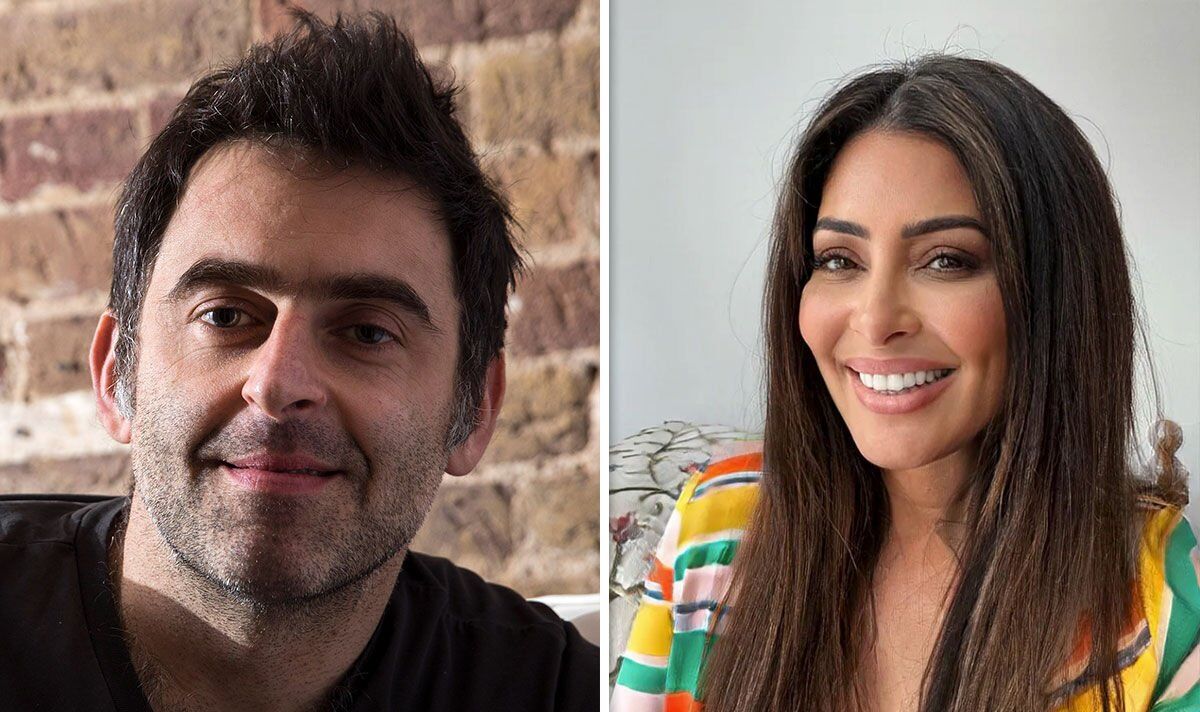 The former Holby City actress was pictured walking her dog with what looked like a huge sparkler on her ring finger.

She recently caused a furore when she posted a selfie of herself holding her stomach, captioned: “Oops”.

Fans wondered if she was announcing baby news with the cheeky selfie – something she didn’t confirm or deny.

Meanwhile, Ronnie was seen out for a run near the Essex house he shared with Laila.

The couple had met in 2012 when Laila was house hunting.

“It happened by accident. I was shown around Ronnie’s house by his father, who told his son about meeting me,” Laila told The Mirror.

“Ronnie called the estate agent, a friend of mine, and asked me out via her.

“When she said he was a snooker player, I said, ‘Yeah, but what does he do for a living?’ I’d never heard of him because sport doesn’t interest me at all, although Ronnie’s won me over to snooker.”

After just one year of dating, Laila and Ronnie were soon engaged, but they never made it down the aisle.

In her first TV appearance since their break up, on Steph’s Packed Lunch, Laila addressed how she is feeling through the transition and assured viewers she was going to “get through it”.

Laila insisted it could be a “good process” and not necessarily a bad one.

Steph asked how she was feeling, and she replied: “I’m fine, I’ve just been manifesting, using self-compassion practices, and you just get through it. It can be a good process.”