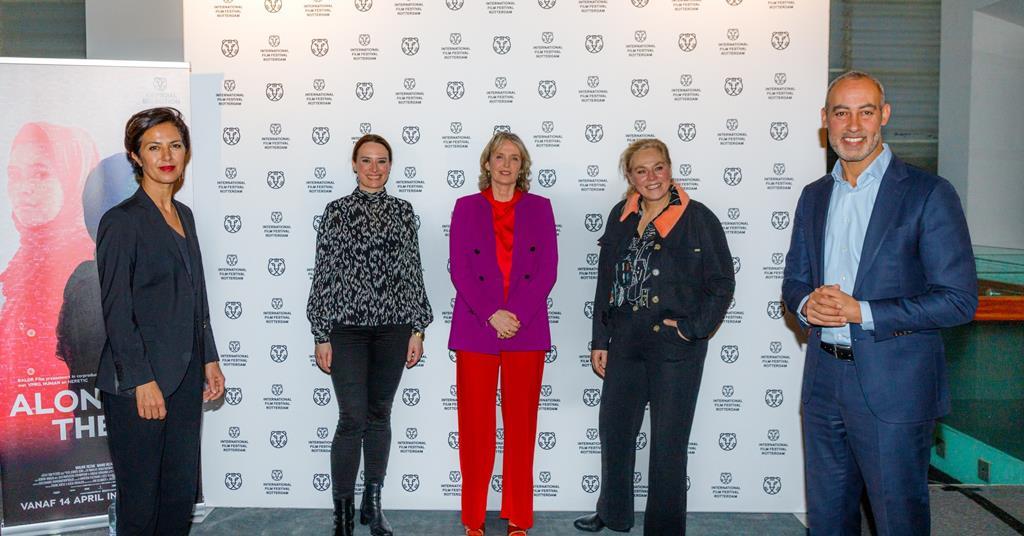 Vanja Kaludjercic, festival director of the International Film Festival Rotterdam (IFFR), struck an upbeat note on the closing weekend of the 51st edition which included the physical world premiere of Mijke de Jong’s Along The Way, at cinemas in Rotterdam, Amsterdam and Groningen.

She hailed the efforts made by her festival team in putting together an online edition for a second year in such challenging circumstances. The entire festival had to be re-thought as an online event at short notice when in late December, the Dutch government put the Netherlands back into lockdown.

“In general, I am really, really happy,” Kaludjercic told Screen. “What was very helpful was last year’s experience. We knew how to do certain things which allowed us to shift to the online space in a swift manner…I can only reiterate what a monumental effort the team made to make this edition happen. What was also reassuring was the support of the international film industry and the filmmakers as well in finding solutions…[but] we don’t want to have to do this ever again!”

The festival director spoke of her excitement that refugee drama Along The Way, starring twins and real-life refugees Nahid and Malihe Razaie, was given a proper physical world premiere with its cast and crew in attendance. Dutch cinemas were able to reopen at reduced capacity on the day the festival started.

“Mijke de Jong’s film is timely. It is urgent. It offers a story that is both harrowing to witness but it is also encouraging to see such resilience and creativity,” Kaludjercic said.

Although cinemas were at only one-third capacity, Kaludjercic said the energy at Friday’s press screening of Along The Way was “quite palpable” and that having a world premiere with an audience gives a buzz that online screenings can’t match

This was the only official physical screening organised by IFFR,.. although local distributors have also been screening some festival films under their own steam.

Kaludjercic could not confirm when the planned public screenings of this year’s Tiger and Big Screen competition films will be held in Rotterdam. “What we learned definitely from the last two years about decision making, is that restrictions can come from the government in a sudden or less sudden way. We need a clearer road map.”

She said she would like to wait for capacity restrictions to be eased before showing the films and confirmed the filmmakers would be in attendance for their premieres.

IFFR closes tonight February 6, with an online screening of King Hu’s 1967 sword fighting classic Dragon Inn. The winner of the audience award, Gabriele Mainetti’s Freaks Out, which screened in the Limelight section, will be presented with a €10,000 prize.

The festival presented 54 films to Dutch audiences. They did not include Tiger Competition, Big Screen Competition or Ammodo Tiger short film titles which were only available to press and industry delegates via FestivalScope.

The festival reported 117,000 visits from the public and 22,672 FestivalScope Pro visits. More journalists have been participating this year as well: 550 from 65 countries as opposed to the 508 during IFFR 20221.

The statistics from IFFR Pro Days have also been encouraging.: there were 827 IFFR Pro guests, among them 141 filmmakers. There were 4,473 visits to IFFR Pro activities, including online panels, and 656 CineMart one-on-one meetings were facilitated.

“The biggest takeaway is that a lot is possible online, and that we will continue to do some of these things in the online space,” she said. “The programme was a bit leaner than last year, because we felt the online fatigue is real.

“Another is that, as we focused on the [theme of] the ‘New Possibe’ two years into the pandemic, there is more awareness and attention towards the fact that we are a world in transition. Rather than waiting for things to get back to normal, filmmakers, producers and the industry at large now seem to really embrace the fact that we really have to change our mindset and be agile, resilient in adapting the ways we work in order to survive as an industry.”

Tonight’s screening of Dragon Inn will be used to launch 25 Encounters, a screening programme with an accompanying limited edition book. This features 25 conversations between filmmakers and film enthusiasts reflecting on the past, present and future of film, film festivals and IFFR. Participants of the conversations include Apichatpong Weerasethakul, Christine Vachon, Olivier Assayas, Ayoka Chenzira, Ester Martin Bergsmark, Costa Gavras and Yuasa Masaaki. The film programme will be made available on IFFR Unleashed in three releases.