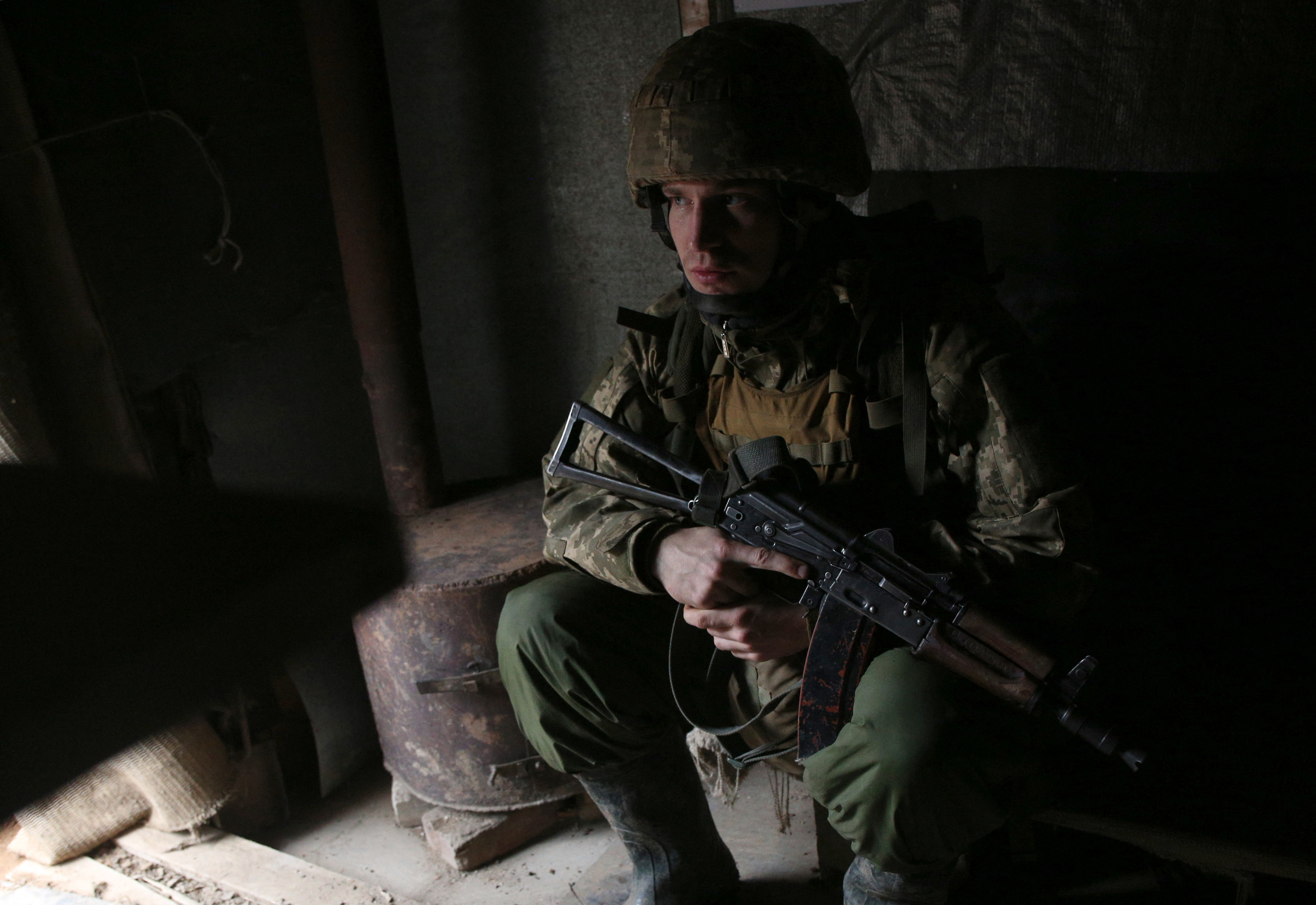 Russian-backed rebel leaders in eastern Ukraine have announced plans for military mobilization as tensions remain high along the country’s borders with Russia and the U.S. warns of an impending invasion.

President Joe Biden said on Friday that he believed Russian President Vladimir Putin had made the decision to invade Ukraine. The U.S. has repeatedly warned that Russian troops amassed along the countries’ borders could launch an imminent attack.

In a video statement, Pushilin said: “I urge my fellow citizens who are in the reserves to come to military conscription offices. Today I signed a decree on general mobilization.”

“Together, we will achieve for all of us the victory we desire and need. We will protect Donbas and all Russian people,” he said.

Pushilin claimed that separatist forces had prevented attacks that were planned by Ukraine. The government in Kyiv has denied that it has any intention of trying to retake the separatist-controlled territory.

The separatist administrations, backed by Russia, declared their independence eight years ago but have never received international recognition. Separatist authorities announced on Friday that they planned to evacuate around 700,000 people and claimed that Ukraine was planning an attack. The Ukrainian government has denied this.

The Ukrainian government has claimed that separatists committed 12 ceasefire violations on Saturday morning after committing 66 violations in the previous 24 hours.

The Organization for Security and Cooperation in Europe (OSCE) Special Monitoring Mission to Ukraine (SMM) reported on Saturday that it had observed a “dramatic increase in kinetic activity along the contact line in eastern Ukraine.”

Shelling across the dividing line between separatists and Ukrainian government forces increased this week with both sides accusing the other of ceasefire violations.

President Biden said on Friday that claims that the Ukrainian government was seeking to escalate the conflict in separatist-held areas “defies basic logic” and cited the fact that around 150,000 Russian troops are now amassed on Ukraine’s borders.

Biden also said he believed Putin had made the decision to invade Ukraine.

“As of this moment, I’m convinced he’s made the decision. We have reason to believe that,” the president said.

While Biden said that diplomacy was still possible, he warned of Western sanctions if an invasion took place.

“We’re ready to impose severe sanctions on Russia if it further invades Ukraine. But I say again, Russia can still choose diplomacy. It is not too late to de-escalate and return to the negotiating table,” the president said.

Newsweek has asked the Department of Defense for comment.