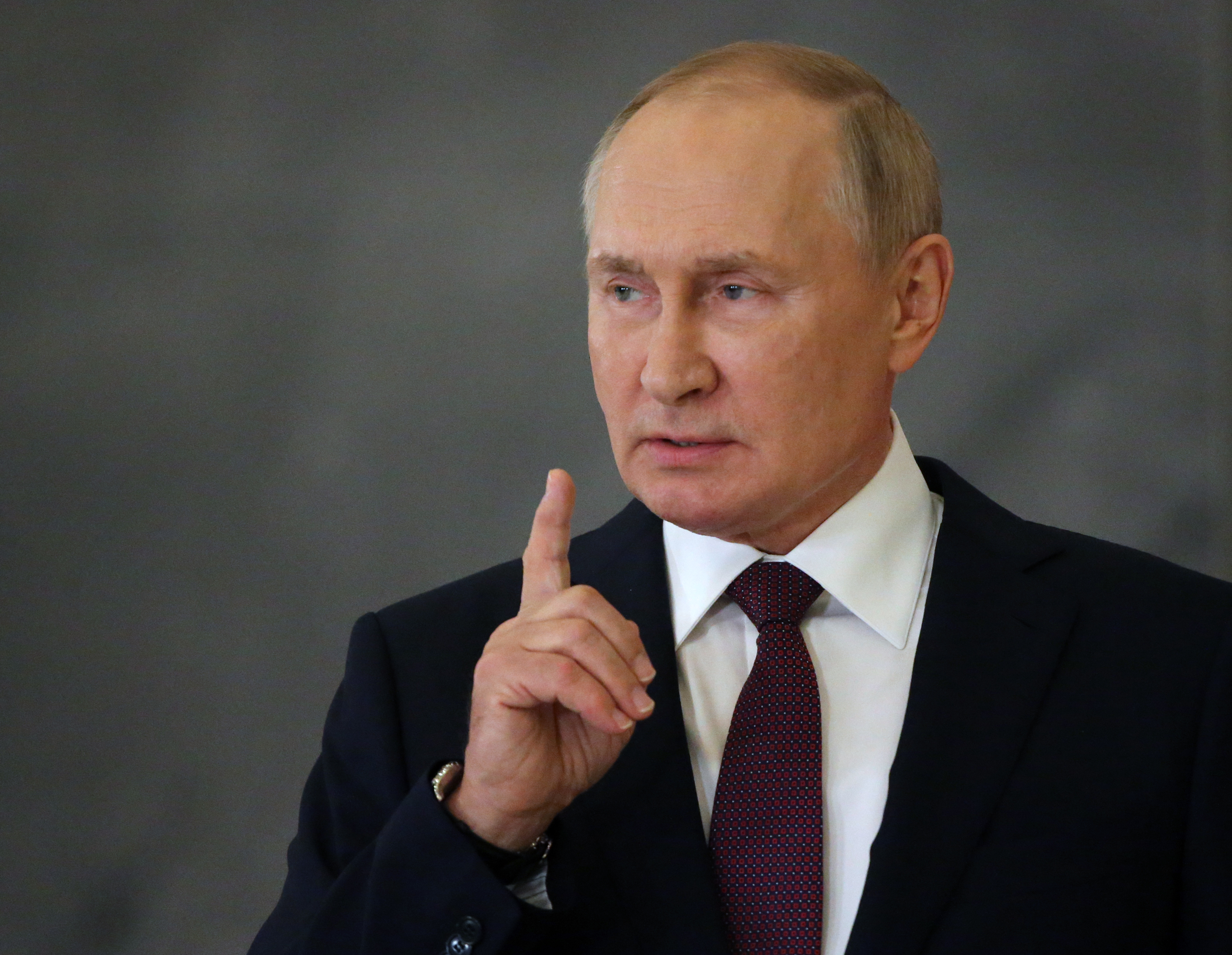 State Duma deputy Andrey Gurulyov has said Ukraine will no longer exist in a video that has now gone viral.

During his speech, Putin also issued warnings to the West about how serious Russia is about the conflict in Ukraine. Gurulyov issued similar warnings and said Russia was not concerned by what other nations think about its actions in Ukraine.

The clip of Gurulyov has been viewed more than 100,000 times after being posted by the Daily Beast’s Julia Davis on Tuesday.

“No, this is not a cartoonish movie villain. This is Andrey Gurulyov, State Duma deputy, former deputy commander of Russia’s Southern military district, asserting that Putin’s decision means the end of Ukraine and the conclusion of its history,” Davis said.

Speaking about Ukraine, Gurulyov said: “Some say, they won’t recognize [Ukraine], we couldn’t care less who recognizes it.

“We’re doing this for ourselves, right, we couldn’t care less whether, [Olaf] Scholz (Chancellor of Germany).

“Latvia quacked something, who are you even? You’re a pimple on the body of the Earth.”

Speaking ahead of Putin’s speech, Gurulyov issued a stark warning.

“It’s clear to me that today’s decision is the beginning of the end of Ukraine,” he continued.

“That’s it, that nation no longer exists, it doesn’t exist. Film productions about Bucha or Izium aren’t going to change that.

“Time will come and everything will come out, it will be later and without Ukraine. Ukraine does not exist, Ukraine’s history is ending, perhaps it is a good thing.”

In the pre-recorded address, he said he was willing to respond to what he described as the West’s “nuclear blackmail” by using his country’s own weapons, strongly implying the possibility of nuclear strikes.

“If Russia feels its territorial integrity is threatened, we will use all defense methods at our disposal, and this is not a bluff,” the Russian president said.

Putin said that he had “lots of weapons to reply” to perceived threats from Western nations, which have imposed crippling sanctions since the Russian invasion of Ukraine began on February 24.

“Those who are trying to blackmail us with nuclear weapons should know that the winds can also turn in their direction,” Putin said.