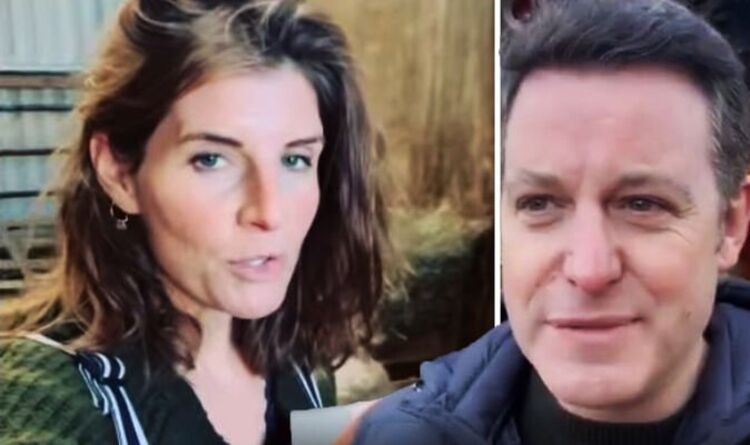 Our Yorkshire Farm star Amanda Owen has received a message of support from Our Farm in the Dales presenter Matt Baker after sharing an update on her family farm. Taking to Instagram, the mother-of-nine, 47, revealed that there was one particular task at Ravenseat which was proving to be “hard work” at this time of year, before the former The One Show host reached out to her with a supportive message as he said that he was facing the same struggle.

In view of her 505,000 followers, Amanda shared a series of snaps with her children and their sheep up in Ravenseat.

She wrote: “Lambing outside is good when the weather is ok.

She ended the post with hashtags: “#yorkshire #swaledale #spring #lamb”.

This isn’t the first time the Yorkshire shepherdess has spoken about the challenges she faces with newborn lambs.

Earlier this month, Amanda shared her fears about the effect snow at Ravenseat could have on the new arrivals.

Sharing her worries with her 193,000 Twitter followers, she began: “So yesterday it snowed a little bit and that was bad enough. ,” she began.

“Then it started to snow a lot more,” she lamented.

Adding a snowflake emoji, Amanda continued: “Shifted the yows that were closest to lambing into the barn.

“The majority aren’t due for another week or so, so hoping that Spring will return quickly. #yorkshire #weather #snowing #snow #spring”.

She included photos of the dramatic scenery, which included sheep gazing around at the chilly, snow-covered surroundings.

Our Yorkshire Farm is available to watch on My5.