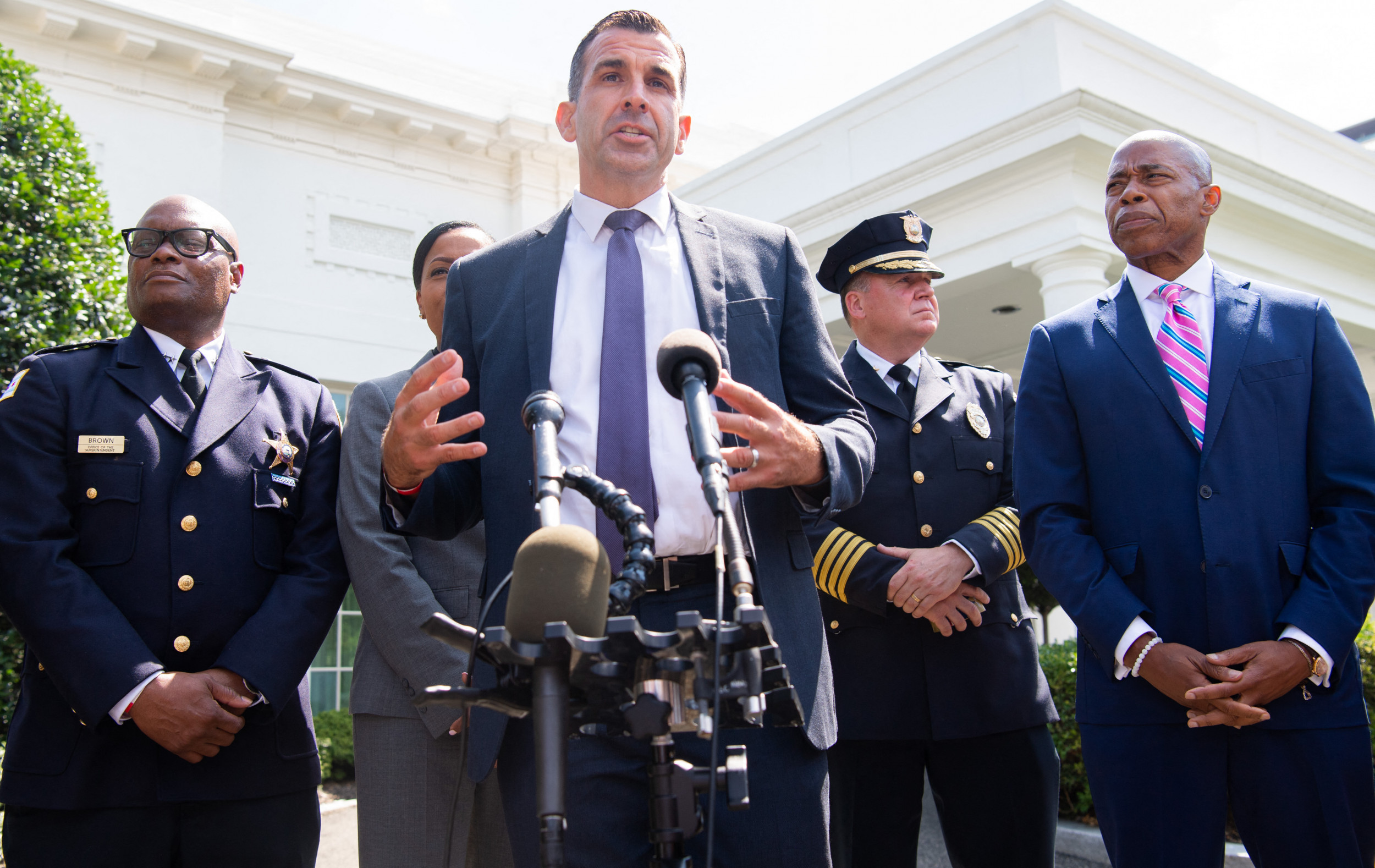 The San Jose City Council overwhelmingly approved the measure on Tuesday, despite opposition from gun owners who argued that it would violate their Second Amendment rights.

The council also voted to require gun owners to pay an annual fee estimated at $25.

In a statement after the vote, Mayor Sam Liccardo said the city was the first in the U.S. to enact such a measure and it would invest funds generated from the fees in “evidence-based initiatives to reduce gun violence and gun harm.”

But the city faces legal battles, with a number of gun organizations vowing to sue.

“San Jose just adopted a gun ownership tax, and our legal team just filed a lawsuit to block it,” the organization wrote in a Facebook post early on Wednesday.

“We’re suing the city of San Jose for adopting a gun ownership tax—a blatantly unconstitutional scheme designed to tax gun owners simply for living in the city and having a gun in their home,” said the association’s president Dudley Brown, in a message urging people to sign a “declaration of public support” for its lawsuit.

Brown added: “Make no mistake, if this ‘first of its kind’ gun tax and other mandates are allowed to stand in San Jose, the rabid gun control lobby will export it to cities and states everywhere. We must nip it in the bud now!”

Gun Owners of California has also said it will sue the city, adding that the city’s residents “will bear the fiscal brunt of a protracted legal battle.”

According to the Associated Press, Liccardo said some attorneys had already offered to defend the city pro bono.

“There is zero logic to these proposals,” Sam Paredes, executive director of Gun Owners of California, said in a statement last week. “The Mayor has admitted that criminals will ignore the law but he believes he’s going to curb gun crime somehow by making the good guys buy liability insurance? This is some oddball reasoning for sure.”

Liccardo announced the proposal in the aftermath of a mass shooting at the Santa Clara Valley Transportation Authority rail yard last May. Nine people were killed by a VTA employee who opened fire on his colleagues. The gunman later took his own life.

The mayor has said that having liability insurance would encourage gun owners to use gun safes, install trigger locks and take gun safety classes.

The insurance would cover losses or damages resulting from any accidental use of the firearm, including death, injury or property damage. If a gun is stolen or lost, the owner of the firearm would be considered liable until the theft or loss is reported to authorities. But gun owners who don’t have insurance won’t lose their guns or face any criminal charges, Liccardo said, according to the AP.

“Anyone hoping that Congress will act to better protect Americans from the scourge of gun violence will be waiting a very long time,” he wrote. “It’s incumbent on local communities to deploy new approaches to tackle this problem because it’s not getting solved by the current approach.”