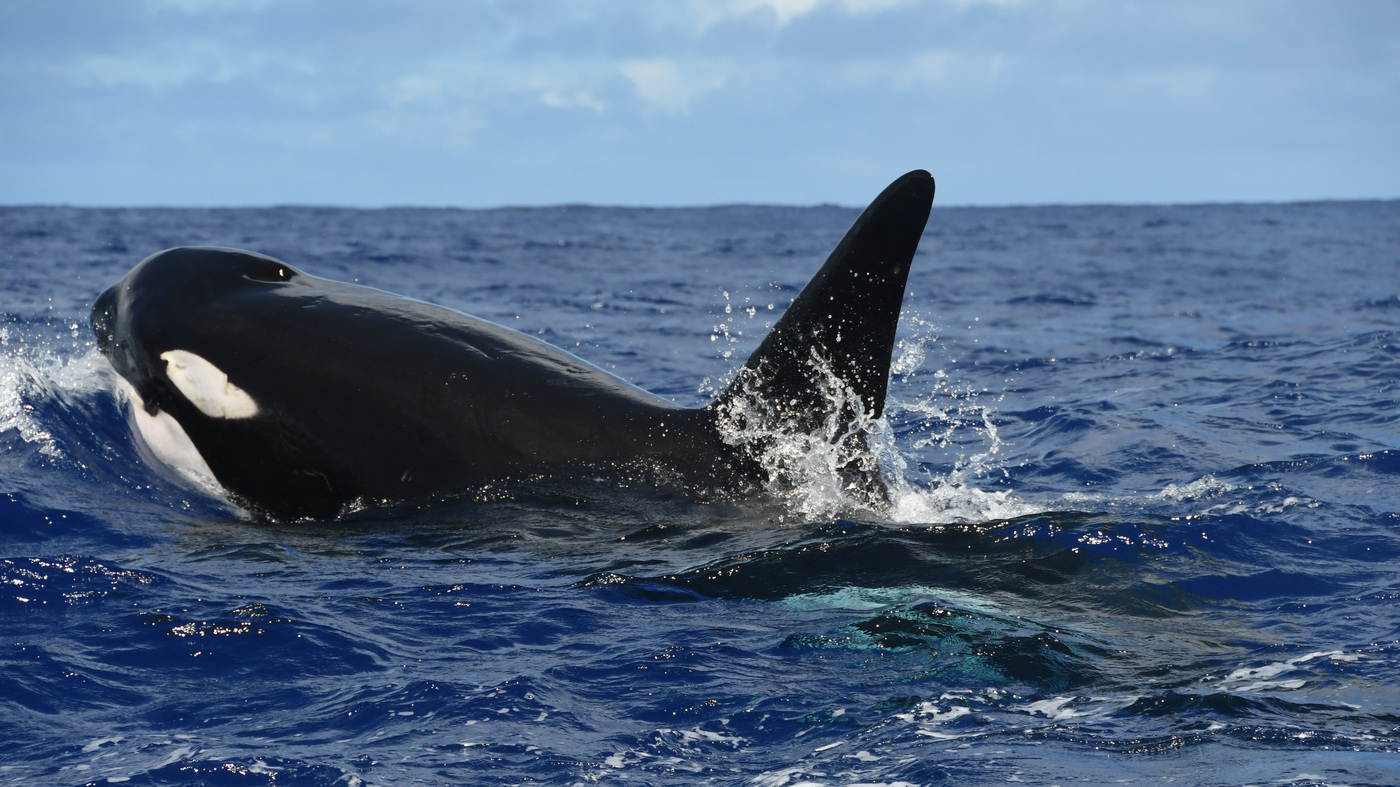 While killer whales are known to attack blue whales, John Totterdell and his colleagues are the first to ever document a successful takedown. And they’ve done it more than once, publishing their findings in the journal Marine Mammal Science.

While killer whales are known to attack blue whales, John Totterdell and his colleagues are the first to ever document a successful takedown. And they’ve done it more than once, publishing their findings in the journal Marine Mammal Science.

It was a stormy March morning in 2019 off Australia’s Western Coast, when whale researcher John Totterdell and his students caught sight of the chase in the water.

The scene was a blur. The first thing they spotted was about twenty black and white shapes in the water – a group of killer whales surrounding something. From the boat, all Totterdell could make out was a much larger gray blue animal at the center of it all.

Then they saw the blood in the water.

“Within seconds we realized, oh my God, a pack of killer whales is attacking a blue whale,” Totterdell, who is lead researcher for the Cetacean Research Centre in Australia, told NPR.

The whale was massive. About 70 feet long. And it was fighting back.

But the killer whales, which were only about a third as big, were making coordinated attacks and working together to exhaust their prey. They took turns, biting chunks of flesh from the largest animal on the planet.

“There was a good 10, 12 that were active in keeping this animal harassed. Wearing it down. Just tiring it out,” Tottedell, whose team recorded the violent hunt recalled.

It went on for hours and eventually, the blue whale got weaker. Sensing their opportunity, two killer whales leapt on top of it, forcing the blue whale under the water until it eventually drowned. The scientists watched as the killer whales ate the larger mammal’s tongue first. Probably while it was still alive.

Totterdell says he doesn’t know why but it appears to be a “preferred cut.”

While killer whales were known to attack blue whales, the team of researchers were the first to ever document a successful takedown. And they’ve done it more than once, publishing their findings in the journal Marine Mammal Science.

Their work, he says, definitely shows that killer whales, which actually belong to the dolphin family, are the top predator in the ocean.

They are so fierce that even great white sharks seem to be scared of them, a recent study shows. According to researchers who had tagged white sharks with a tracking device off the coast of California, just the presence of a pod of killer whales, also called orcas, drove away the sharks for months.

“To take on and successfully take down an adult blue whale has lifted the bar way higher than I would ever imagine,” Totterdell said.

The gruesome video footage of the encounter between the blue whale and the gang of killer killer whales rocked John Calambokidis, a blue whale biologist at Cascadia Research.

“As a scientist, I tend to look at these things sometimes less emotionally, but I’m affected by it emotionally,” Calambokidis confessed to NPR.

But, he said, even though it’s hard to watch, it’s a part of nature.

He noted that one reason these types of attacks have been so difficult to document is because blue whales, which are currently listed as endangered under the Endangered Species Act, used to be rare. The enormous beasts were decimated by commercial whaling in the 20th century.

But their numbers have rebounded in recent decades. Calambokidis believes that “as whales and large whales recover, we might see that these attacks become more common as that becomes a more frequent and available prey again.”

Also in their favor is the tight-knit nature of killer whales families. Pods are led by a matriarch and once they have a skill, they pass it along from one generation to the next within their family group. So, with each successful strike against a blue whale, they are relearning and expanding their pod culture.