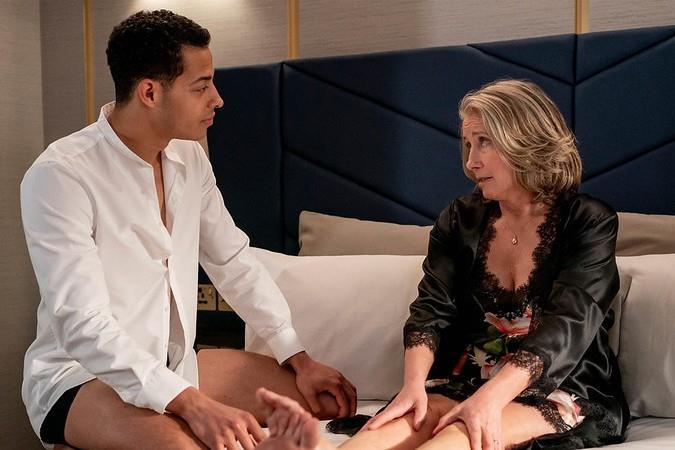 The Sundance sales trickle continued on Wednesday (26) as Searchlight Pictures confirmed it had acquired US rights to Good Luck To You, Leo Grande starring Emma Thompson and Screen Star Of Tomorrow 2021 Daryl McCormack and has set an exclusive streaming release on Hulu.

Searchlight pursued Sophie Hyde’s two-hander following its debut last Saturday (22) in the Premieres section of this year’s online festival. Leo Grande will be branded a Hulu Original film and centres on a retired school teacher who hires a young sex worker to experience pleasure, connection and self-worth.

Katy Brand wrote the screenplay and Debbie Gray of Genesius Pictures and Adrian Politowski of Align produced. Searchlight brokered the deal with CAA Media Finance on behalf of the filmmakers and Cornerstone handles international sales.

No release date had been set for Leo Grande at time of writing, however it would appear to be a robust awards contender for Thompson’s performance. The deal follows Searchlight’s pre-buy on Sundance horror Fresh, which will debut as an Original exclusively on Hulu on March 4 in the US, followed by a spring launch on Star+ in Latin America and Disney+ in other territories.

The deal, pegged at an unconfirmed $7.5m in one trade, reflects the growing synergy between Searchlight and Hulu, who partnered on the acquisition at Sundance last year of awards contender Summer Of Soul. A streaming-only release also caters to viewers who feel uncomfortable going to the cinema during the pandemic. While Leo Grande’s target audience is female, a fair proportion of that demographic will be older.