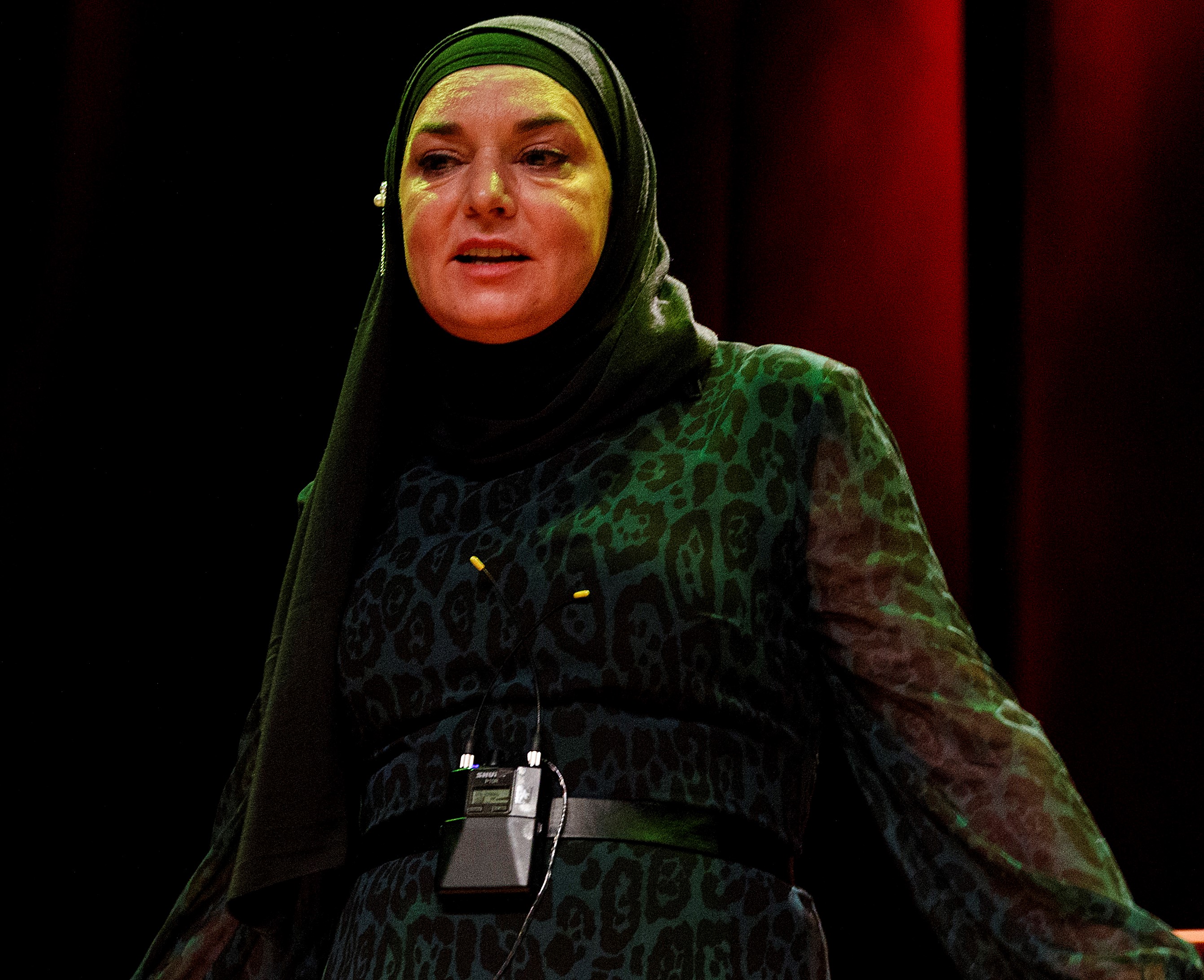 Sinead O’Connor has apologized for criticizing Ireland’s authorities following the death of her teenage son.

The Irish singer/songwriter announced the death of her 17-year-old son Shane in a tweet on Saturday that said he had “decided to end his earthly struggle today and is now with God.”

She said that two days before his death, he had been reported missing. His body was found in the Bray/Shankill area of Dublin on Friday. O’Connor also tweeted the Bob Marley song “Ride Natty Ride” alongside a photo of her son, whom she described as “the light of my life” and “my blue-eye baby.”

In a series of now-deleted tweets, she condemned authorities including the Irish health service HSE and the child and family agency Tusla, for their “refusal to accept responsibility” for the death of her son who had been “on suicide watch” at Tallaght Hospital in south Dublin.

In another post, she said “may God forgive the Irish State for I never will” as she tweeted that Tusla wanted to discuss a “media release,” which she said was an attempt “to make this death of my child seem like it wasn’t at the hands of the Irish State.”

On Tuesday, O’Connor rowed back on her criticism, tweeting: “Ok, I’m gonna do the right thing here and apologize for my lashing out. Tusla are working with very limited resources. They loved Shane. They are broken hearted. They are human. I am sorry I have upset them. It’s not their fault.

“The issue is.. we are a third world country. We have 12 beds in special care for suicidal teenagers. And no resources to save those who can’t manage life. 128 ICU beds in the whole country. Tusla did their best. We all did: and I am deeply sorry to have blamed anyone.”

Shane, whose father is the musician Dónal Lunny, was one of O’Connor’s four children. O’Connor, 55, who shot to fame with the 1990 global hit “Nothing Compares 2 U,” said that her son’s funeral will only be attended by “his mother and father” which was “the wish Shane expressed in his suicide notes.”

The Irish Times reported that the case will be investigated by Ireland’s National Review Panel. The panel was established in 2010 to investigate serious incidents, including the deaths of children in care and the child protection system.

In a media statement on Monday, Tallaght Hospital said: “The HSE cannot comment on individual cases when to do so might reveal information in relation to identifiable individuals, breaching the ethical requirement on us to observe our duty of confidentiality.”

If you have thoughts of suicide, confidential help is available for free at the National Suicide Prevention Lifeline. Call 1-800-273-8255. The line is available 24 hours every day. If someone you know appears to be contemplating suicide, visit Bethe1To.com for assistance.